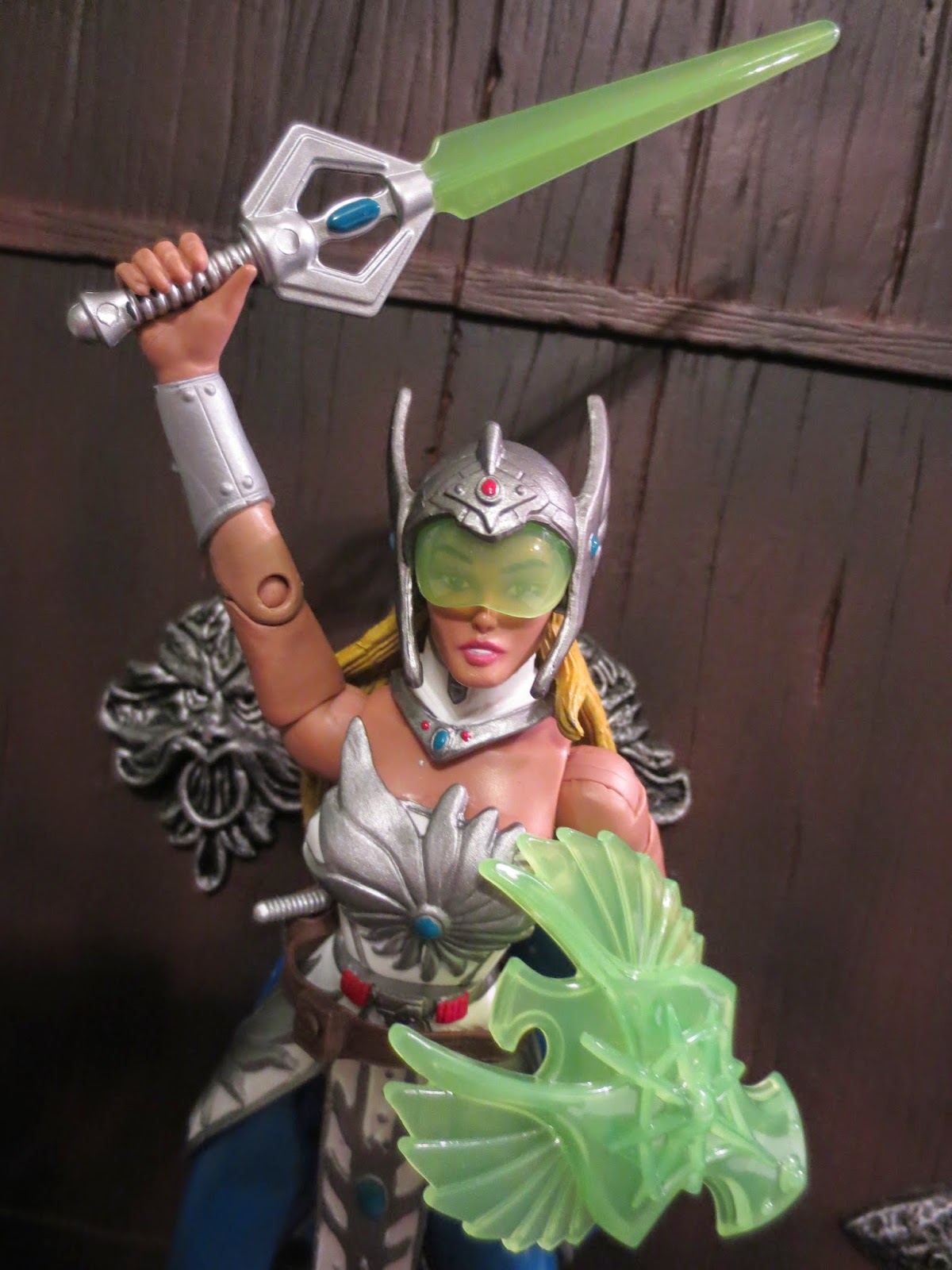 Since New York Toy Fair 2015 is coming up this weekend I figured it was time to get this article out! Maybe it's because I like the line so much (and also because I end up with nearly everything due to the subscription model) but I can't help ranking my favorite and least favorite Masters of the Universe Classics releases every year (you can find the 2013 list over at ThEpic Review). I actually do this as the figures arrive and I first receive them, so it is an ongoing process throughout the year.
This was an interesting year as it was very heavy on POP figures, featured lots of vintage holdouts, and a number of figures that I was really looking forward to that ended up disappointing me.

For 2014 I'm counting 29 separate Masters of the Universe Classics releases in the line (30 if you count the Imp chest, which I didn't pick-up). Here are my top 10 favorite figures followed by my five least favorite for the year. Click on the names to head to a review of the figure (either mine or a review from another great site). Enjoy and let me know if you agree, disagree, and why! 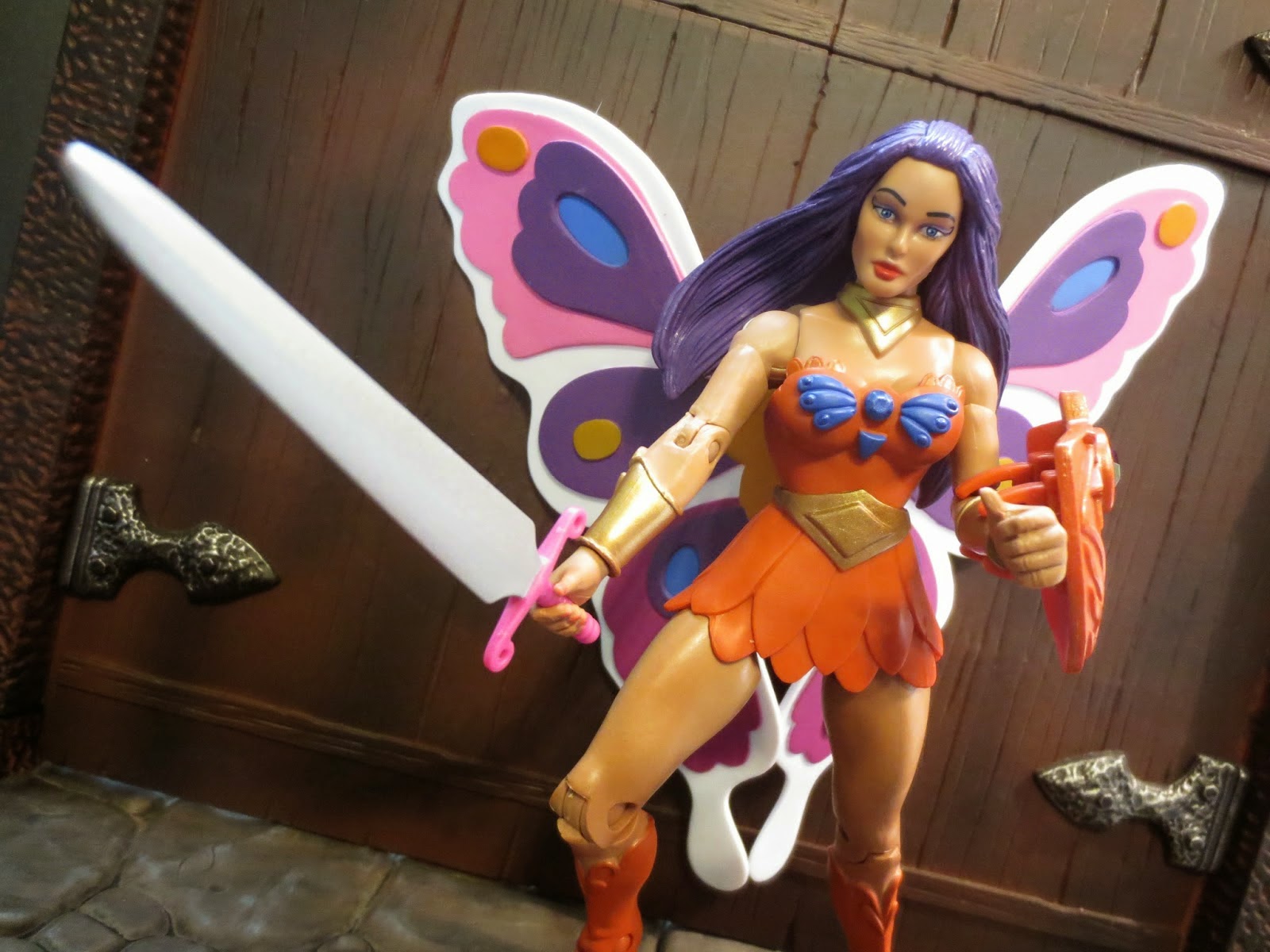 While I'm a pretty big Princess of Power fan, Flutterina was not one of my most anticipated figures. When I finally got her in hand, though, I was blown away by her vibrant color scheme, her cool wings, and her gorgeous head sculpt. She really surprised me with her unique and colorful appearance. I also like that she has an offensive weapon, even if it is a reused weapon. 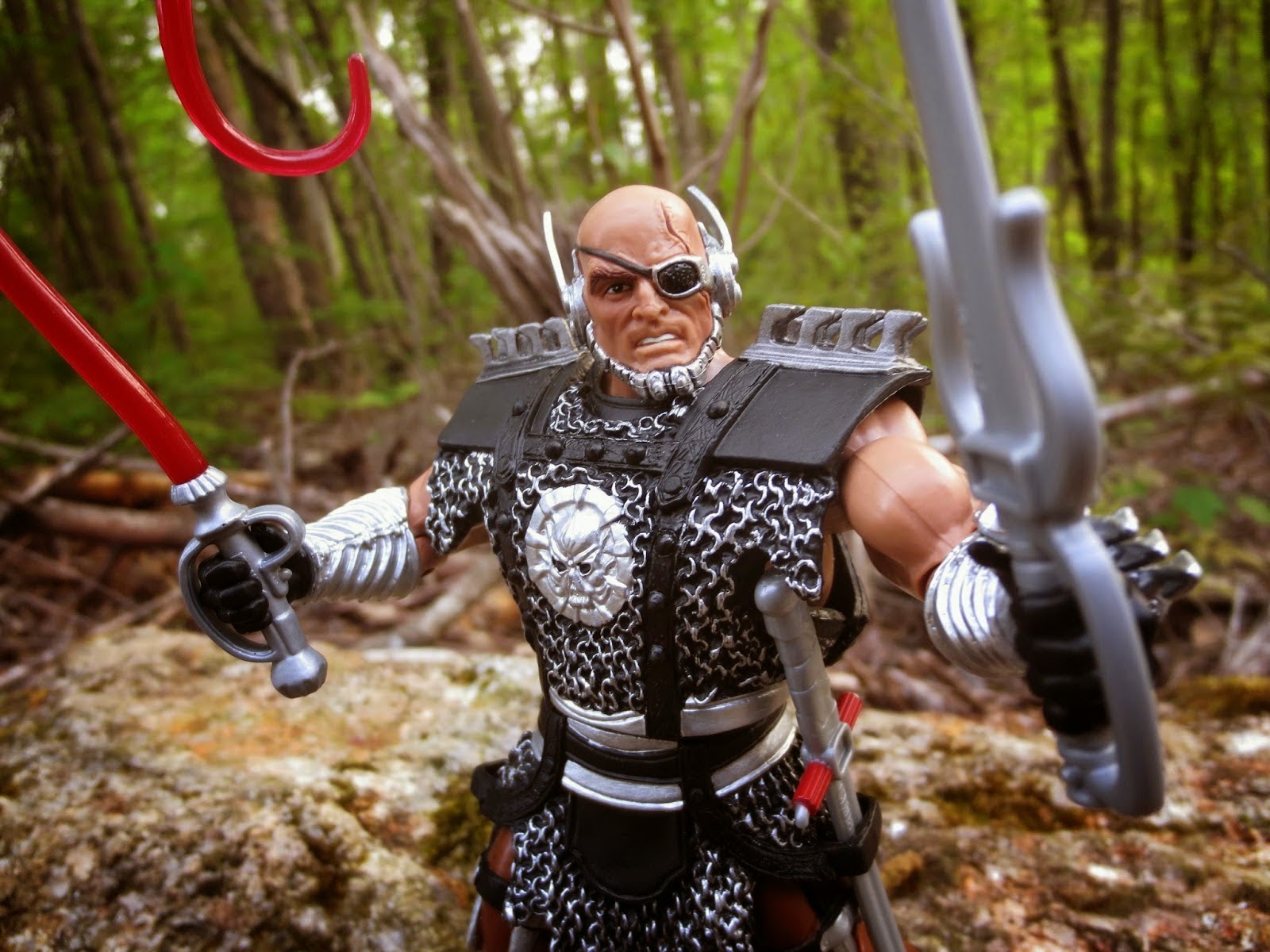 As a big fan of the Masters of the Universe movie I was already predisposed to liking Blade. I love his blend of traditional armor with more technologically advanced gadgets. With great accessories like a laser whip and two swords and some excellent paint work, Blade was one of the highlights from the line for me earlier in the year. 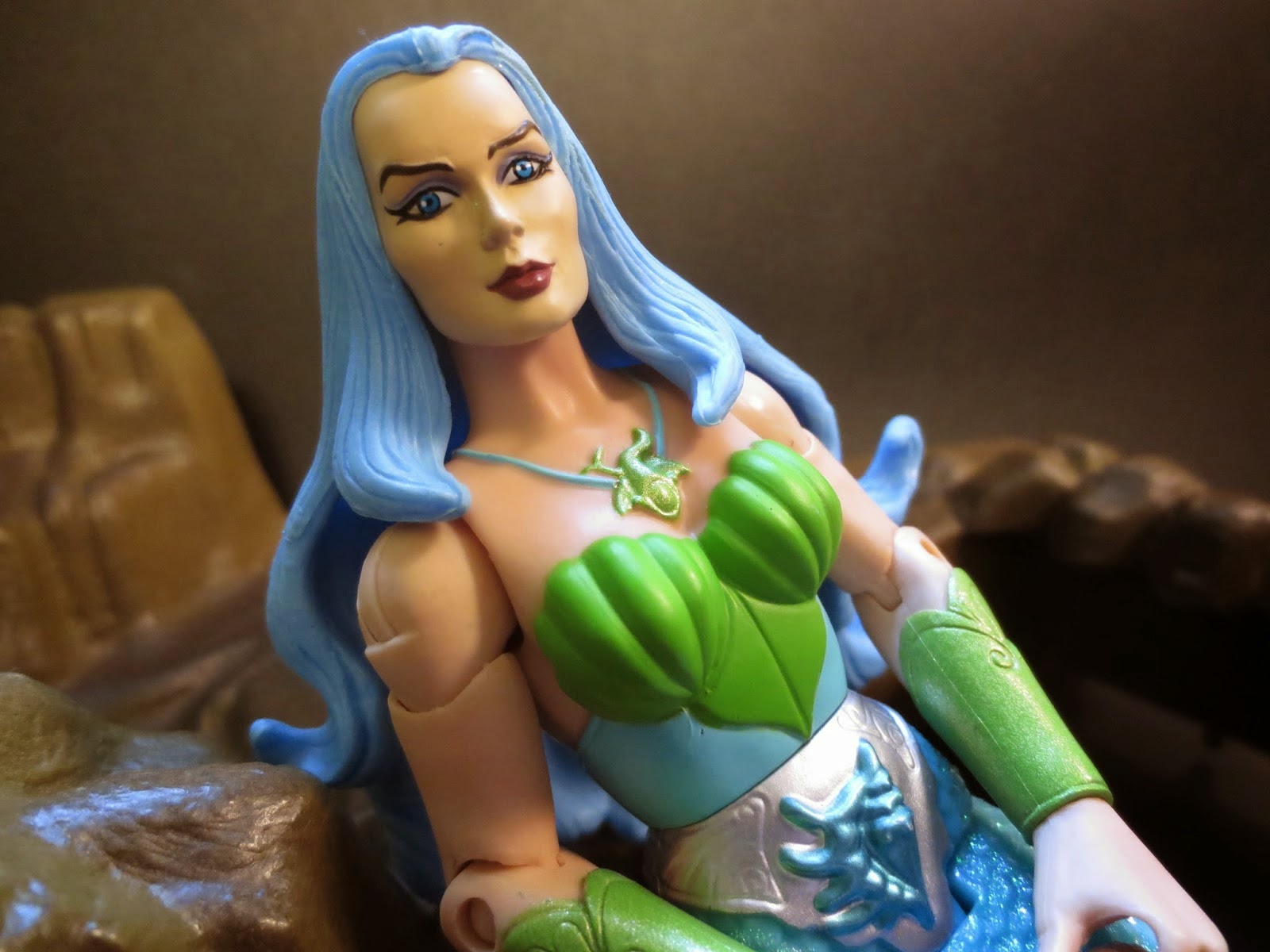 Here's another POP character that I wasn't anxiously anticipating that stunned me with her utter coolness. Yeah, I know folks don't like her alternate "human" legs, but Mermista's mermaid tail is incredibly cool. I love the way that MOTUC covers so many different fantasy archetypes and having a heroic mermaid just adds another to the list. Plus, the glittery tail and conch shell horn just get me all giddy. 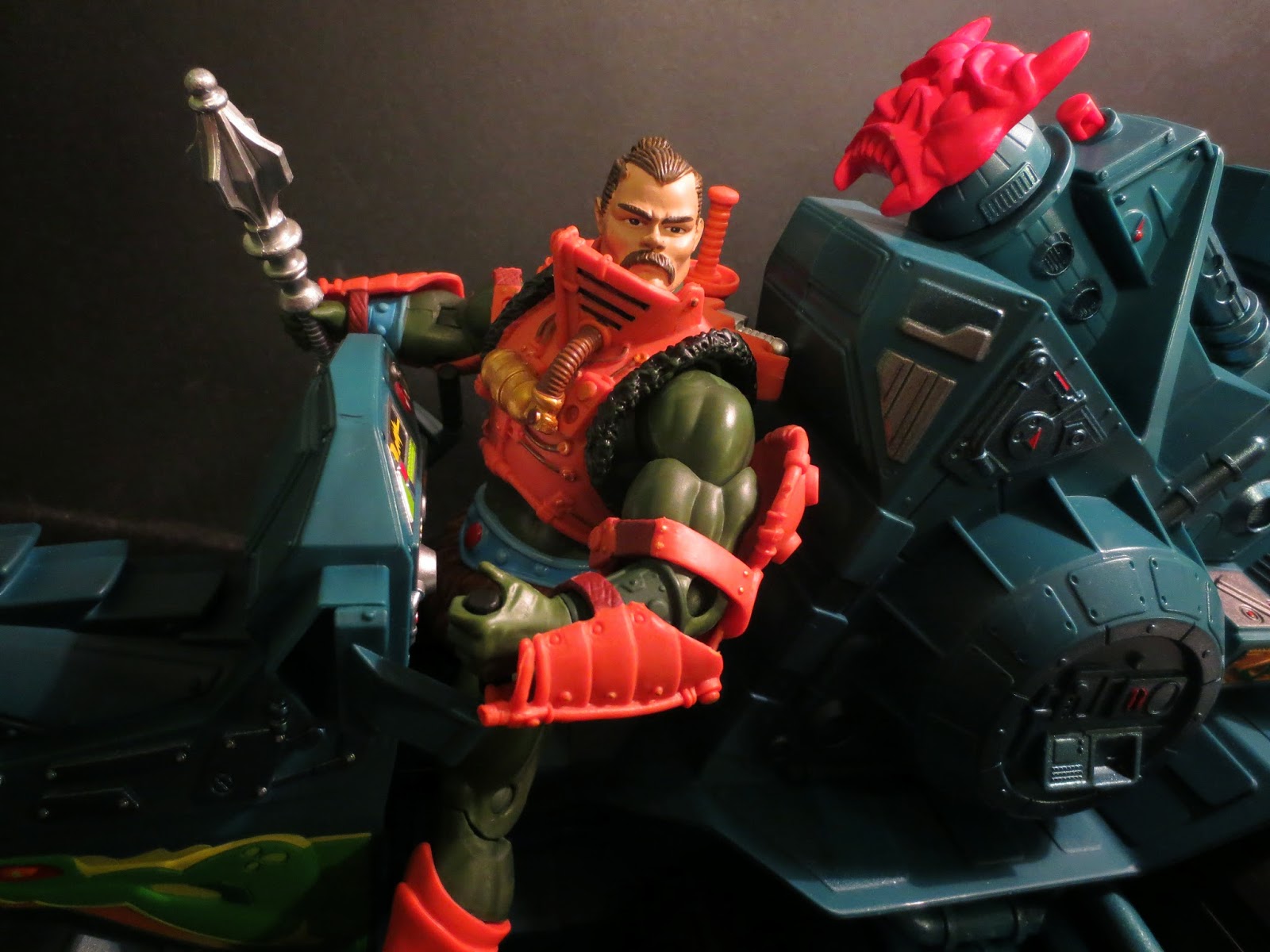 The Battle Ram was a nice surprise later in the year and definitely satisfies me that if we never get another vehicle, I'll be content. It's fairly large and has some awesome sculpting that really improves on the vintage toy in every way. The 200x inspired Man at Arms was a nice inclusion with this set, even though it really raised the price. Still, I've mostly forgotten the negatives and now have this bad boy on my shelf. 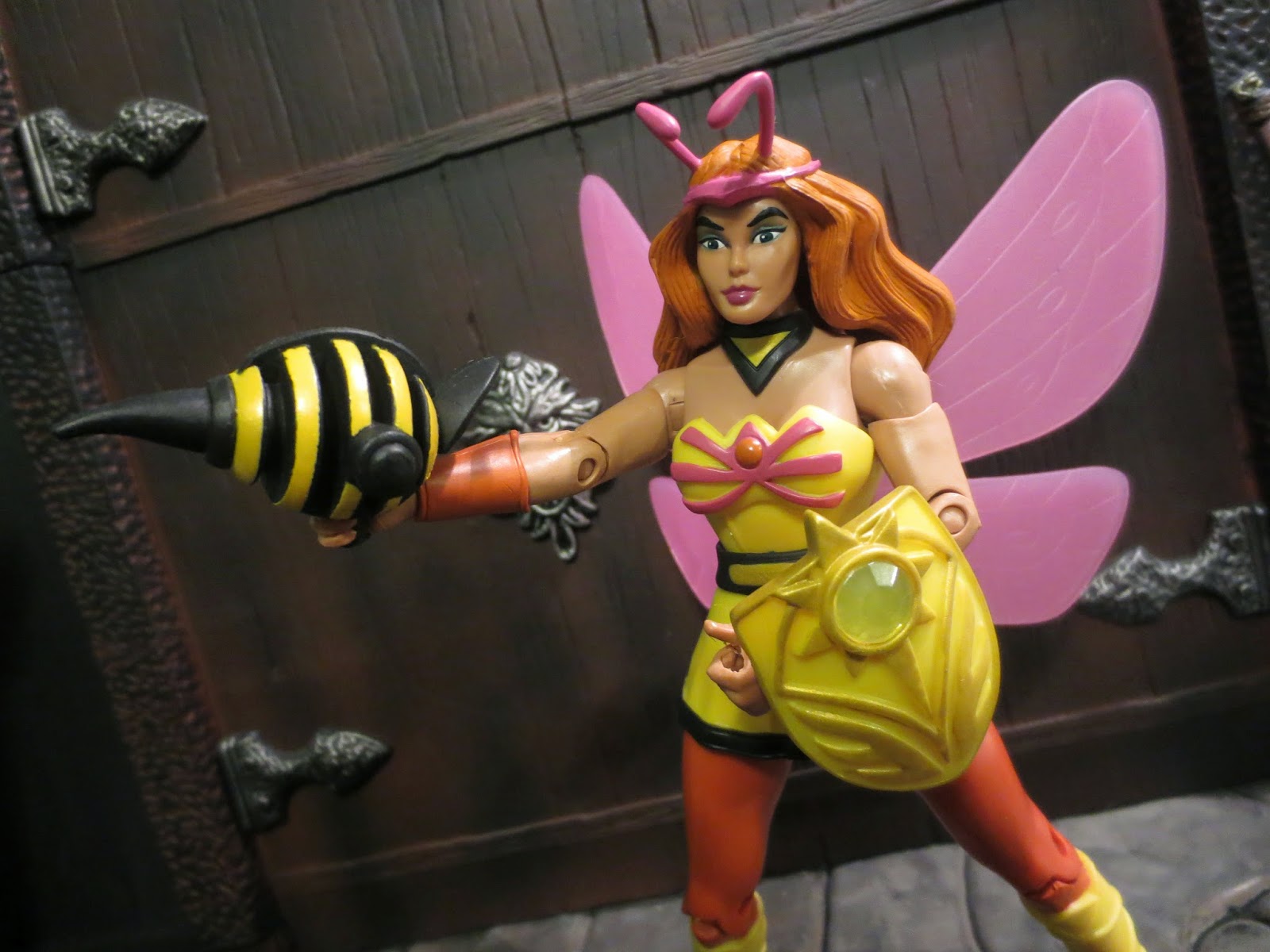 Here's another POP figure that wasn't one of the main characters I was looking for but who wowed me with her bright colors and cool accessories. I just love that she has an alternate helmeted head and the cool gun that looks like a bee's stinger. She's lots of fun! 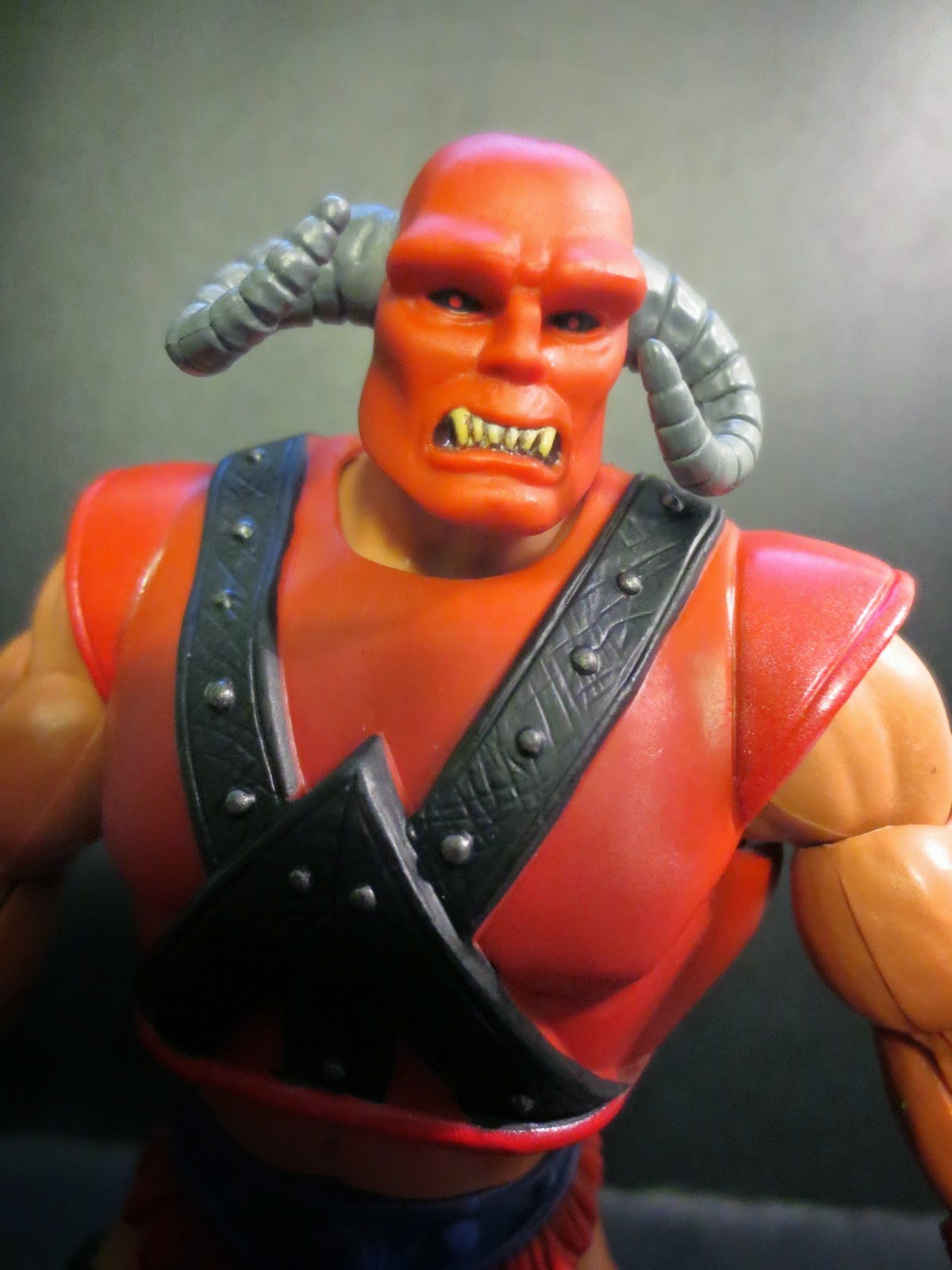 While most of the "old-school" MOTU characters have been released already, Goat Man still delivers that same bizarre barbarian themed goodness as most of the figures from the first few years of the original line. He's an obscure character but he has a great design, headsculpt, and some very cool accessories. His hammer and Staff of Avion are two of the coolest accessories of the year! Goat Man is definitely the coolest traveling convention exclusive figure yet. 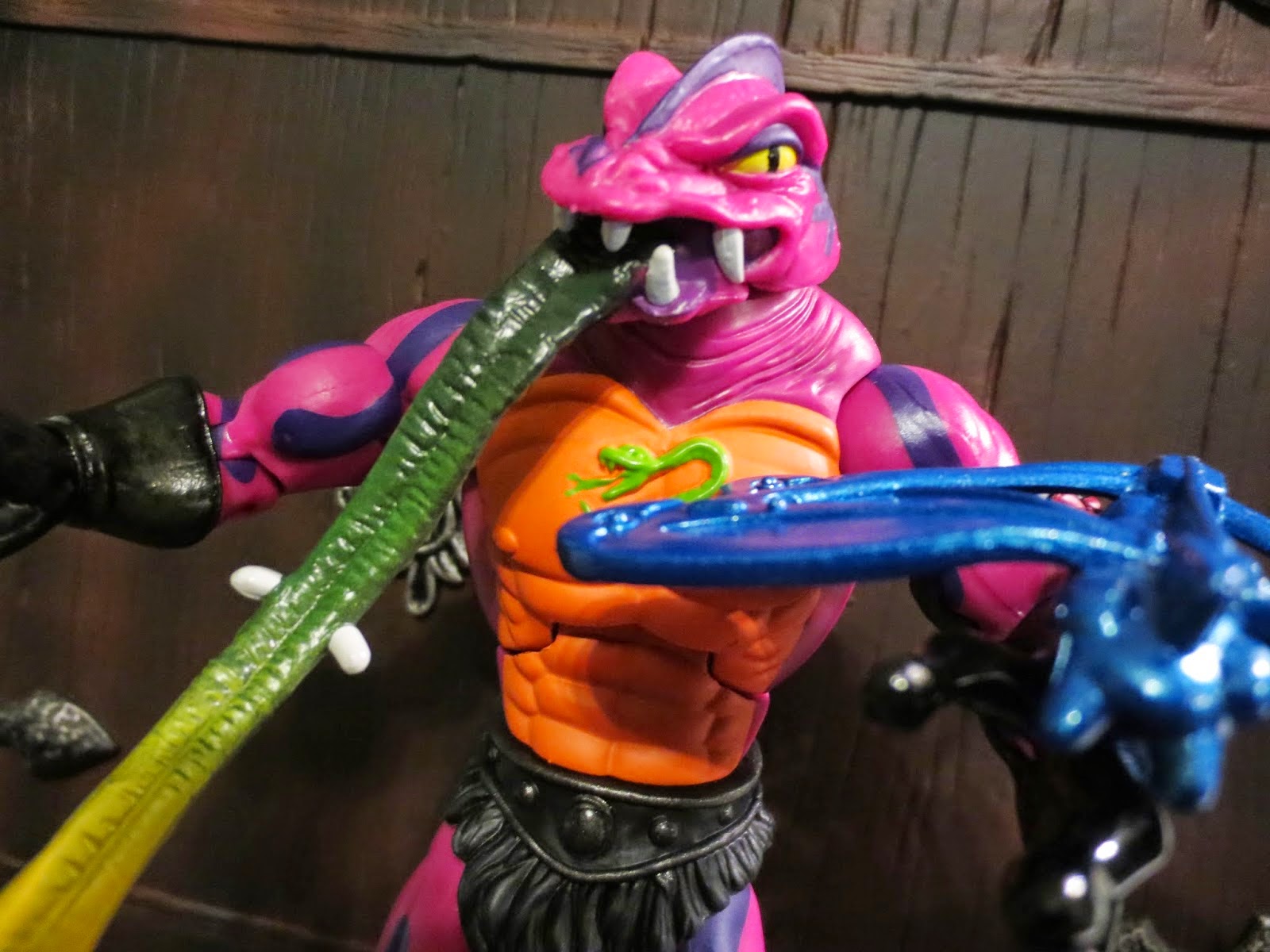 Tung Lashor is one of my favorite Snake Men and definitely one of the best figures released in 2014. Honestly, he'd be pretty high up there as a favorite in the overall line. Great sculpt and paint (he's so vibrant), cool updated accessories, and an alternate head that shows off his crazy tongue based abilities. What's not to love? 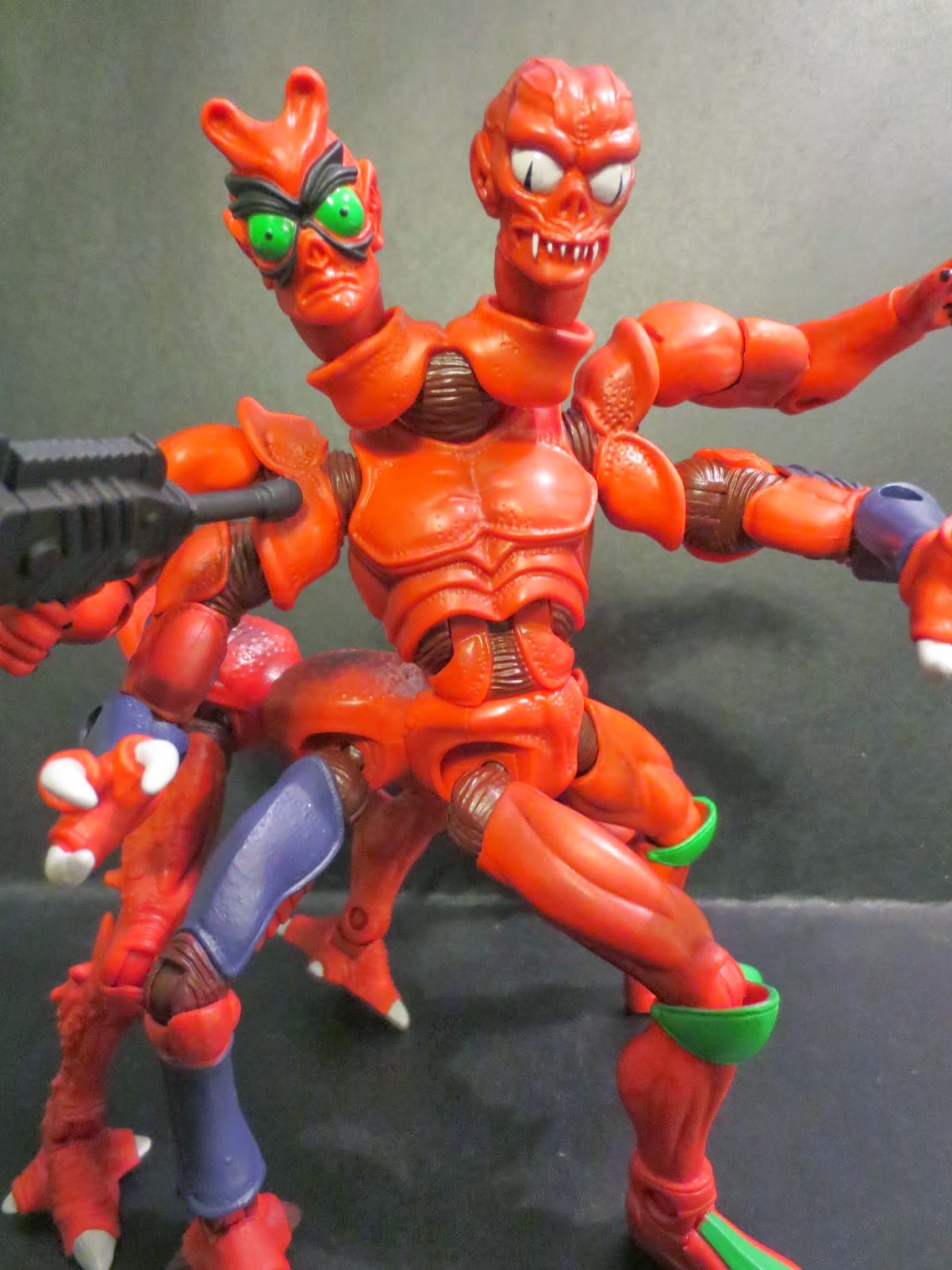 While Modulok was never one of my favorite Horde members, I definitely was anticipating the figure in MOTUC. It was nervous anticipation, however, as it seemed that Modulok, with multiple interchangeable parts, could be a recipe for disaster. I was one of those folks who honestly just wanted the figure to be released as a normal toy in the character's most traditional look. Fortunately, Mattel not only gave us a functional Modulok, but they gave us one of the best toys in this line so far. The articulation and quality control is amazing, as is the sculpt and paintwork. Modulok turned out flawlessly! 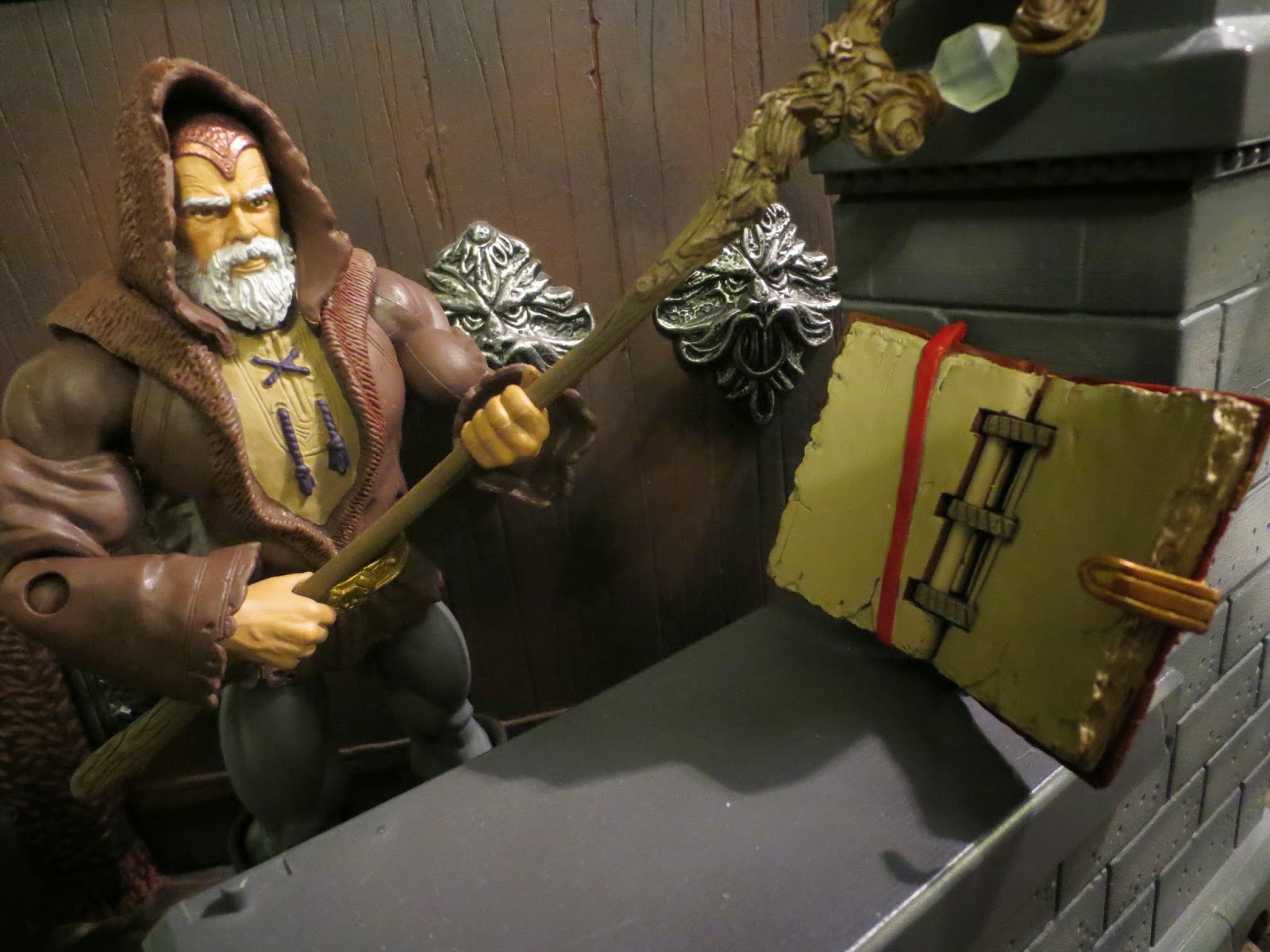 Eldor has long been one of my most a anticipated figures for MOTUC and I can't say that I'm disappointed with the figure. I really like how the Four Horsemen built on the vintage prototype to create one of the coolest fantasy wizard action figures ever. His details and accessories are so well done that you might mistake him as being from another line. Still, he looks awesome with the rest of the MOTUC and Preternia crew. These straight up fantasy figures are some of my favorites in the entire line! 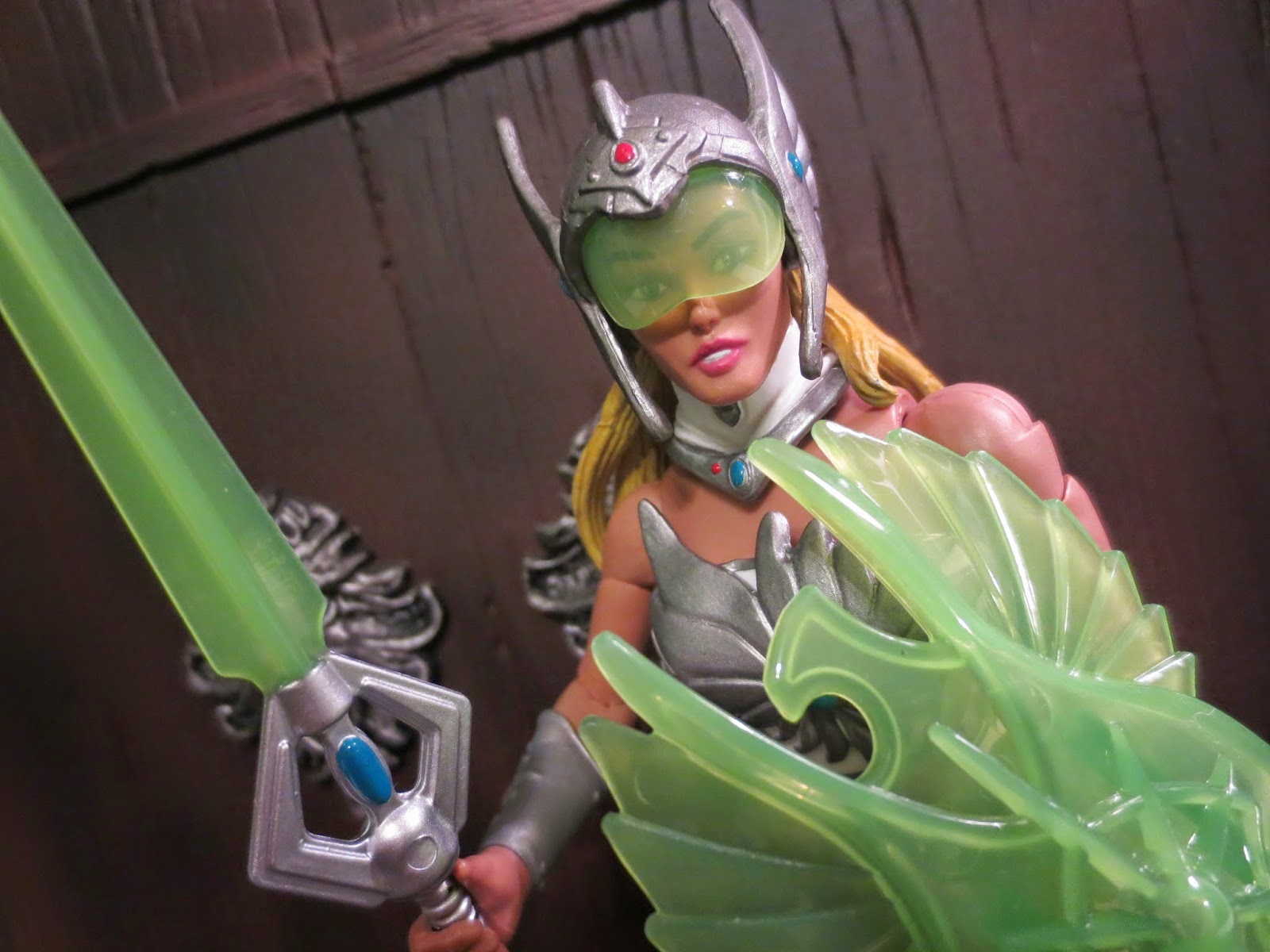 As a huge She-Ra fan I was excited to finally see He-Man's twin sister make the transition into space. I love the Valkyrie influenced "space fantasy" design of her costume! With an excellent paintjob, multiple cool accessories, and a great concept, Galactic Protector She-Ra turned out to be my favorite figure of 2015. This is the kind of stuff I like to see when moving the line forward! I don't New Adventures of every character (I still do want Teela from the Jetlag cartoon, though) but creatively expanding the story really does appeal to me!


And now it's time for my bottom five. While there were a great number of awesome figures this year, there were still a few that either disappointed me or left me feeling a bit cold. From the best of the worst to the bottom of the heap, here's the countdown...to the very bottom.... 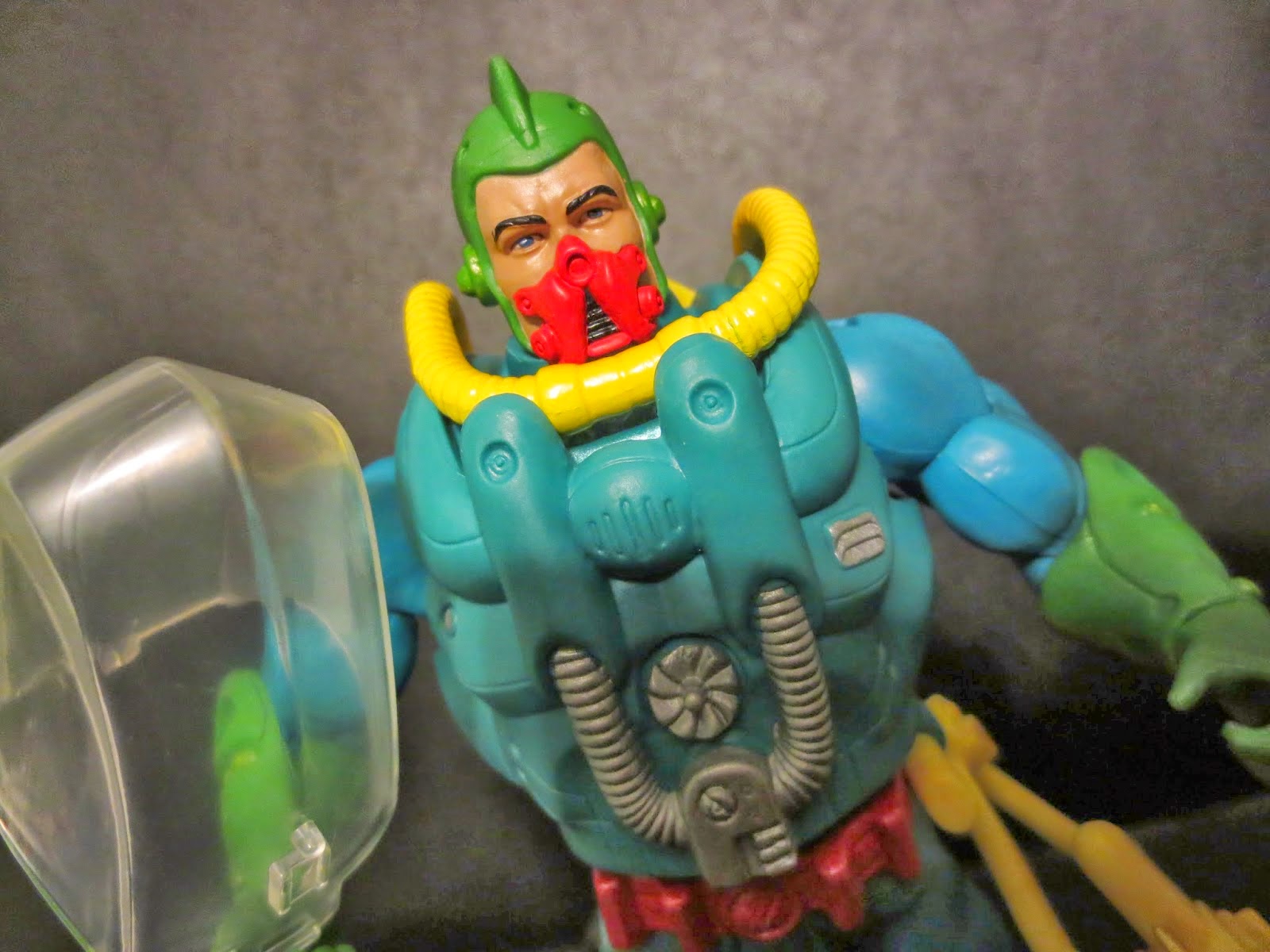 I like Hydron and was really, really looking forward to him. Unfortunately, he's jus incredibly flawed. His armor is too bulky, his air tank attached awkwardly to the dome, and he doesn't have an alternate head which limits his usefulness. I don't dislike this figure or the character; I'm just disappointed by knowing how awesome he could have been. 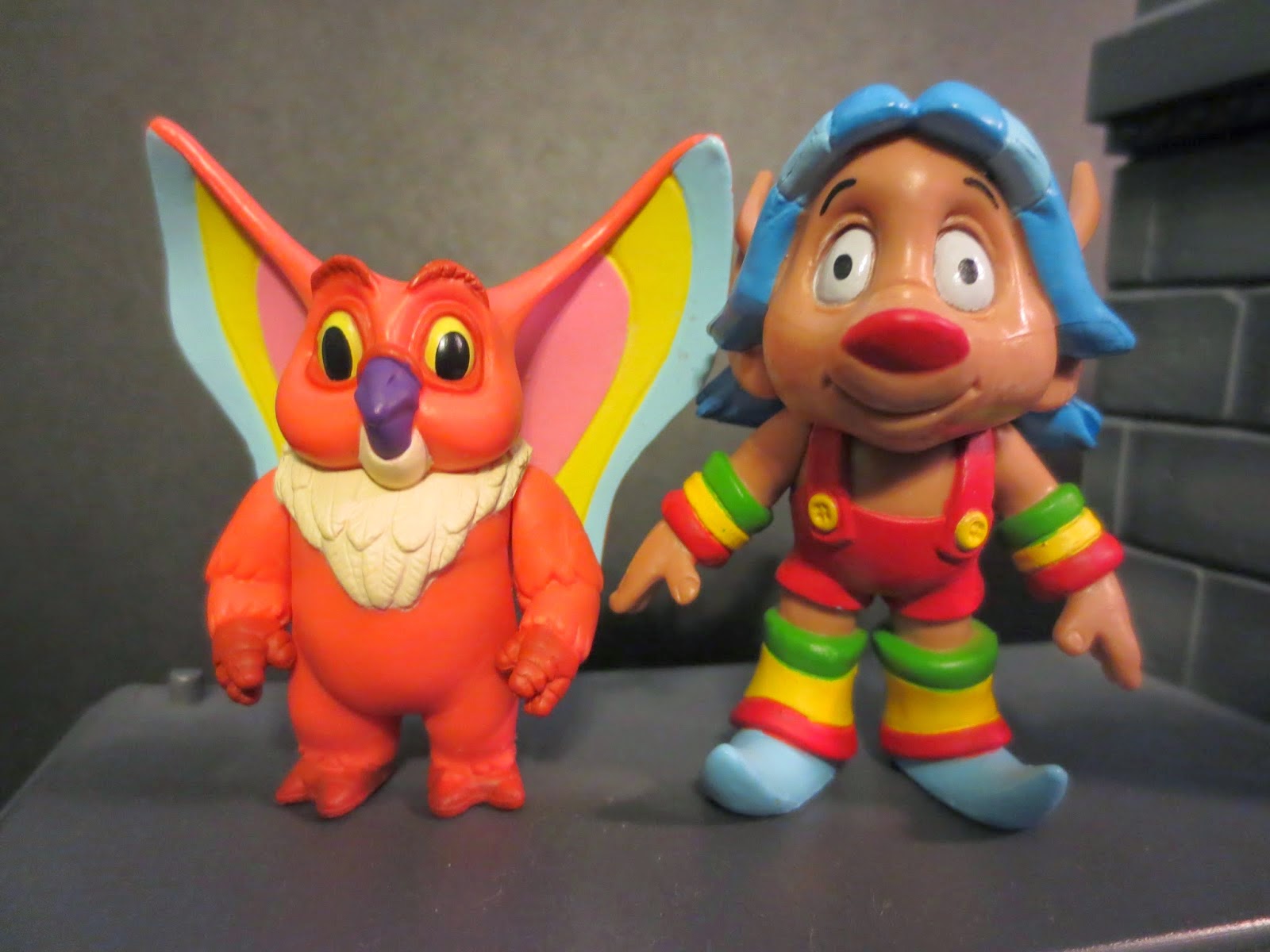 
This two pack was another one of those poor ideas that Mattycollector thought made toycollecting "fun": Putting these figures online at random times. Fortunately, they weren't too hard to obtain. These guys were overpriced, under-articulated, and under-accessorized. They should have been pack ins with other figures. Also, Loo-Kee just looks really off model to me. 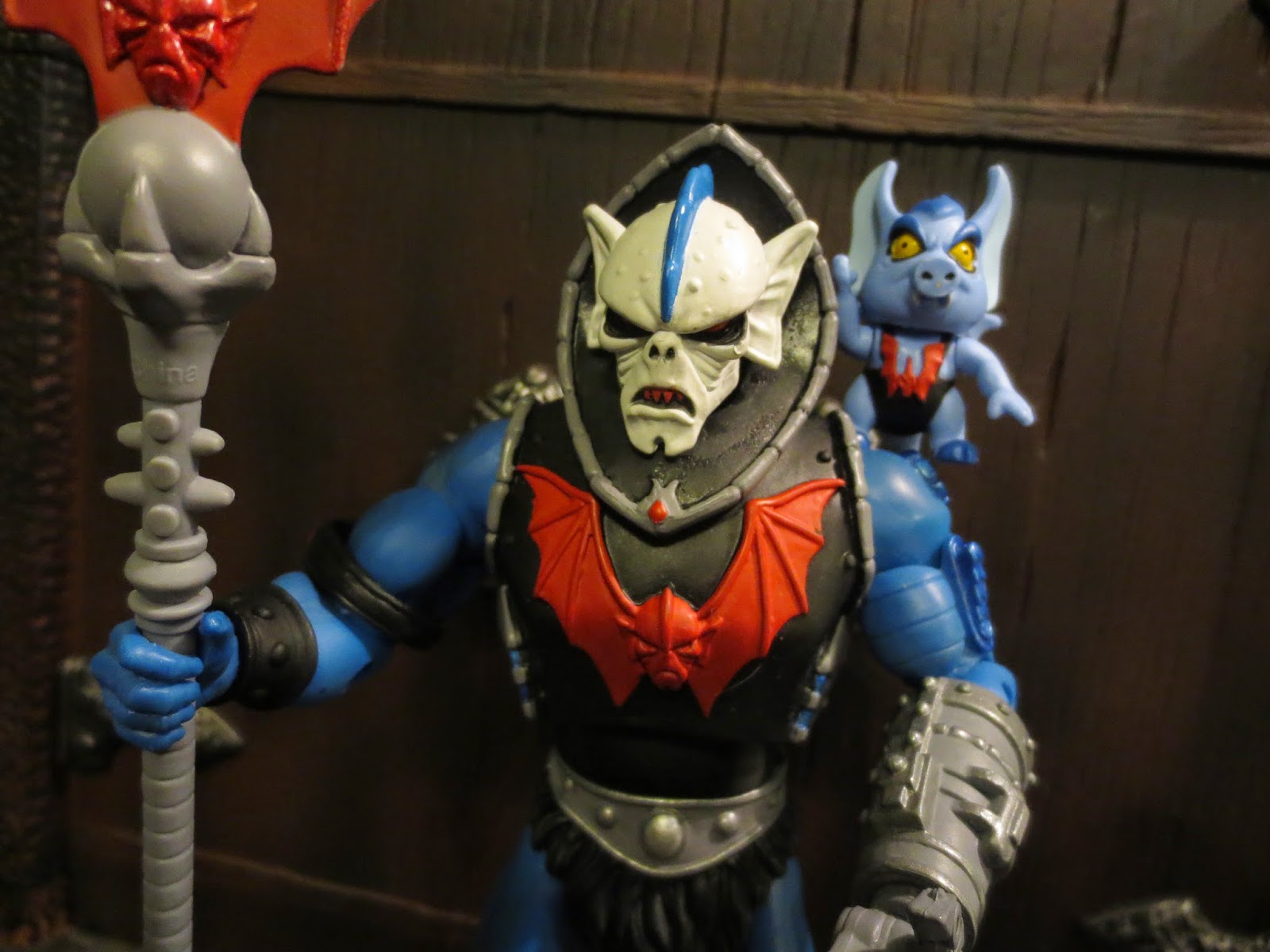 Imp has been my most wanted figures for quite some time, so it sucks that he came saddled with such a turd. Mattel's SDCC exclusives are usually pretty elaborate and impressive but this interpretation of a Filmation Hordak was basically a glorified repaint. The lack of a new head and any cool arm attachment other than the claw really soured me on this figure. This was a pretty big misstep. 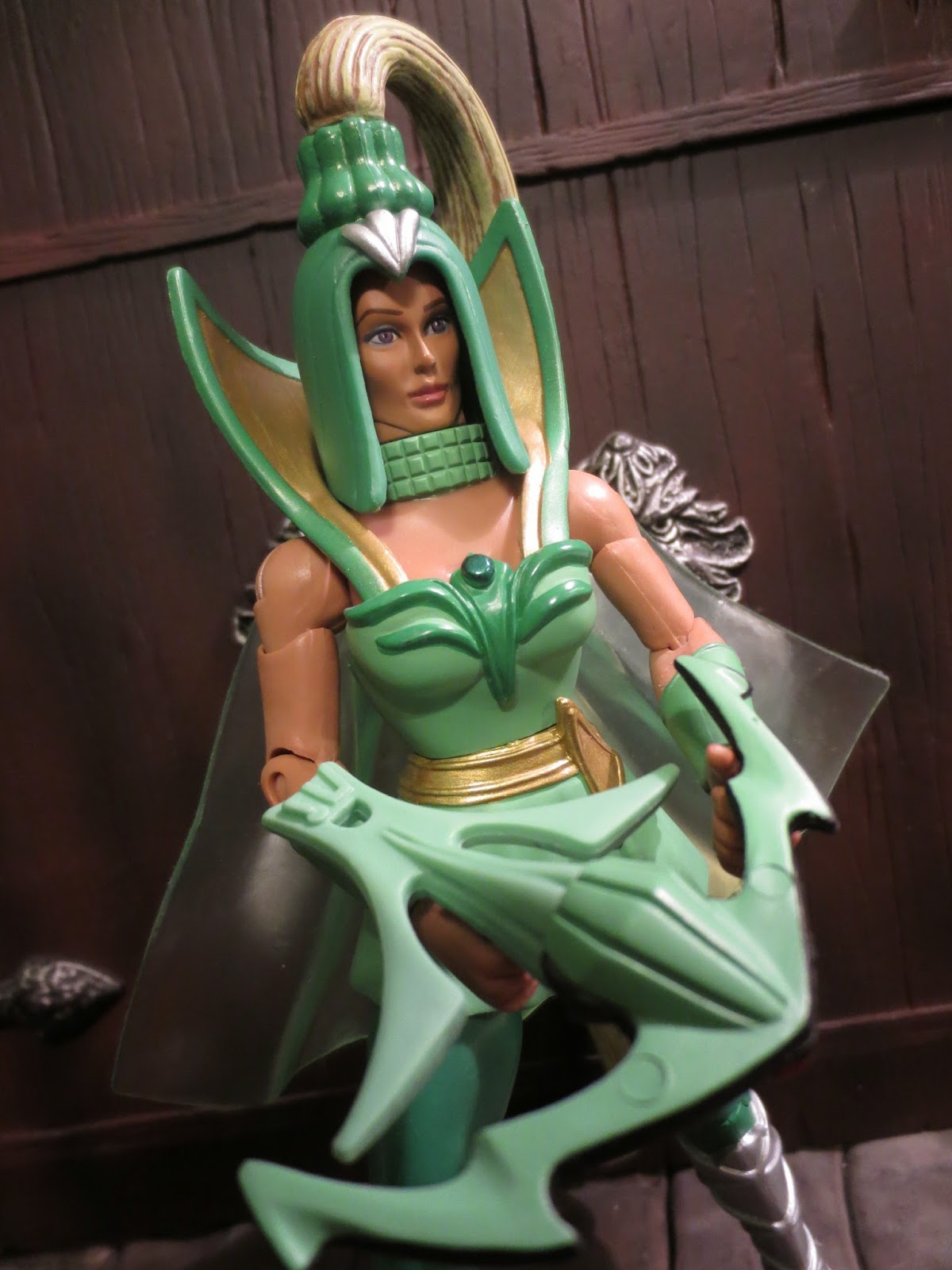 I really wanted to like Double Trouble (or Double Mischief as she's being called these days) thanks to her cool color scheme, unique role in the Great Rebellion, and cool action feature. Unfortunately, she is so awkwardly designed that all of the good aspects of the figure are almost immediately forgotten. The awkward way the head cylinder was handled screwed up a figure that might have had a chance of being on the "Best of" list and left us with a real stinker. 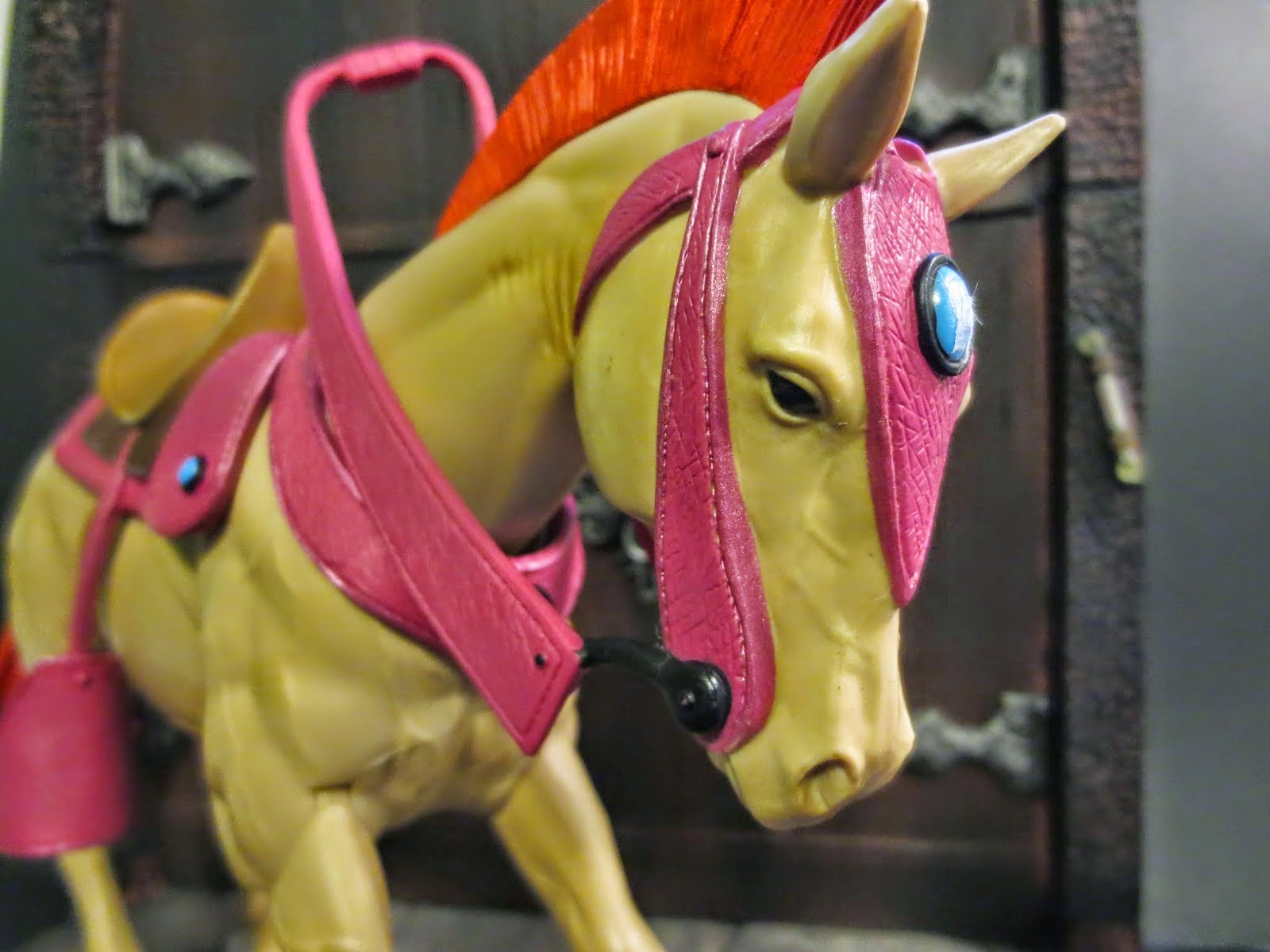 What can I say about Arrow that I didn't say in my review? Not much: His colors clash, he's boring, and he just feels so unnecessary at this point in the line.