I know some of you just don't care for the My Little Pony: Friendship is Magic reviews but you know what? This is my site and I'll review whatever the heck I want. I'm all about the variety, y'know? Anyways, today I'm looking at another figure from Funko's My Little Pony Vinyl Collectibles line. As with the rest of the figures in this line these are solid vinyl, non-articulated figures that are a bit larger but much more show accurate than what Hasbro produces. I'm a big fan of the cartoon and since my little daughter has a ton of stuffed ponies of her own (she has a MLP themed nursery) I decided last year that I wanted to get in on the fun, too! After receiving Fluttershy for Christmas the only member of the Mane 6 I needed was Rarity but I'd never seen her in a store or at a reasonable price online. Just this past weekend, though, I happened upon her on Amazon for $12 bucks. I snapped her up and now my Mane 6 is complete! Ready for a look at everyone's favorite seamstress and fashion designer? Then give me a brohoof and join me after the break... 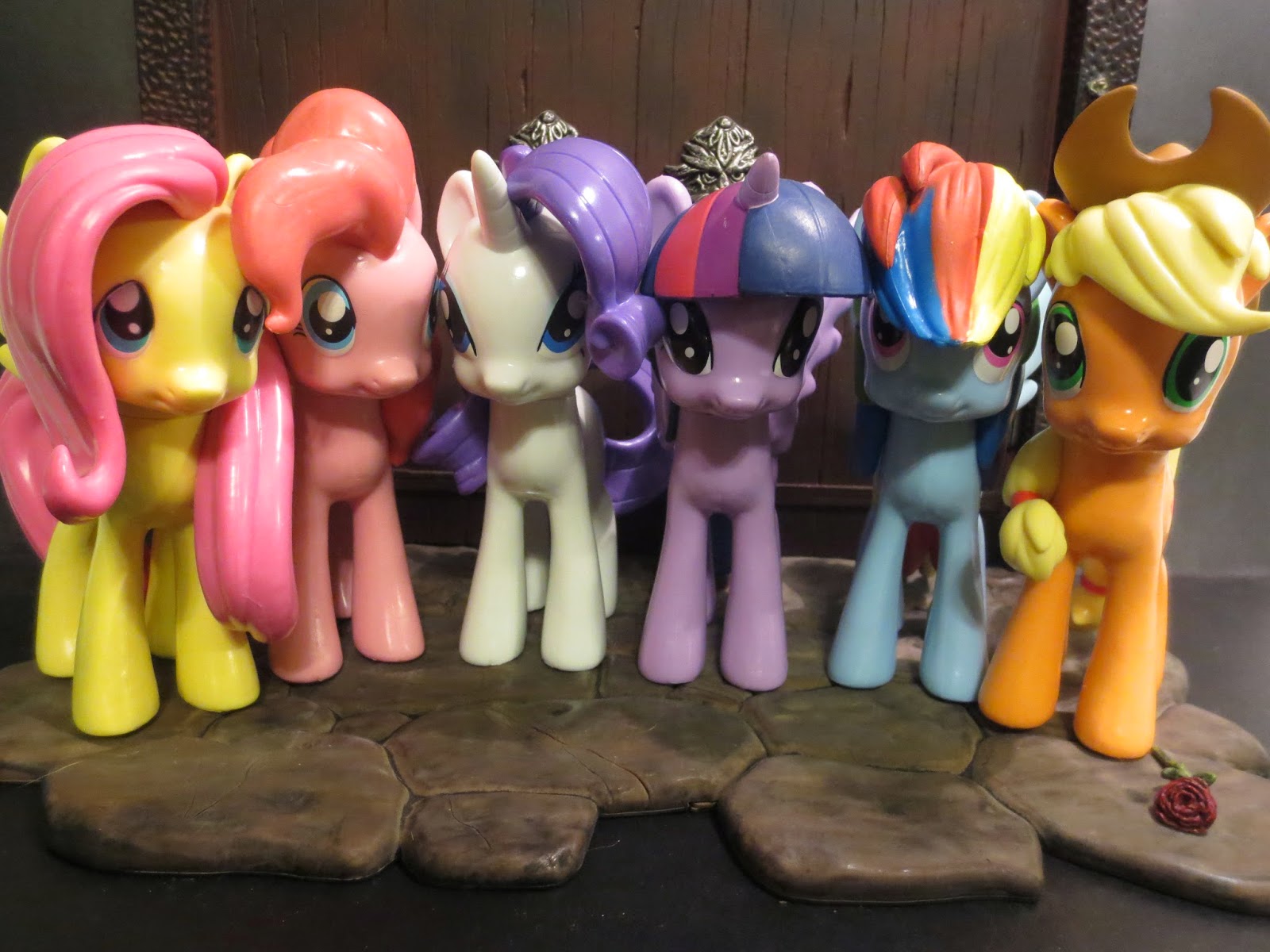 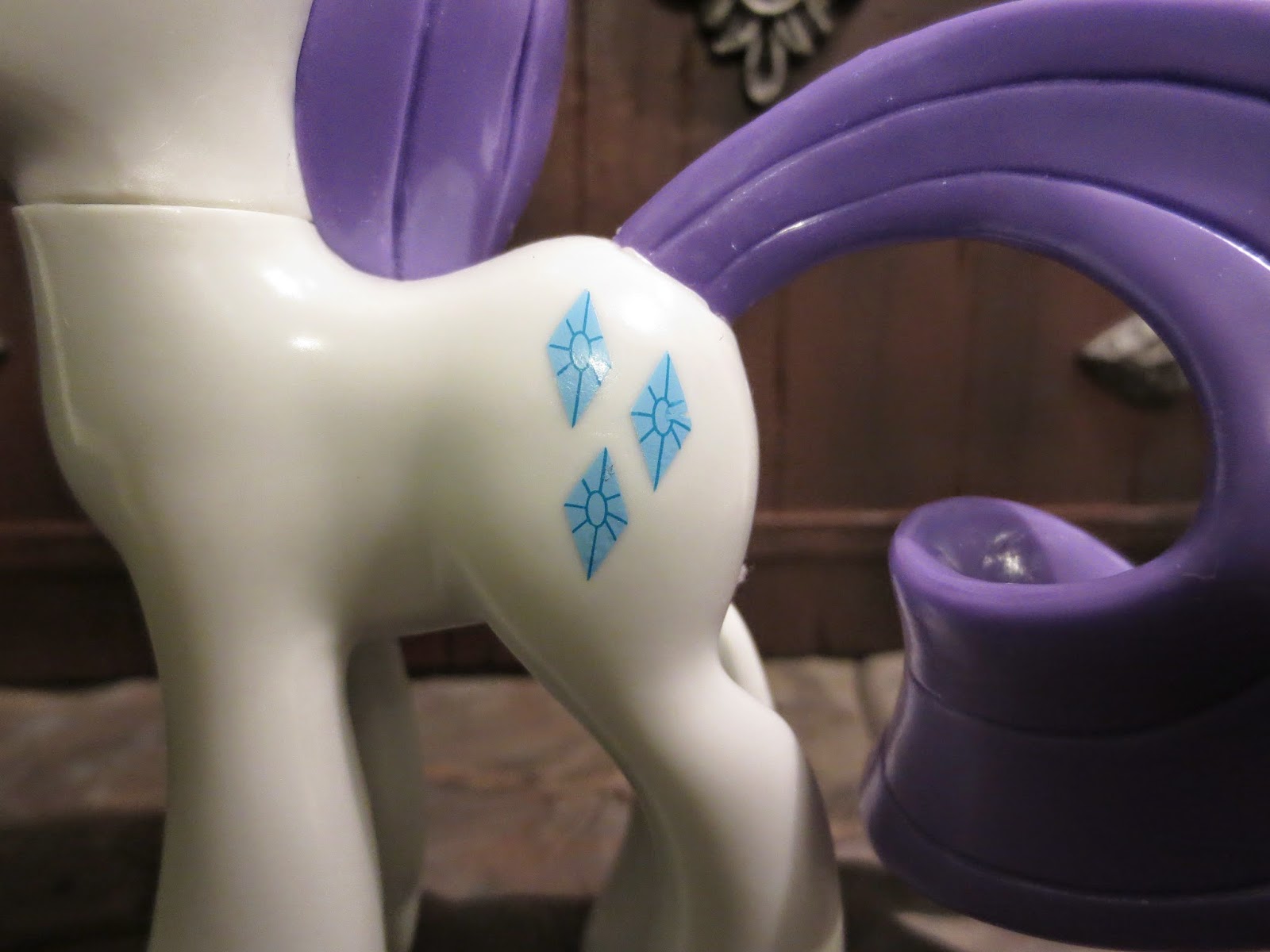 *Something I love about the cartoon that Funko nicely captures in each of their vinyl figures are the bright colors. These figures look really nice together on a shelf and Rarity's white and purple really stand out. The paint work is very nice on both her cutie mark and her eyes. It's neat, clean, and rather eye-catching. 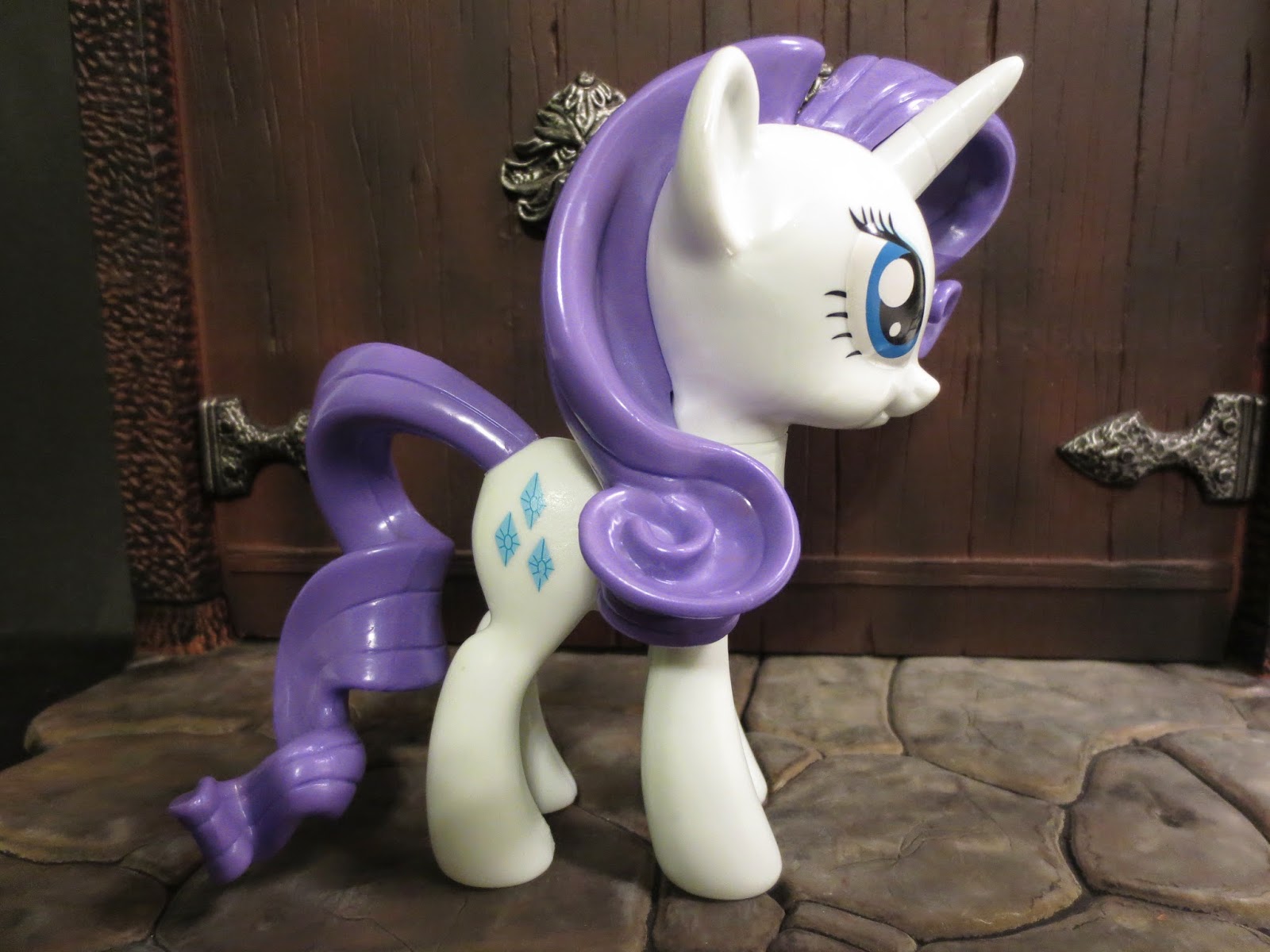 *Since Rarity looks like Rarity, I'd say the sculpt is quite nicely done. The face shape is perfect everything else about the sculpt looks great. Since Rarity is a unicorn she's got the prominent horn on her head. Since she's a fashionista (and a bit of a diva) she's got a long, stylish mane and tail. 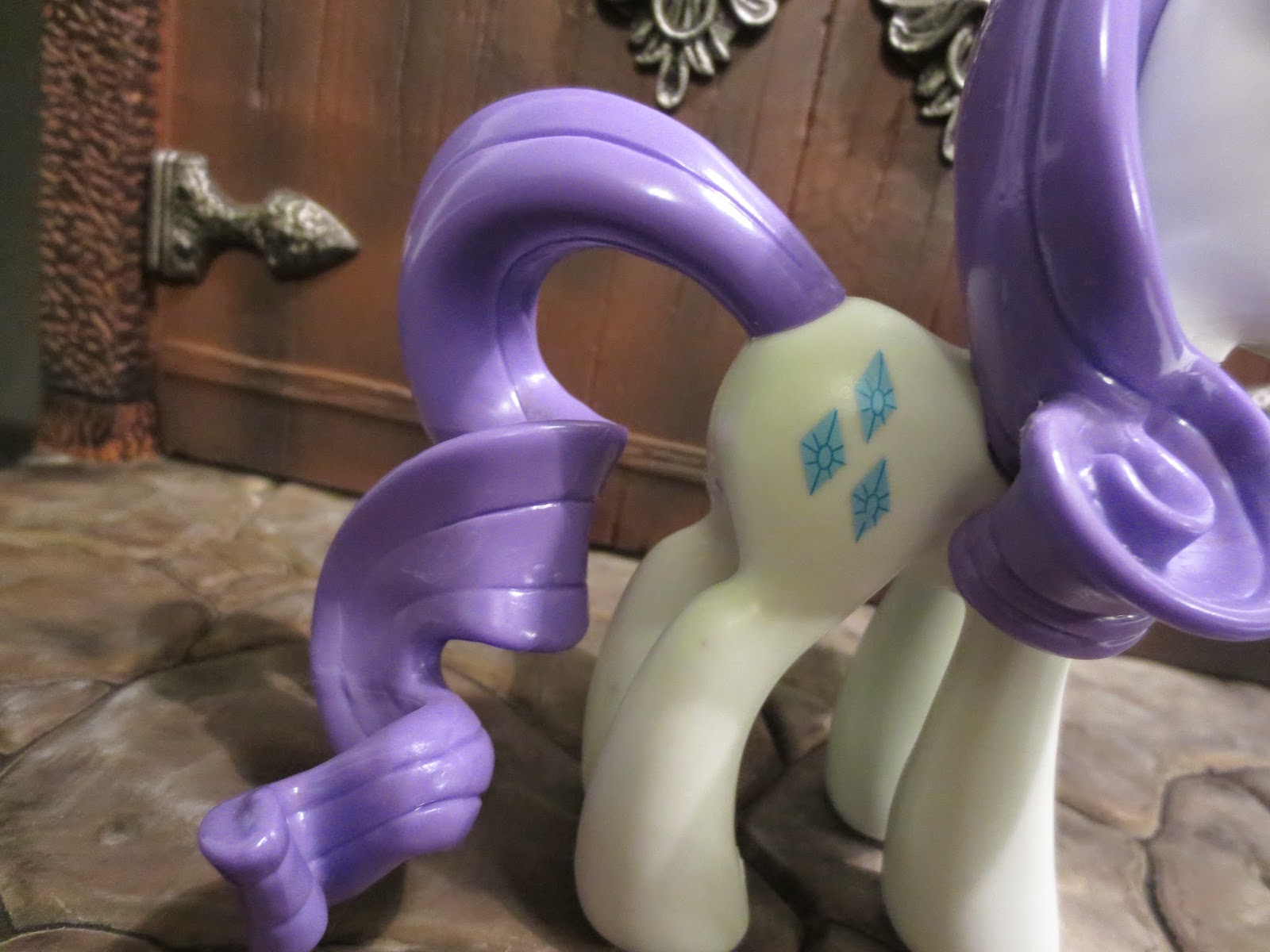 * Seriously, check out hot cool her hair and tail are. I love how Funko captured the flowing design of Rarity. This is a fairly detailed element for this series but it looks great. 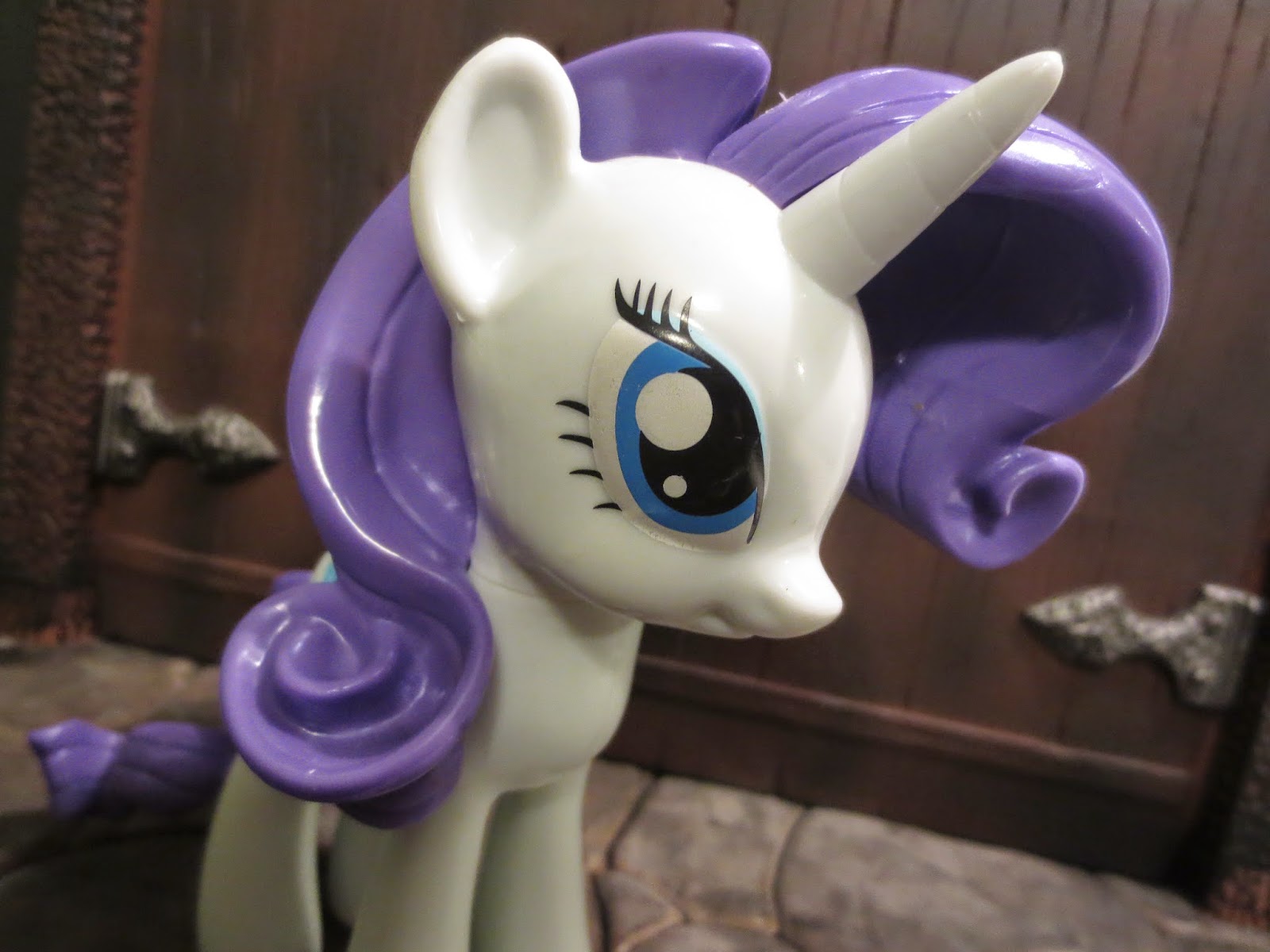 *The only negative I have is that Rarity, like many of the other ponies in the line, has some uneven molding lines. Rarity's aren't as noticeable as some but she still has a bit of excess or uneven molding on her right cheek. It;s tough to see in the picture but it's there. 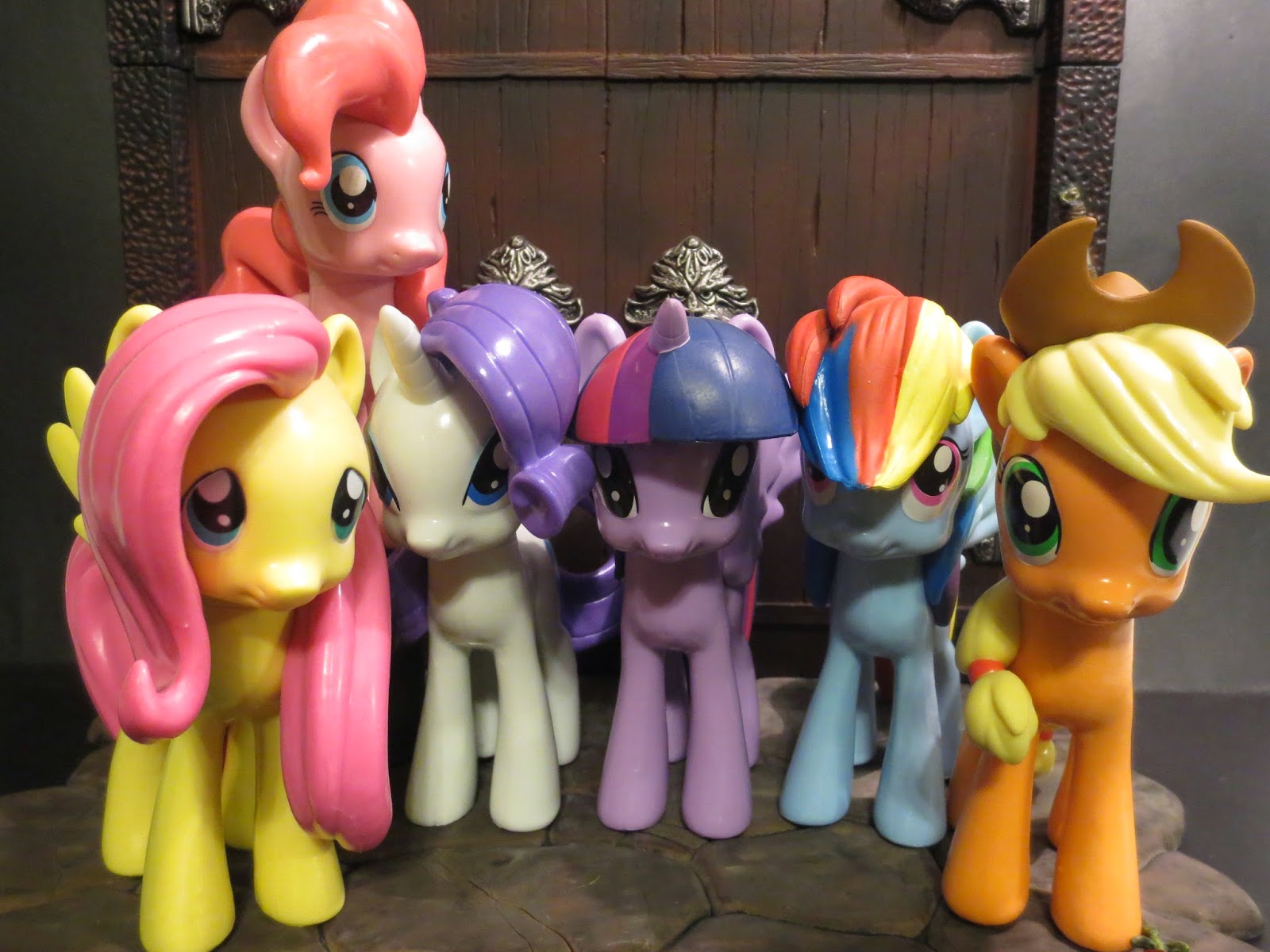 I think your opinion of these vinyls definitely will be based on your opinion of the show. If you're an MLP:FIM fa,m you'll dig them. If you're not, these are simply a group of brightly colored toy ponies. Being a fan, I'm really liking Rarity. She might be the most well done figure of the Mane 6 (now Funko just needs to find a way to get us a Spike). I'm glad this figure turned out so well because I'm a big fan of Rarity not just because of her character on the show, but because she reminds me of a good friend of mine who passed away a few years ago. Like Rarity, she was a seamstress and designer who loved sparkly things and glamour, was a little bit dramatic and a bit of a diva, but certainly was a very generous friend (Rarity's element of harmony is generosity). Funko did an excellent job with this vinyl and I'm giving her a Great rating.

I've only reviewed a couple other My Little Pony toys on here, including:
Fluttershy
Trixie Lulamoon