Accessory Review: Stackable Stands from Masters of the Universe Classics by Mattel 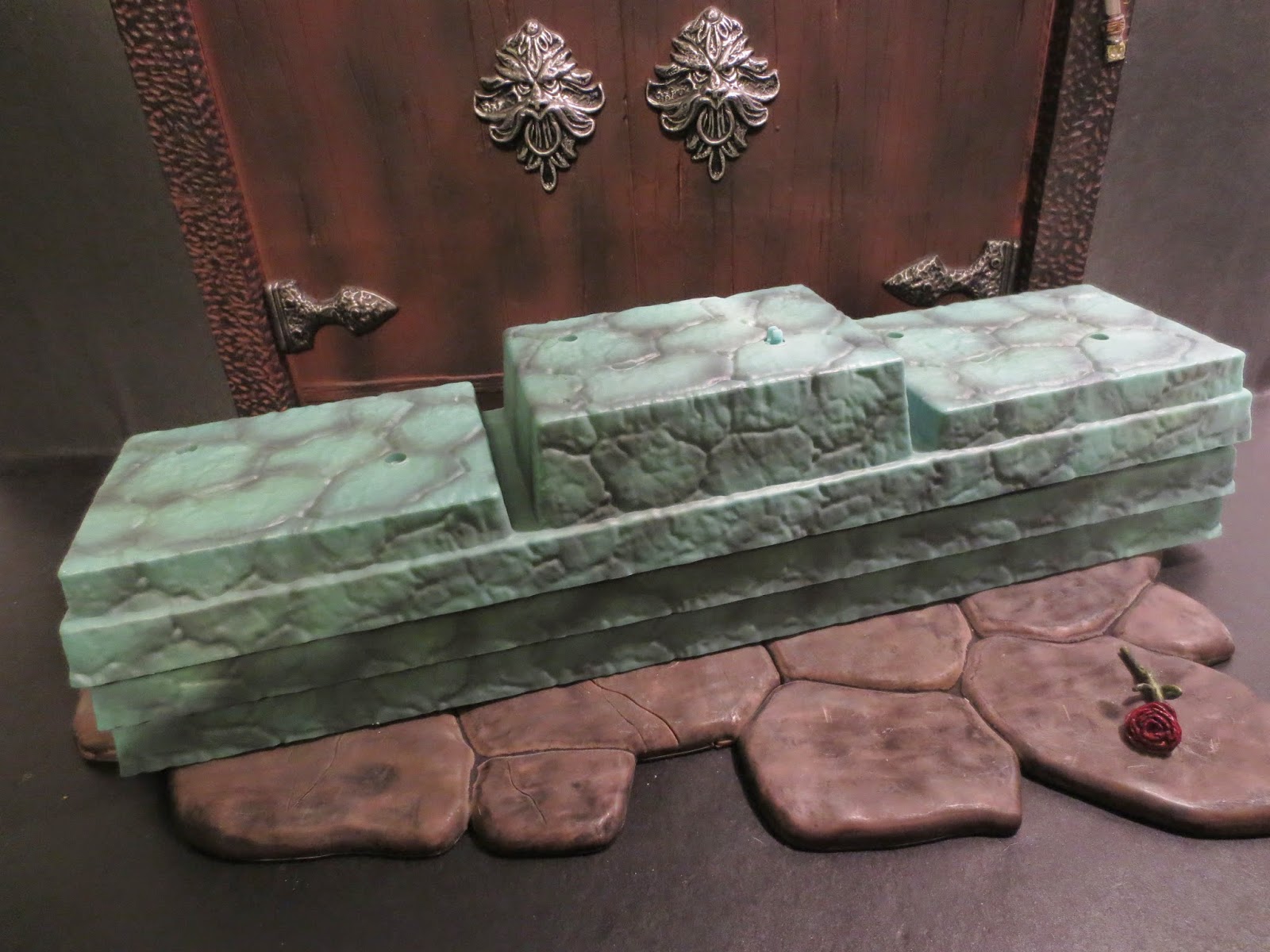 Last summer during the subscription period for the 2015 Masters of the Universe Classics Club Eternia subscription Matty Collector offered a special deal: Purchase the subscription sight unseen (before the SDCC 2014 reveals) and receive a free set of stands. While I wasn't particularly interested in the stands (I've been using the metal Kaiser brand doll stands for a few years now and am quite happy with them), I knew I'd be subscribing to the MOTUC line anyways and decided to take the plunge. My stands arrived with Lizard Man in January and since they're sitting around on my shelf I finally wanted to take a look at them. These aren't the first stands Mattel has offered in the MOTUC line but they're the first of Mattel's stands I've owned so I'm interested to see how they work. Unfortunately, they're pretty awful. Ready to check out these Stackable Stands? Then join me after the break... 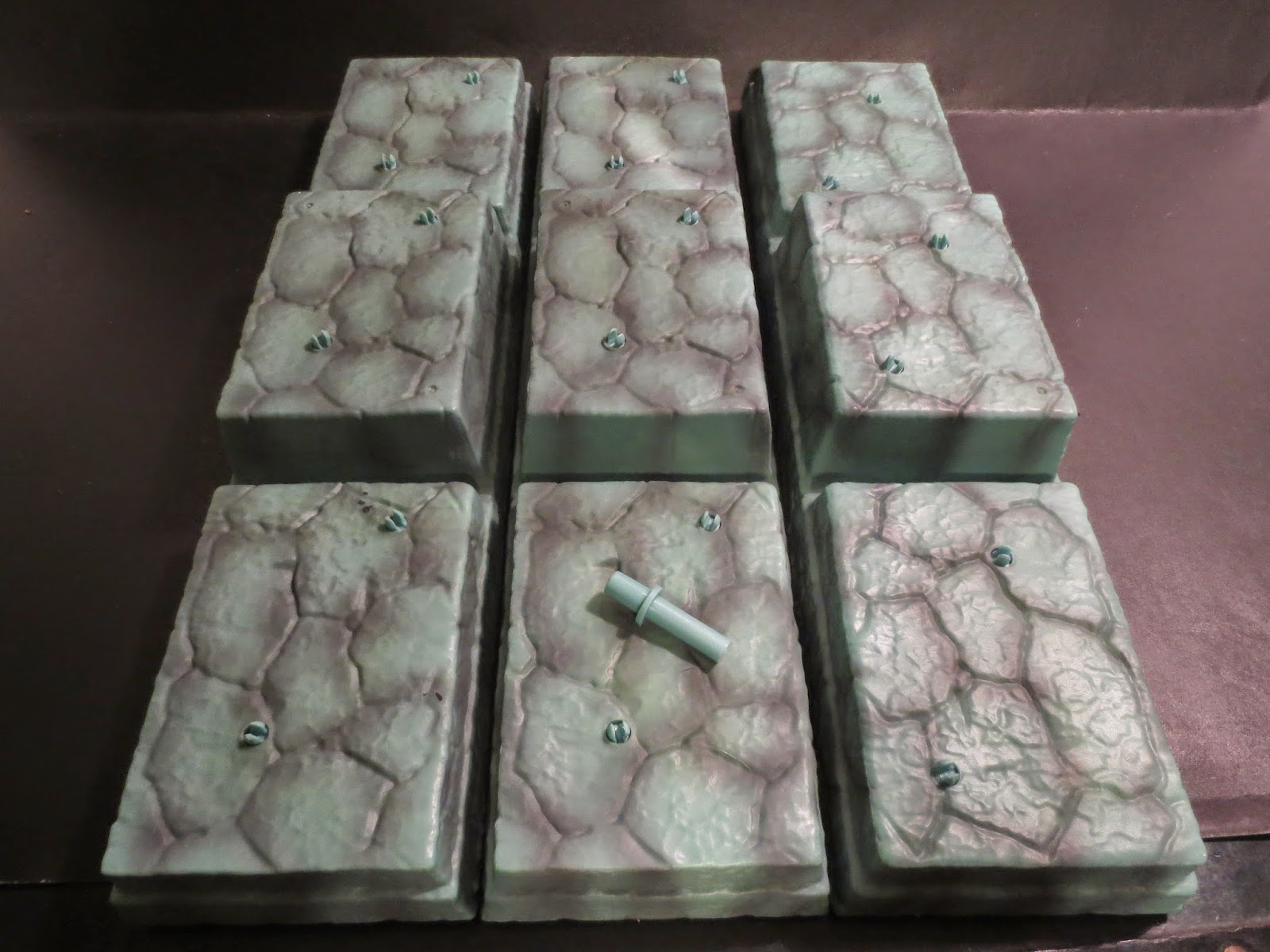 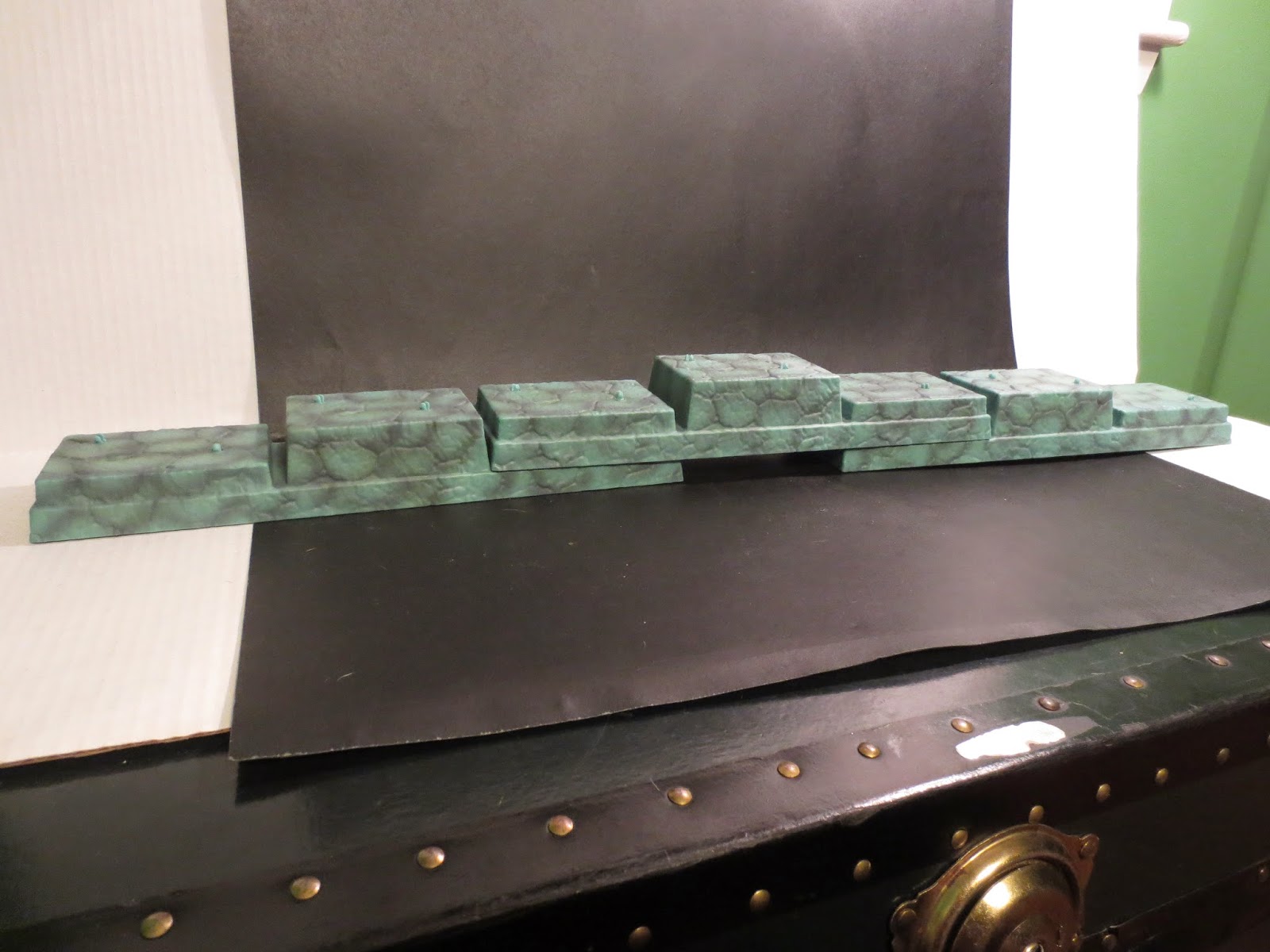 * The sculpt and design of the base of each stand is really nice. The greenish-gray look of Castle Grayskull is pretty recognizable to many toy fans and these stands capture that look well. I like how the Grayskull motif is used and the sculpt of the stones and the colors chosen give these a look that would look great on their own or possibly utilized in some way to expand a MOTUC Castle Grayskull display. These are simple, durable plastic bases that connect together nicely. Someone with a few sets of these could probably build some pretty cool stuff to augment their Castle Grayskull 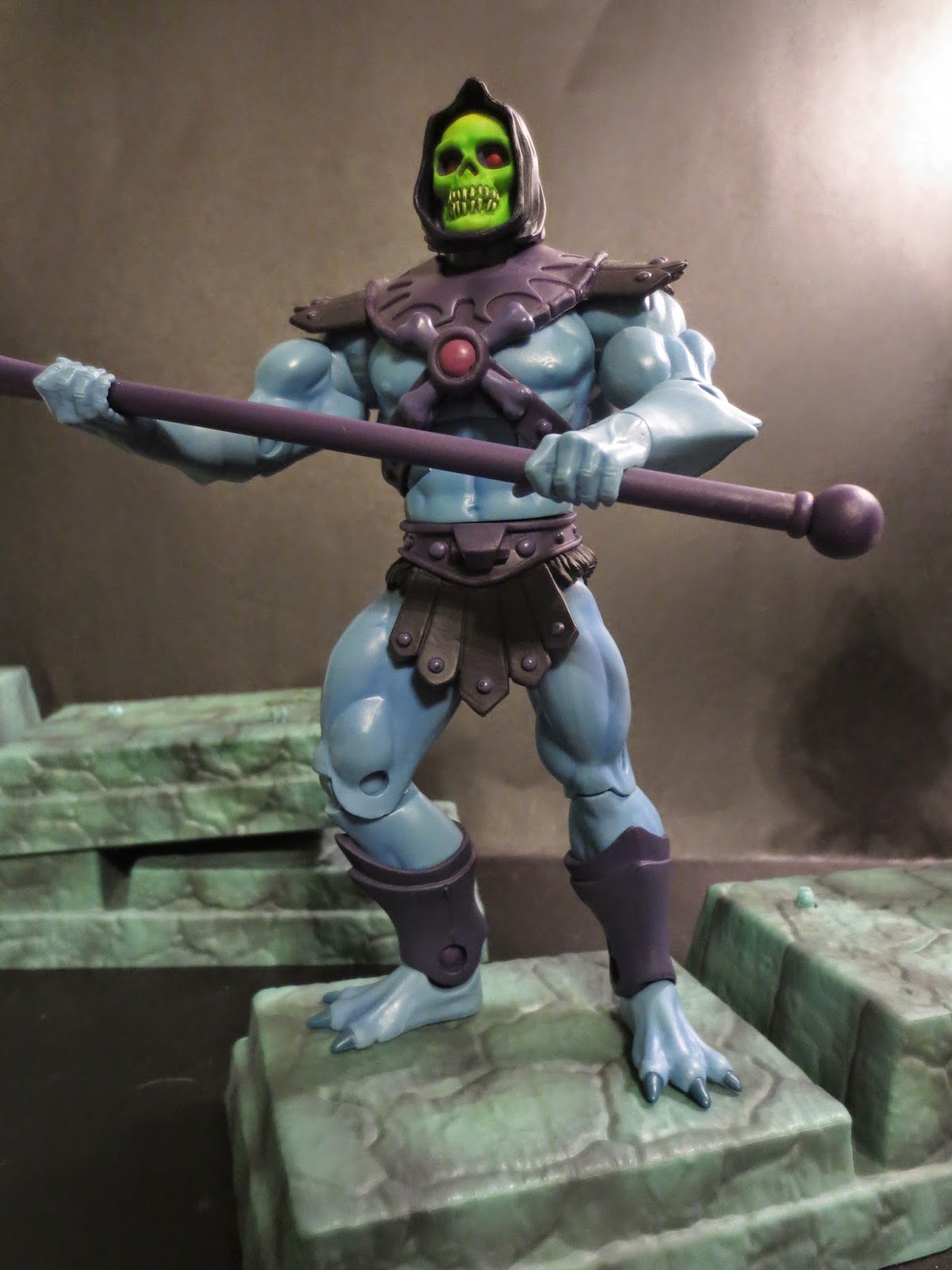 *The stacking feature seems like a fairly neat but it often makes the bases look awkward and bent.They don't always look even to me.

*Ready for the big negatives? OK, well how do I put this.... These stands just do not work! I'm going to try and explain how these are supposed to function and why they just don't work well at all for many Masters of the Universe Classics figures. 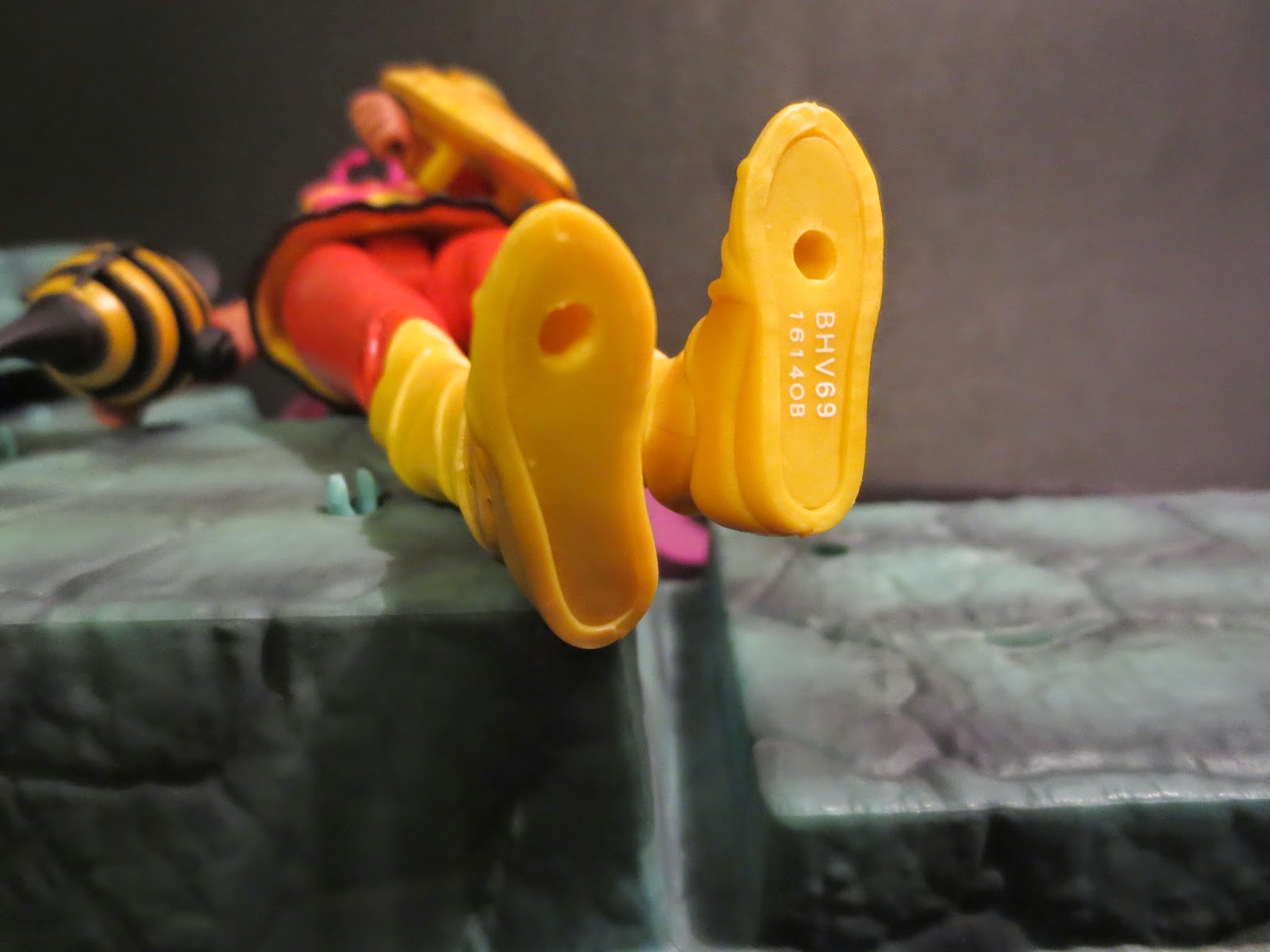 *First: The foot pegs don't fit all of the figures in the line. I'm not talking about just one or too oddly designed figures like Madame Razz or Broom; I'm talking about many of the female figures. They have holes in their feet that are not deep enough for the pegs to properly attach. Sure, you could argue that this is a problem with the figures but since it limits the usefulness of Mattel's own stands, the problem needs to be addressed here. 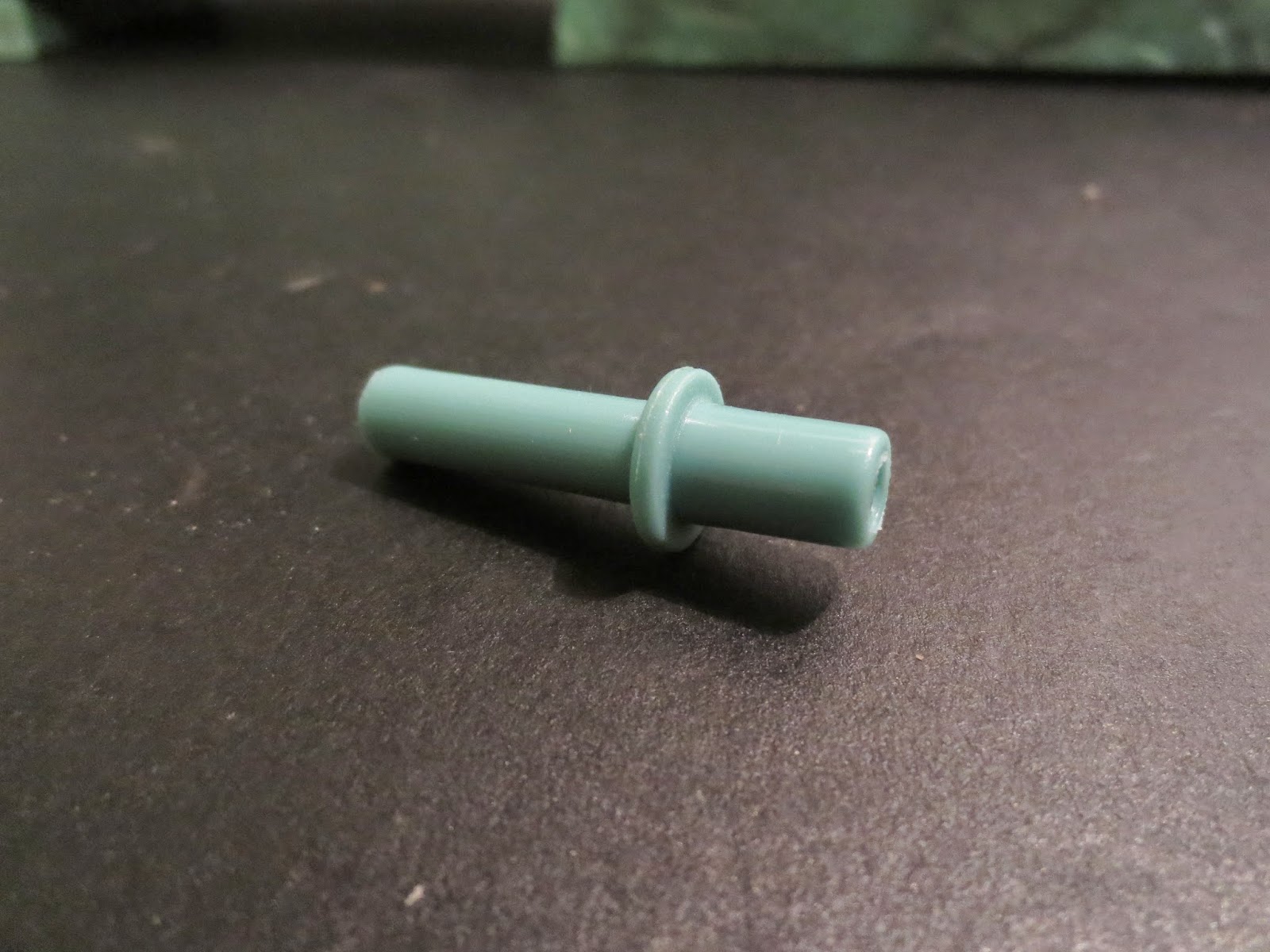 *Second: The system used to keep figures standing is not intuitive at all. To place a figure on the stand you have to push the individual peg into the hole on the bottom of the foot. This is what the little peg tool piece is used for and it does help somewhat. Still, it's tough to get in for many figures. you then place the bottom of the peg into the hole on the display stand base. Some of them seem tighter than others but most of the pegs just feel very loosely placed inside the base and are almost as prone to being knocked over as any other figure standing up normally. I'm not seeing much functionality here; perhaps if the bottoms of the pegs that attach to the base were longer and a bit thicker? 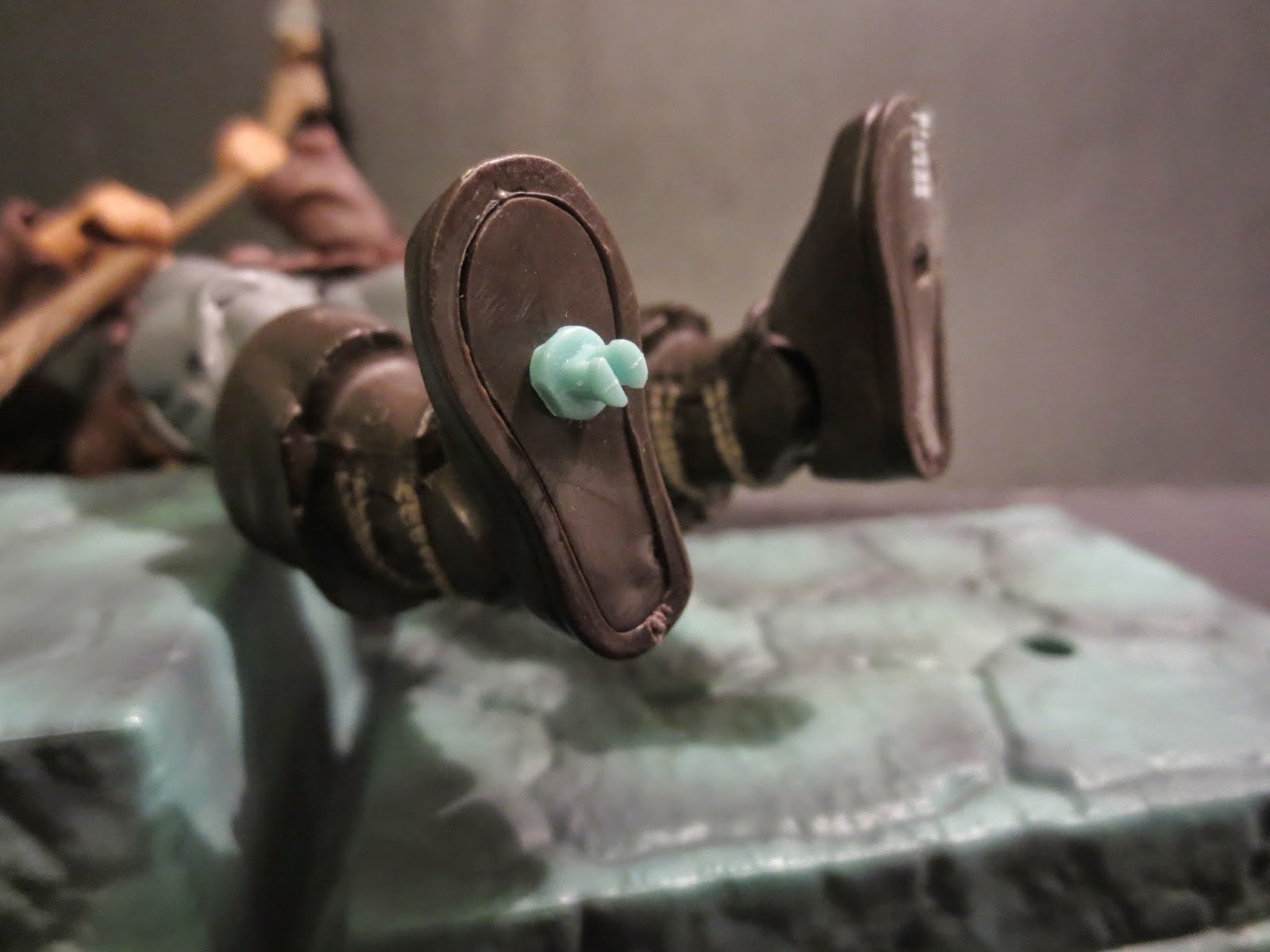 Third: This display system fails to address the reason many of us need stands: Figures with loose ankle, knee, and hip joints. While loose joints haven't been a problem for many years in this line, there was a point where loose joints were a consistent problem. I grabbed my original Skeletor figure who is one of the loosest MOTUC figures I own (Giggity giggity) and tried to use him on these stands. He pretty much just collapsed. While loose figures collapse using pretty much any foot peg based stand, I would expect Mattel to address that issue with their own stands for their own line. 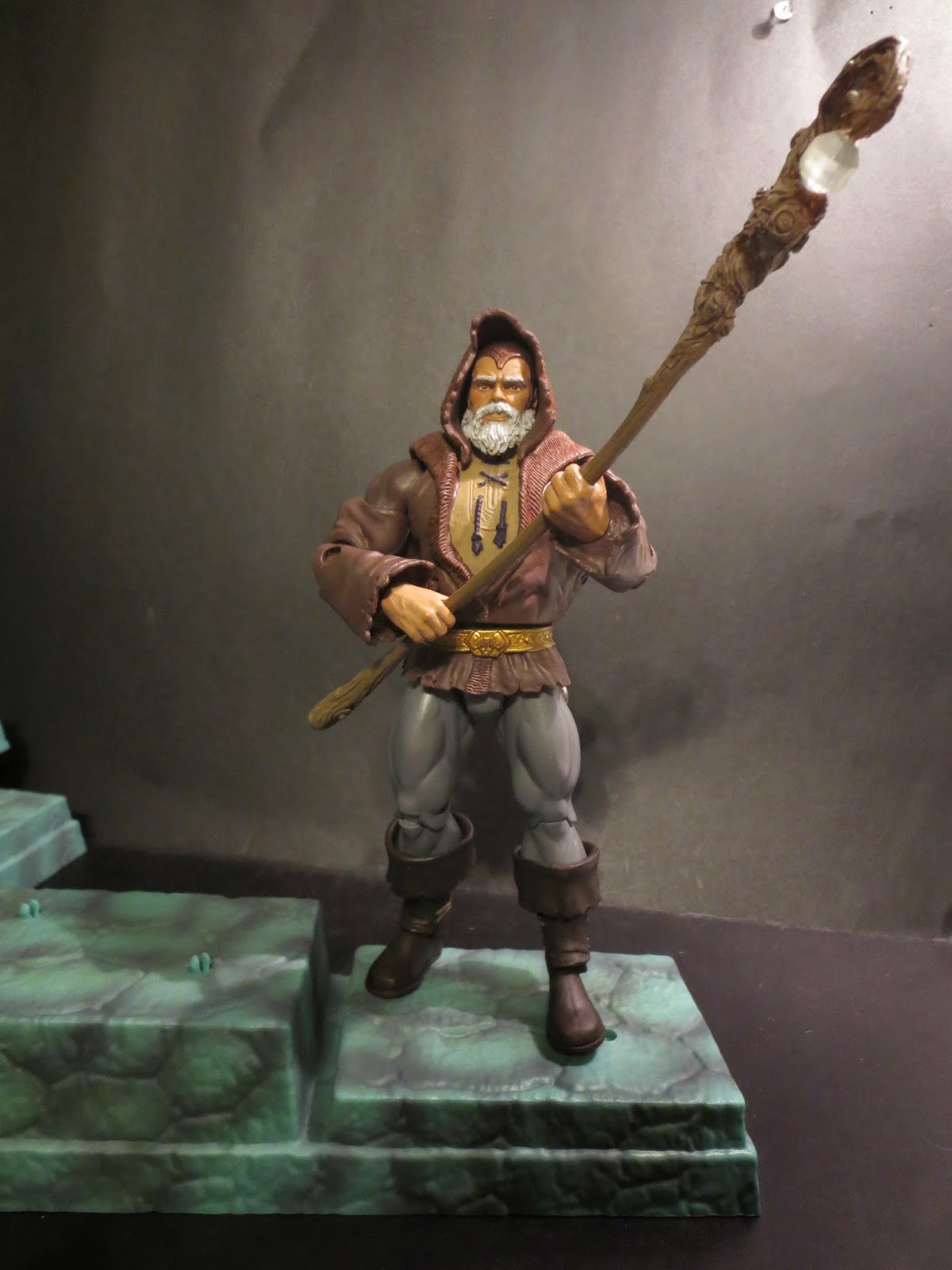 What can I say? These things are just plain useless to me. I could forgive the issue of them not holding figures with overly loose joints as those figures weren't designed that way but I can't overlook the horribly designed foot peg system. They're just not good stands and they're quite overpriced. For my MOTUC collection (and some of my Star Wars Black figures) I have chosen to use Kaiser brand doll stands. rather than use a foot peg system, these stands use a metal ring that fits around the figure's waist or torso and is connected to a metal base on the ground. I've found that these work extremely well for both small and chunkier figures as well as for figures with loose joints. They do everything that Mattel's stands fail to do and at a cheaper price. I'll definitely use these stands (I want to display my Roger Sweet Trio on one of them) but I'll have my other stands to actually keep the figures standing and the Stackable Stands simply as decoration. Since these stands fail to do their most basic function, however, I'm awarding them a Crap and a 1/2.  Just don't buy these for anything but decoration and look for something better!