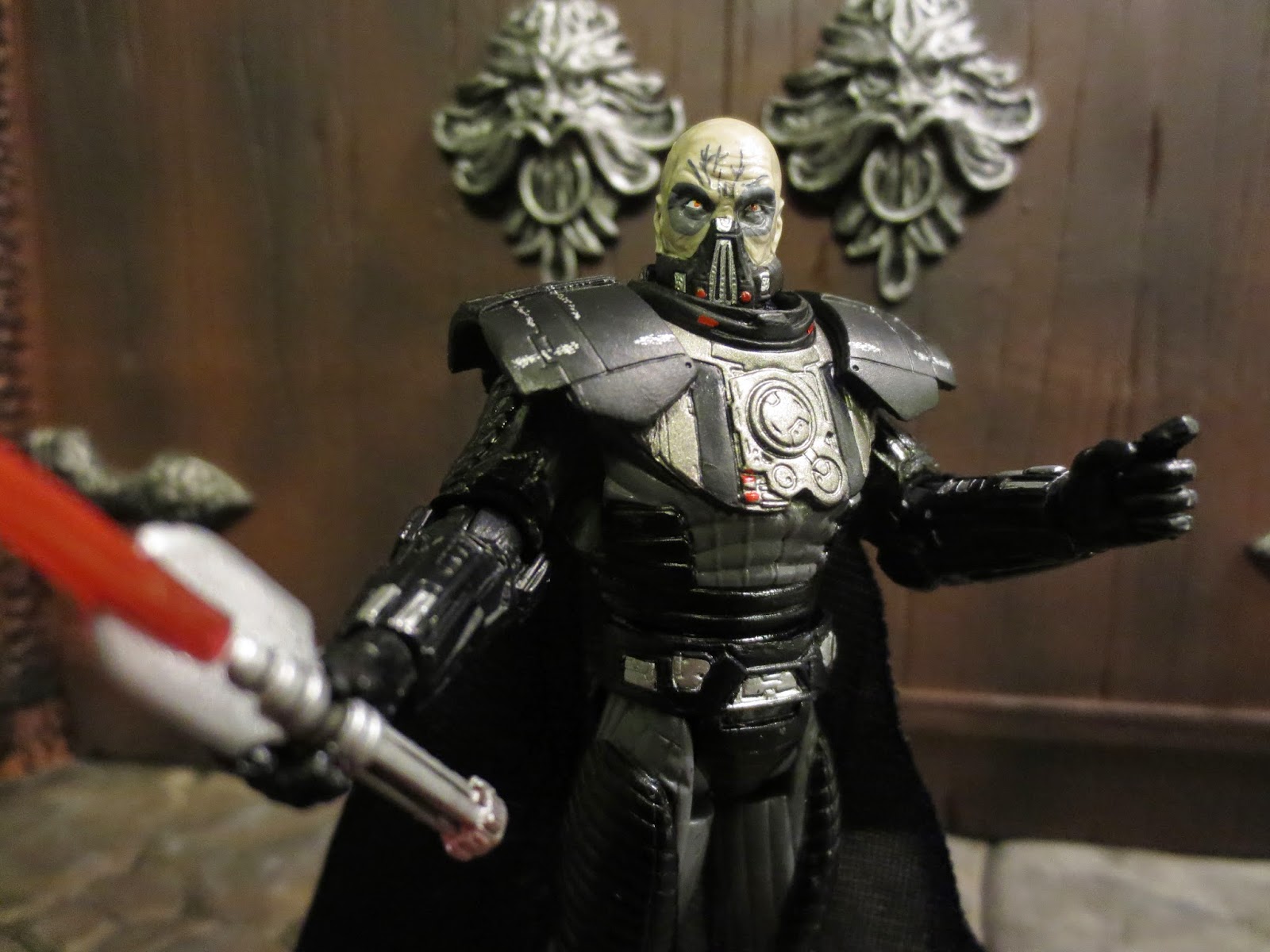 Hasbro has really been having a tough time with their 1/18th scale Star Wars figures lately. Between poor distribution, terrible case packing ratios, retailer disinterest, and some figures just not even seemingly finding their way to shelves, their just isn't much product out there for fans to even by. With the 1/18th scale The Black Series Hasbro has mixed together a few new figures along with previously canceled items and various repacks. Darth Malgus is one of those repacks and I'm really glad that Hasbro decided to re-release him with minimal changes. A character from the Expanded Universe, Darth Malgus was originally released at the tail end of The Vintage Collection in 2012 and thus was pretty difficult to come by for most collectors. Sometimes Hasbro's decisions as to which figure to repack are a bit baffling but they made the right call here. He's an interesting looking figure and the combination of being a Sith, an Expanded Universe character, and a character from a video game (The Old Republic) has definitely made this guy tough to find. Other than a few of the 5 POA Rebels figures Darth Malgus is the first 1/18th scale Star Wars figure I've purchased in over a year! Yikes! Anyways, more about him after the break... 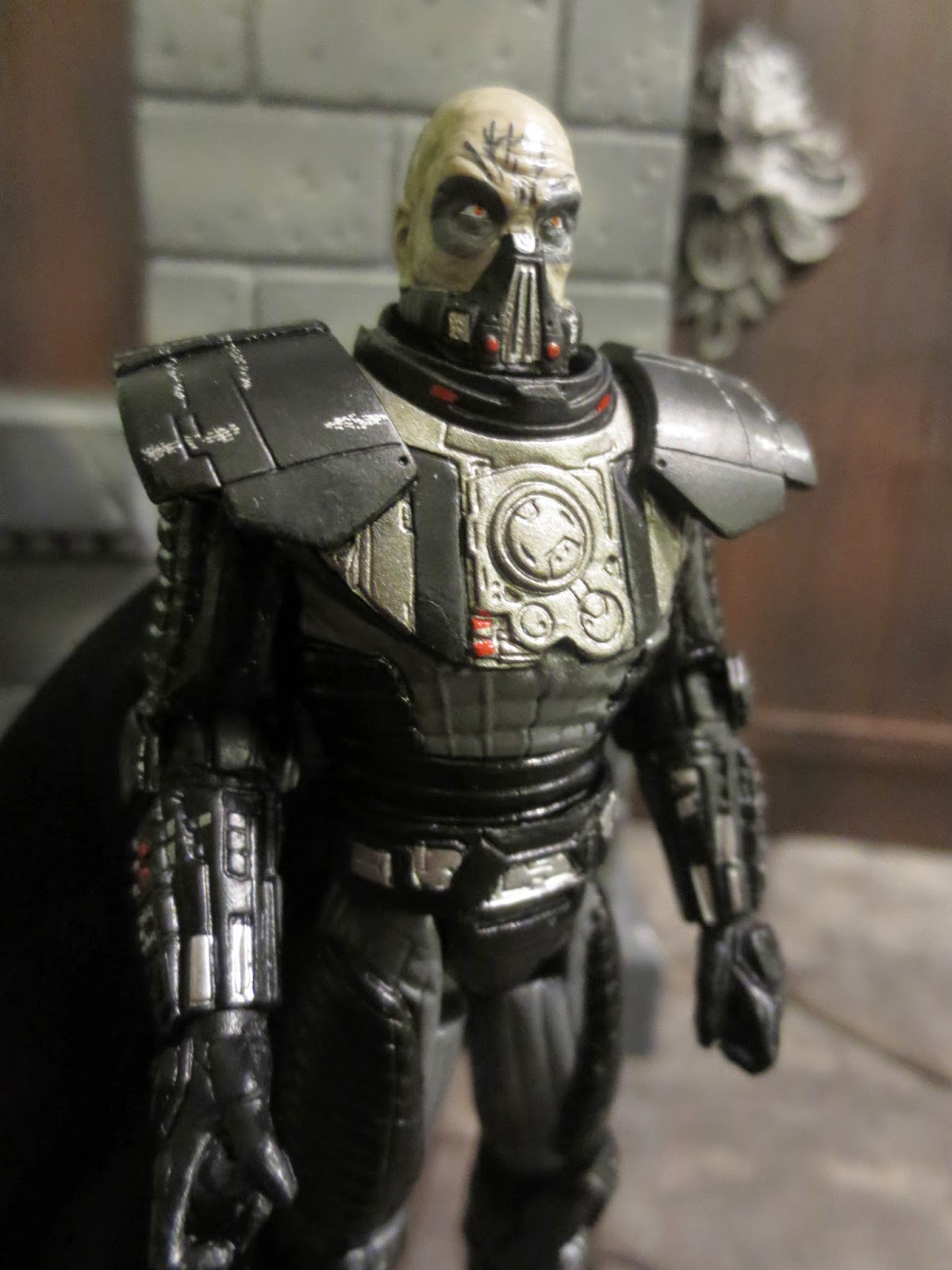 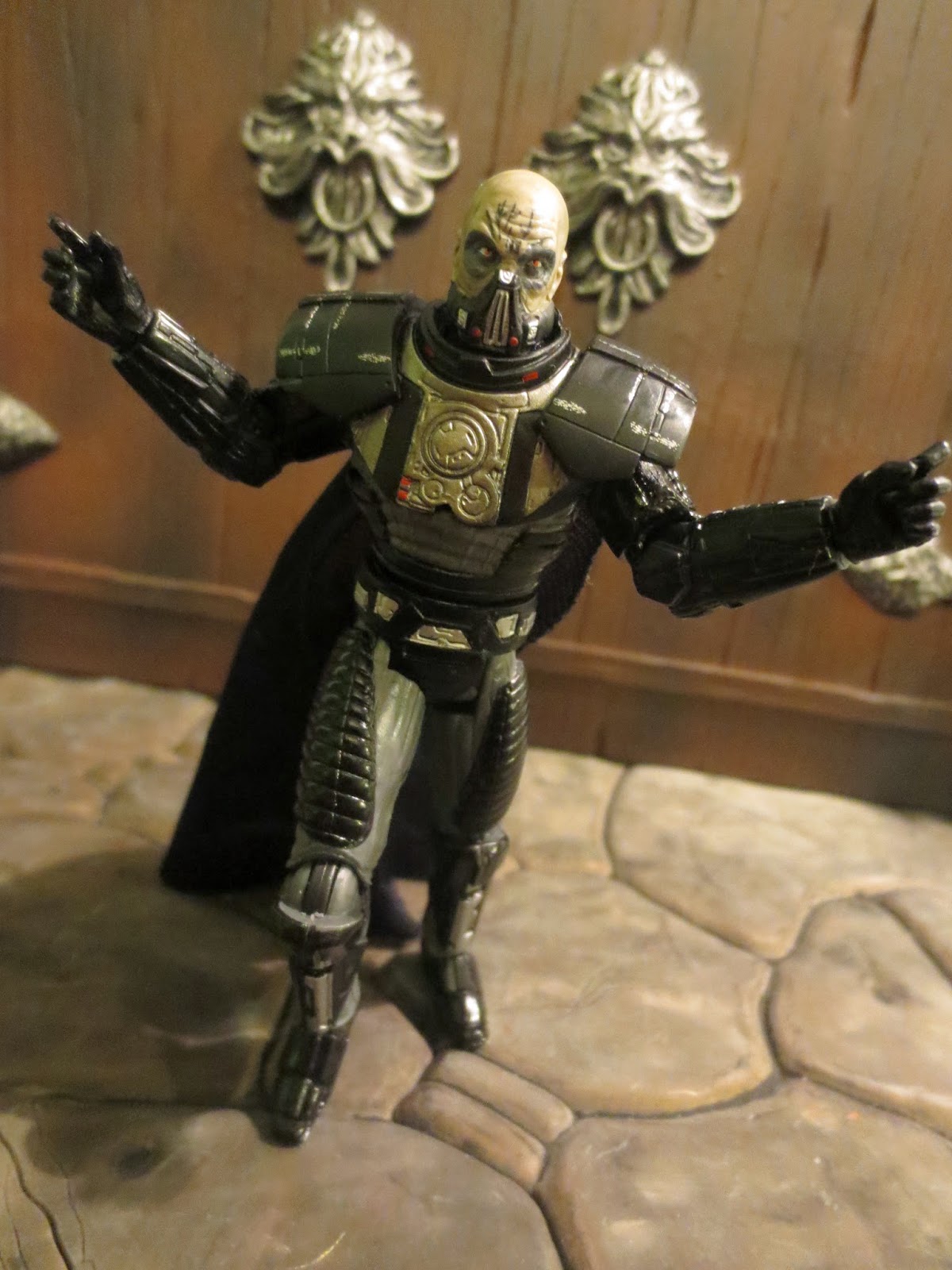 
* Darth Malgus has some really well thought out articulation. While he doesn't have ball jointed or swivel/hinge hips, his upper body does have an excellent range of motion. With his nicely poseable arms, ball jointed head, and swivel waist, you can get some great, menacing lightsaber wielding stances out of this big guy. He feels really solid, too. Good quality all around. 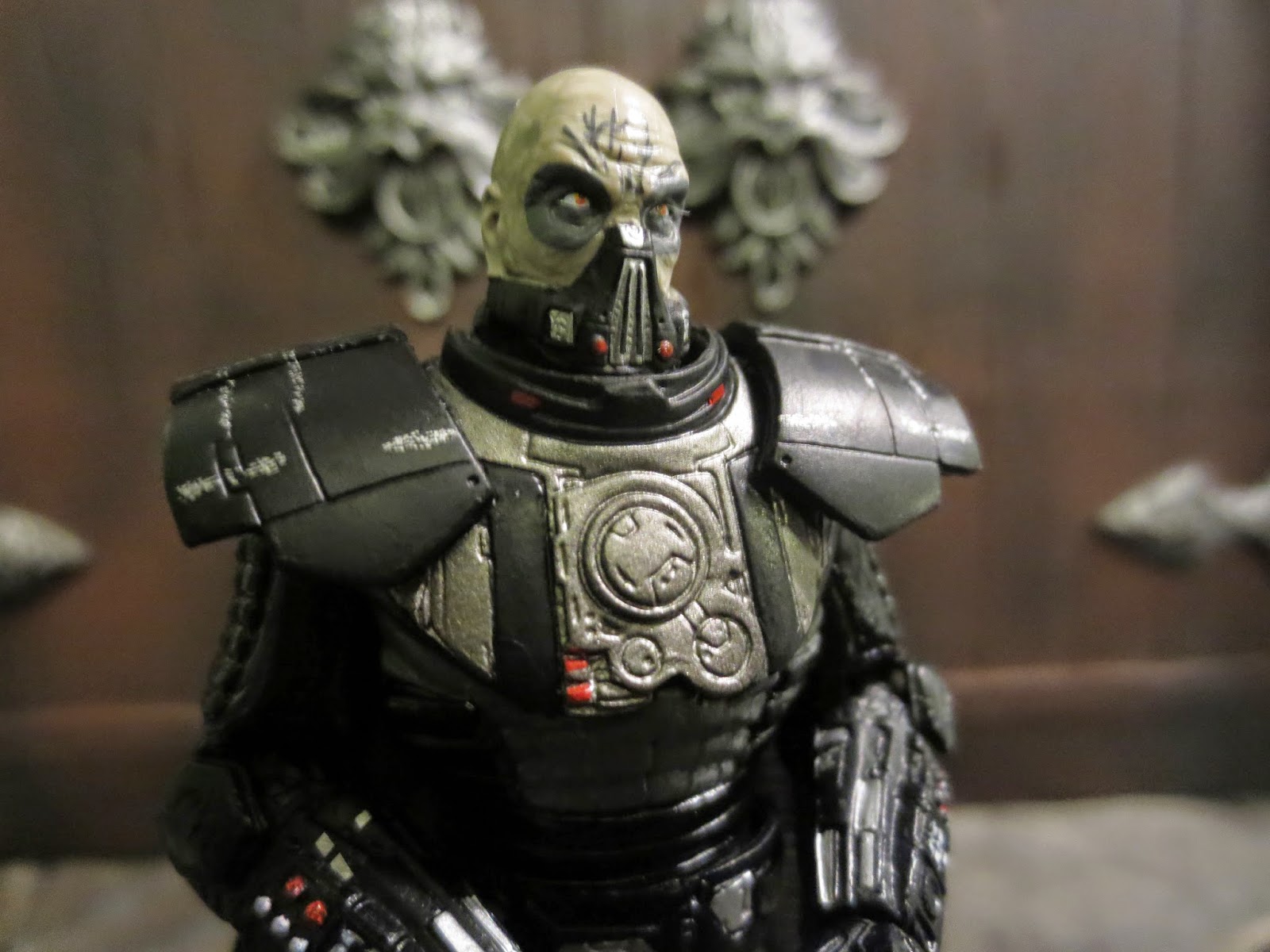 * I'm loving the sculpt on Darth Malgus. While Darth Malgus exists around 3600 years before the time of Darth Vader, they'd definitely have a lot in common. They're both Sith, they wear respirators, and they have similar fashion sense. This is a very complex sculpt with lots of different textures on the armor and panels on the forearms and chest piece. If someone didn't know better, I could almost see them thinking that this is perhaps a middle aged Vader in some different armor. Perhaps Vader in his practice outfit or something. Anyways, he looks pretty awesome. 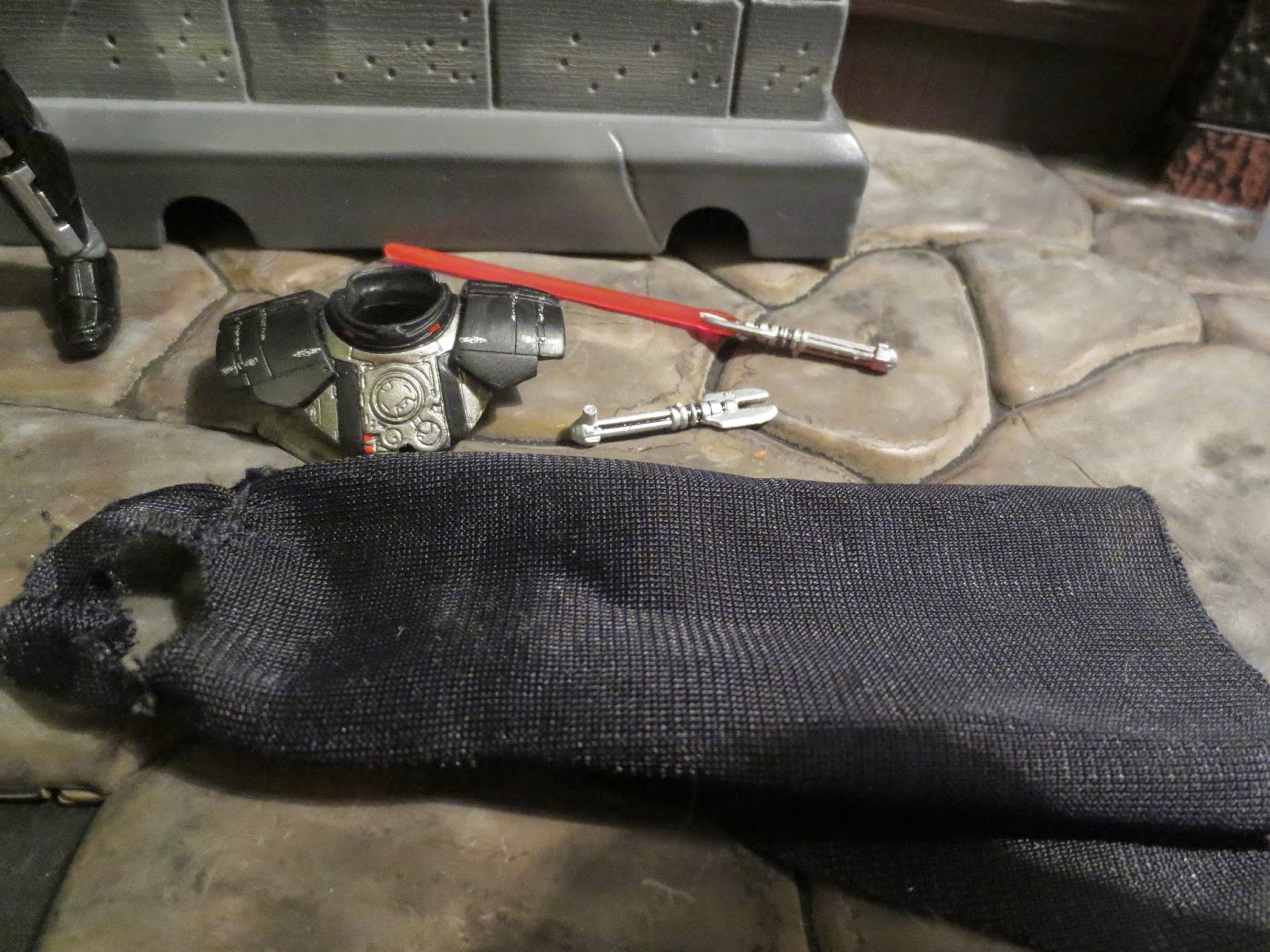 *I like that he has a cloth cape that fits very snugly around his neck and under the chest armor. The lightsaber is also really cool. It almost looks like it has two traditional blades on the hilt. Malgus comes with a lightsaber hilt and a lightsaber with glowing red blade. Honestly, I wish the 6 inch black series figures did their lightsabers this way rather than using removable blades. They just seem so prone to breakage. 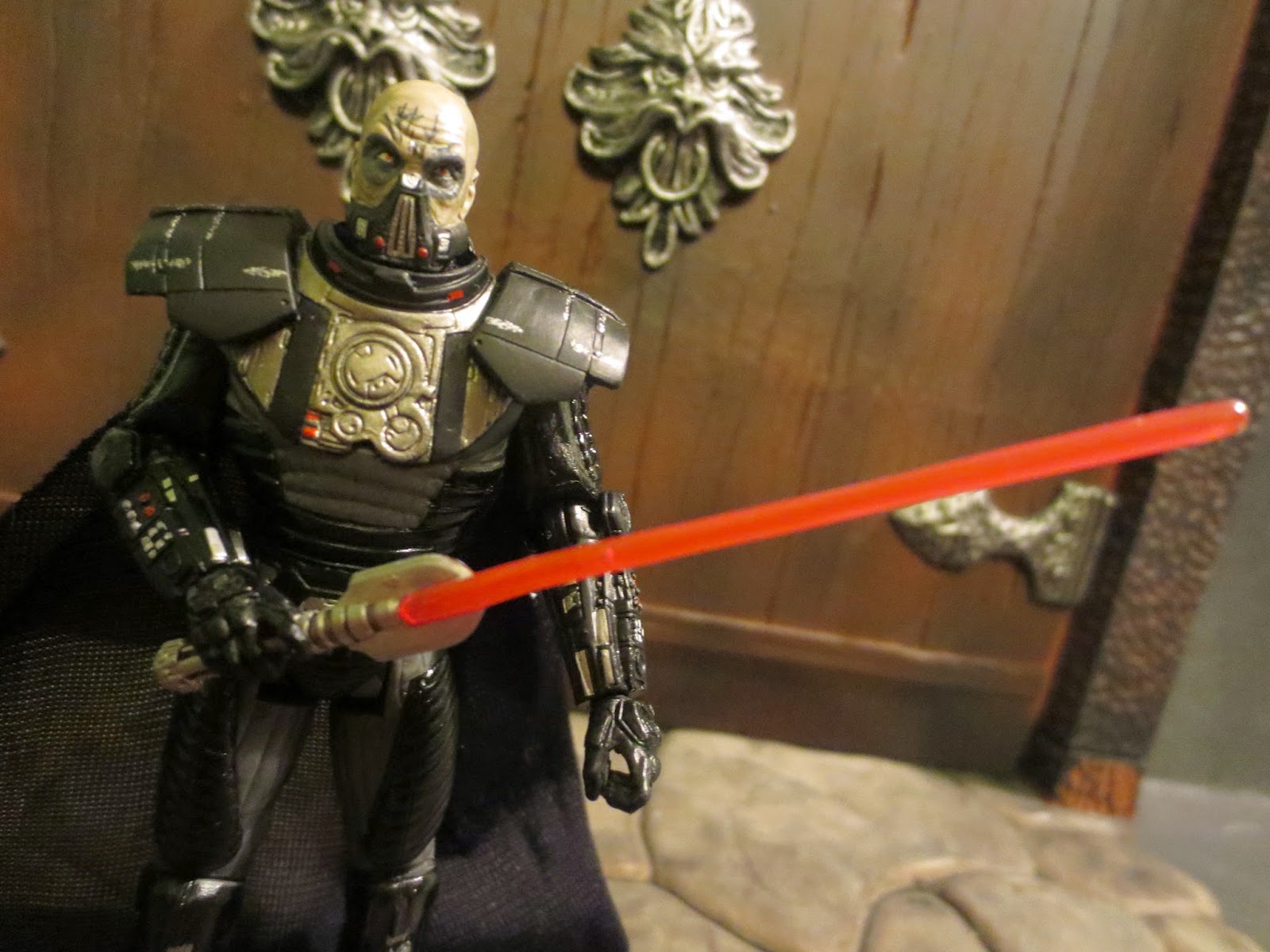 * I think the paintwork looks fine. Some folks have complained that the paintwork is a step down from the Vintage Collection figure and when shown closeups I can see it (the eyes aren't quite as sharp and the scarring on the forehead is a bit too thick) but when looking at this figure itself and not a blown up picture, it looks just fine. Lots of nice detail here including a very nice wash on the head and some great detail work on the armored bits. 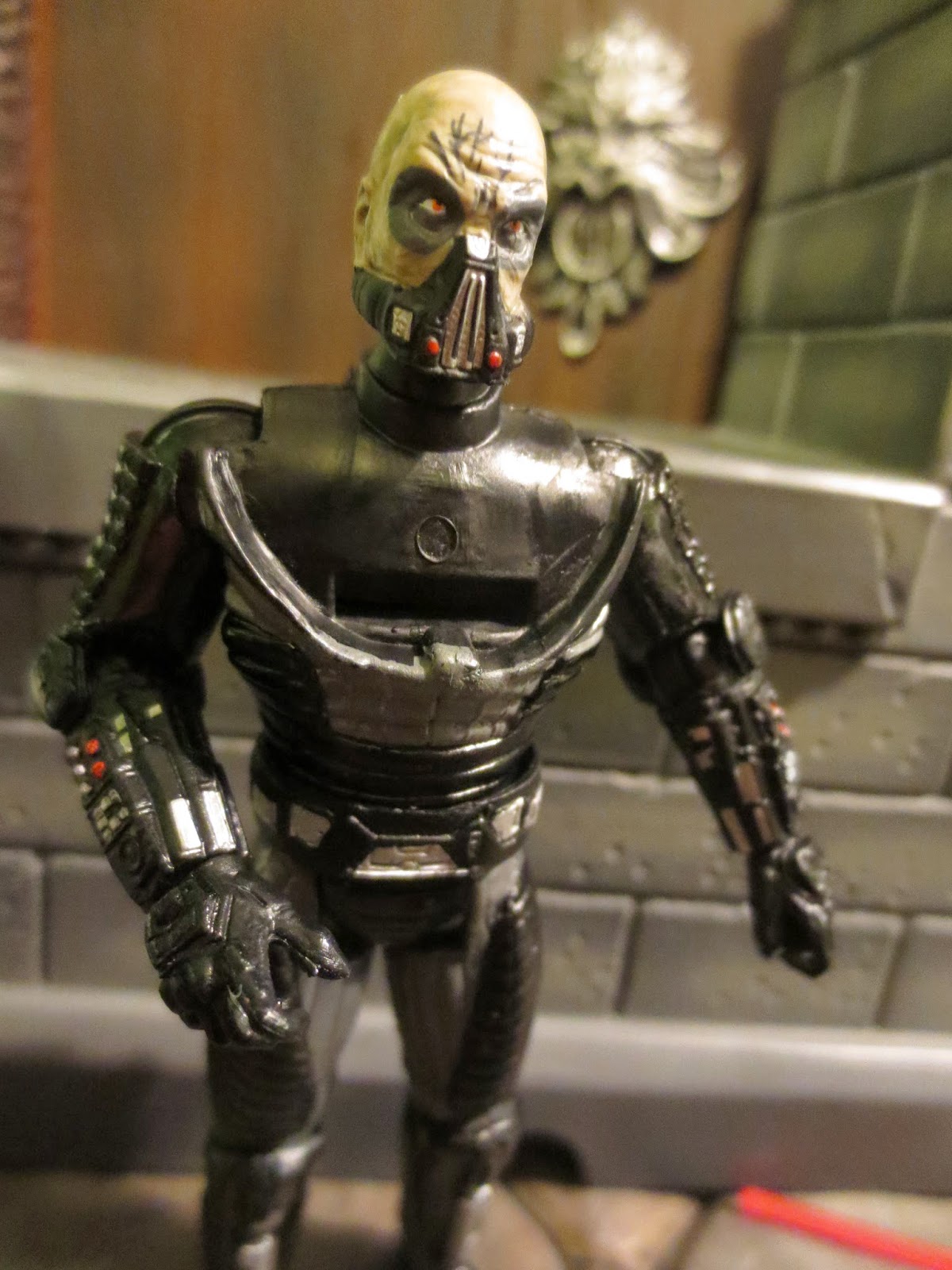 *I'm a bit embarrassed, but the only real negative is for a piece that I seem to have misplaced! Darth Malgus comes with a black cloak that just doesn't want to stay on him. I've tried everything: Tucking it under his armor, finding a way to clasp it, and just laying it over him. It's just poorly designed! Since it wouldn't stay attached I ended up accidentally leaving it somewhere when I was moving the figure around (Darth Malgus has kept me company off and on at my office for the past week or so). 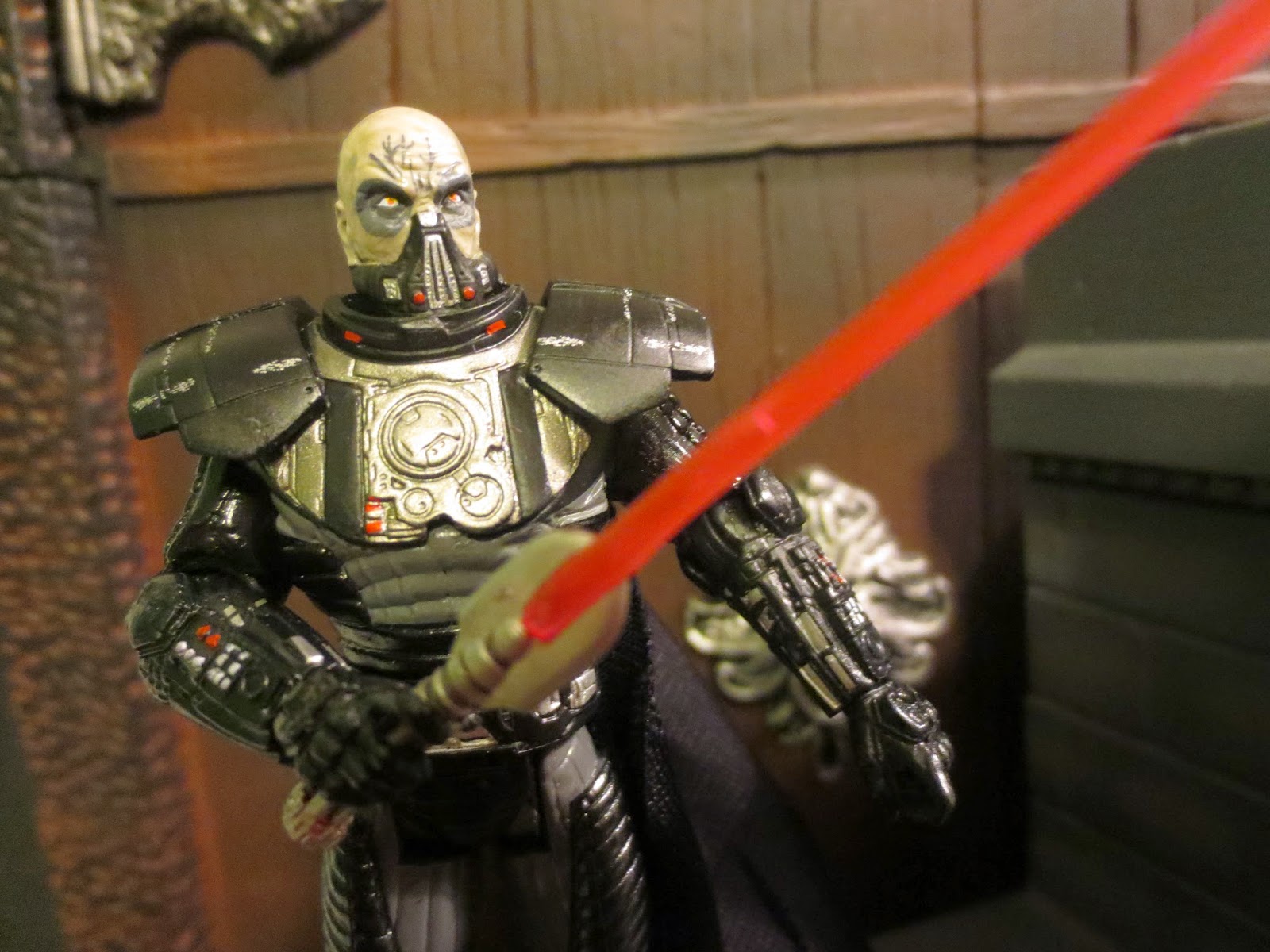 I really like this figure. Whether or not you're an Expanded Universe fan, it's always exciting to get action figures of new Star Wars characters. Darth Malgus has a very classic Star Wars look to him and makes for a great action feature. I've been very disappointed with Hasbro's handling of the 1/18th scale line over the past couple of years so it's nice to have a figure in hand that excited me. Ultimately, I'm giving Darth Malgus a Great rating. If you don't already have the Vintage Collection edition, he's definitely one of the few figures recently worth picking up. 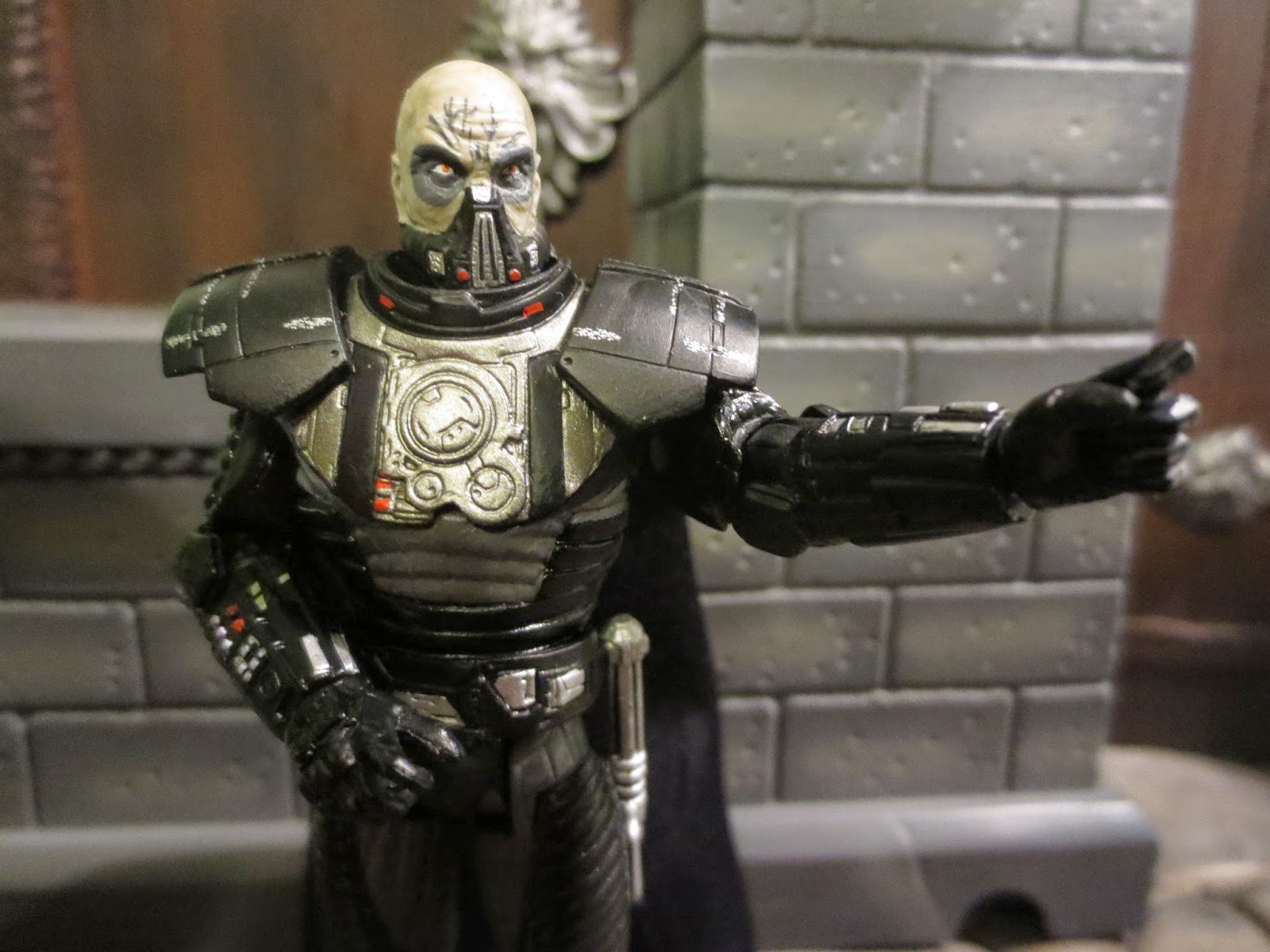 I've reviewed quite a few other Star Wars figures, including: