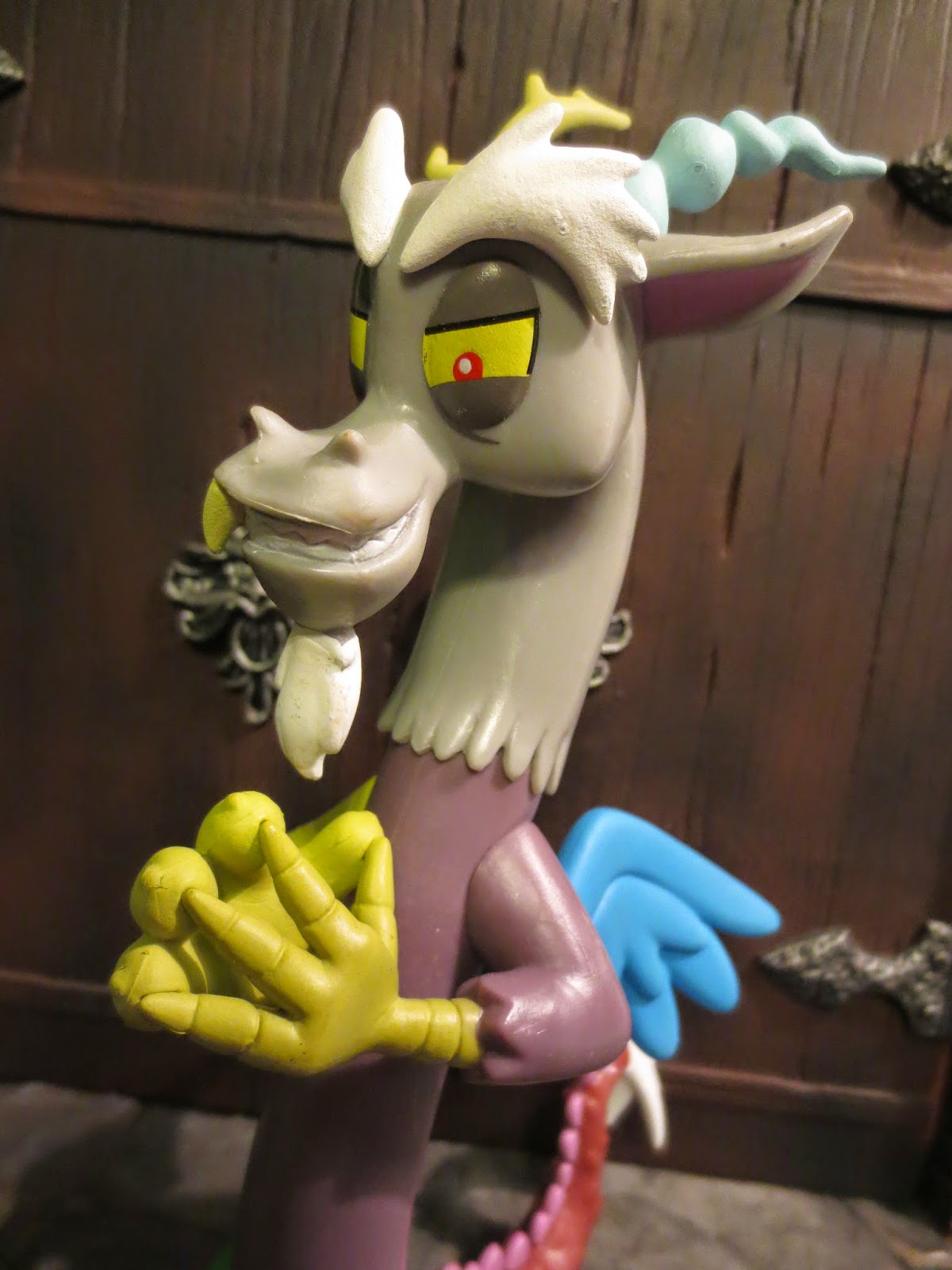 Just in case of you are wondering, yes, My Little Pony: Friendship is Magic does have conflicts and villains. While I'm incredibly partial to Trixie, the antagonist with the most appearances on the show (not counting Princess Luna/ Nightmare Moon) is Discord. The personification of chaos and disharmony, Discord is a scheming draconequus who was inspired by the character Q, played by John de Lancie, from Star Trek: The Next Generation. In fact, he was so inspired by Q that the show's production actually got actor de Lancie to voice Discord. Discord is a fun, irreverent, unpredictable character who has been in some of the best MLP:FIM episodes to date. I was really excited to learn that Funko was releasing him as part of their My Little Pony Vinyl Collectibles line, as he's the first non equestrian character we've received. I've been hunting him for awhile and managed to find him on Amazon the other day for $12 bucks! That's a steal as he's usually quite a bit more. He's apparently been a Hot Topic exclusive (along with a Blue Flu variant) but mine didn't have any kind of exclusive sticker on it. Maybe these are timed exclusives? Anyways, ready for a look at Discord? Then join me after the break.. 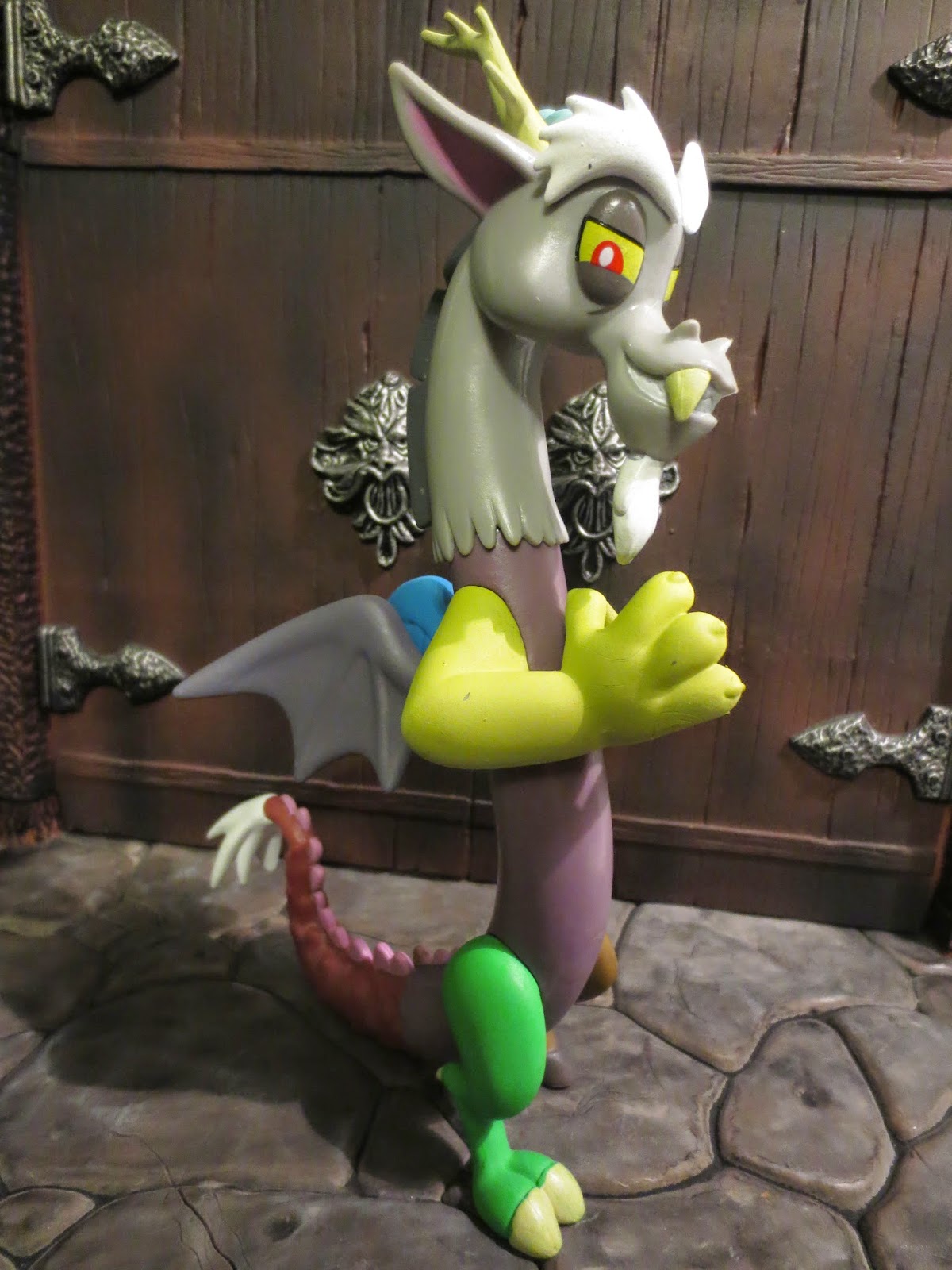 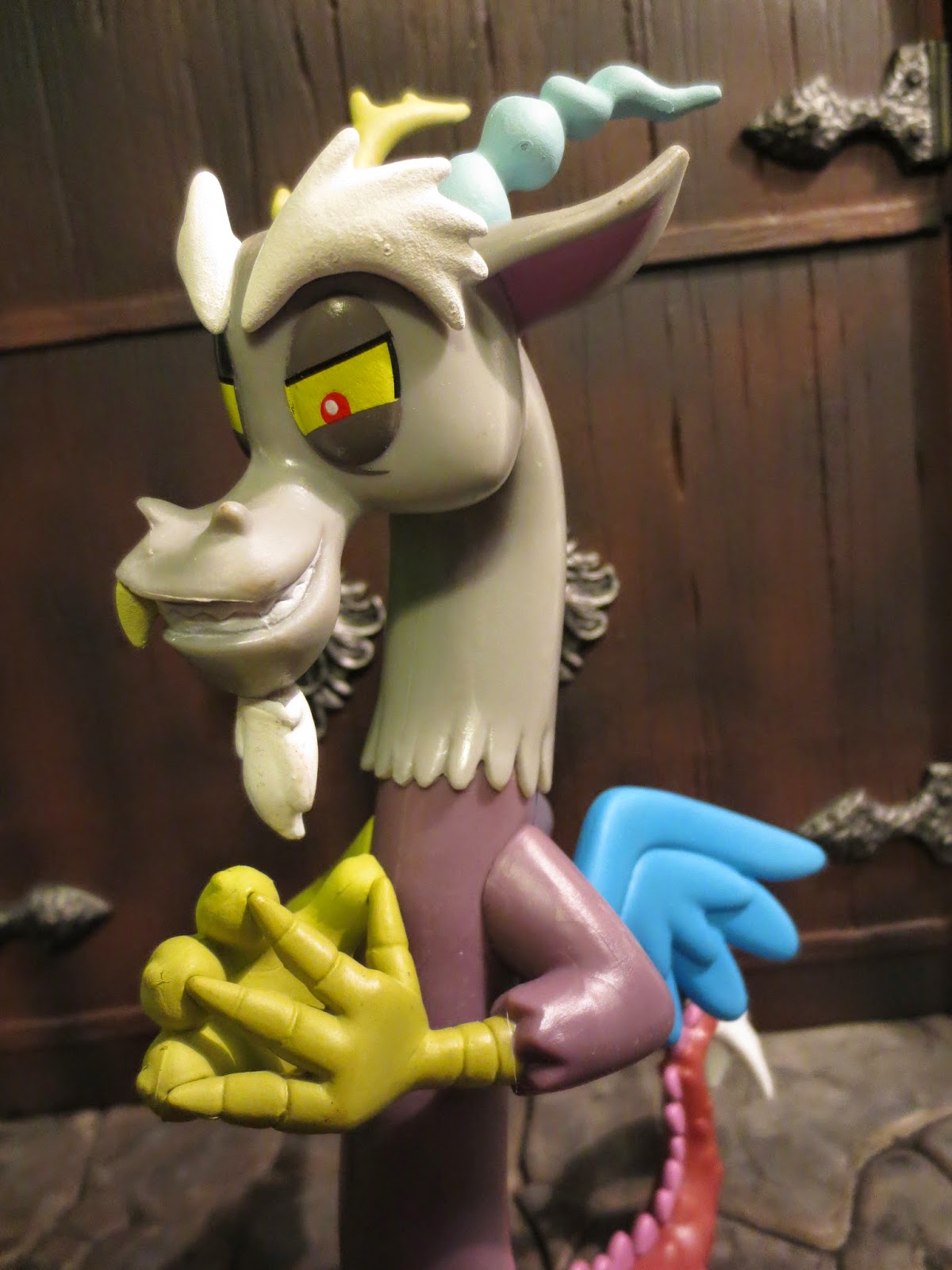 *Even if you could care less about the show, there's no denying that Discord is a very well designed character. Living up to his name of being all about disharmony and chaos, Discord's body is a hodgepodge of various animal parts. He's got a horse-like head with goat-like features, two wildly different antlers and horns, a paw and a chicken foot for hands, a bird wing and a bat wing, a serpent's body, dragon's tail, and the legs of a horse and...maybe a dinosaur? Discord's all over the place but he manages to make it work. He's very colorful and fun with lots of personality. He'd make a great villain for any toyline with a bit of fun in it. He's probably go great with the TMNT. *While these figures are fairly smooth to replicate their animated appearances, Discord still has some great sculpting. While there aren't a lot of textures there are lots of different and unusual shapes. If you're a fan of asymmetrical design in your toys, you'll dig Discord. The head sculpt is really fantastic and perfectly captures Discord's sly, slimy personality. 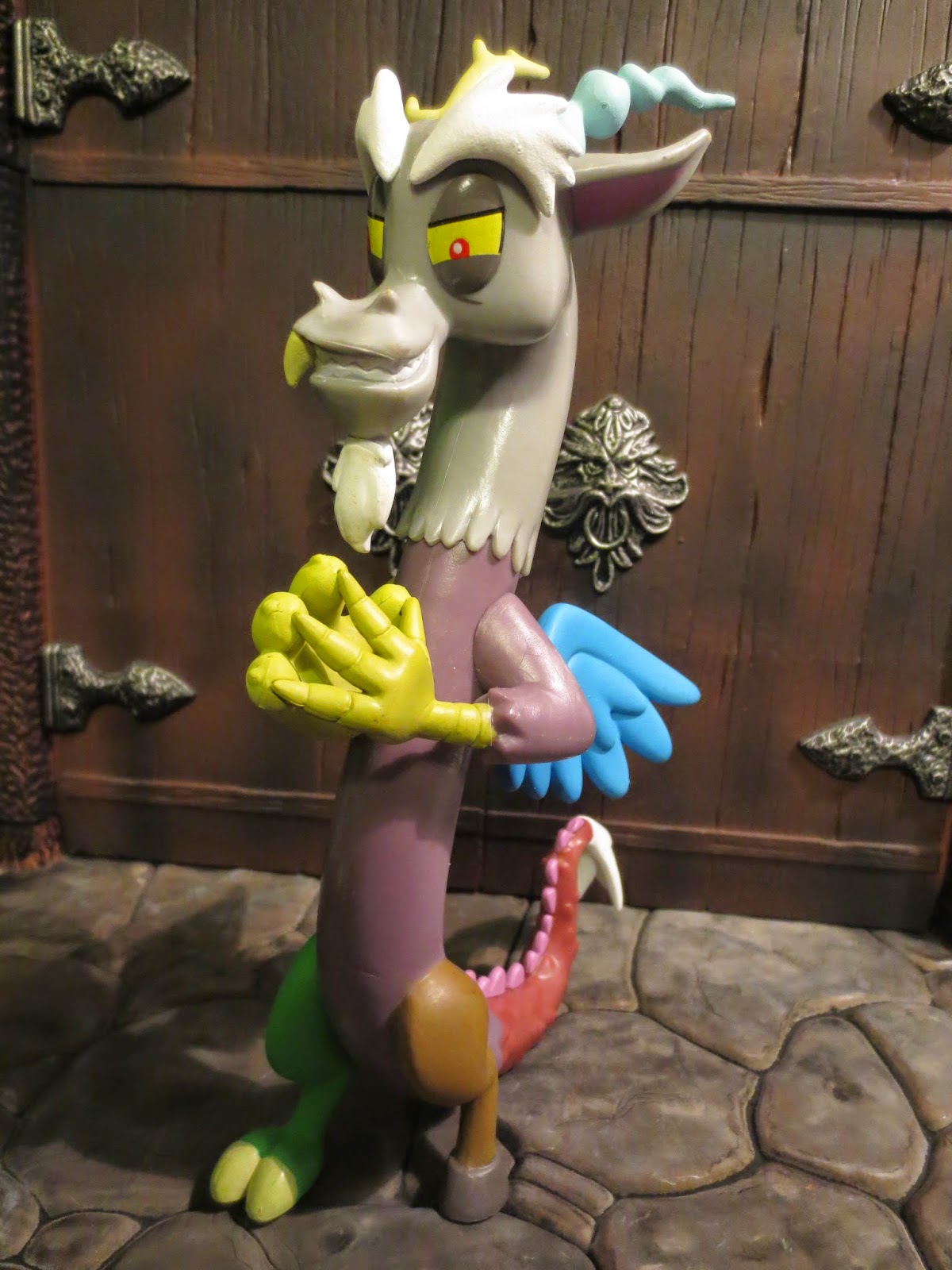 * I'm really glad that Funko chose to actually make this figure larger than the others. He's not perfectly in scale but he's large enough that you shouldn't be concerned that he looks too small next to the Mane 6 and their friends.

*He balances really well. While he has a slender body and small legs, his tail helps to keep Discord standing on your shelf. 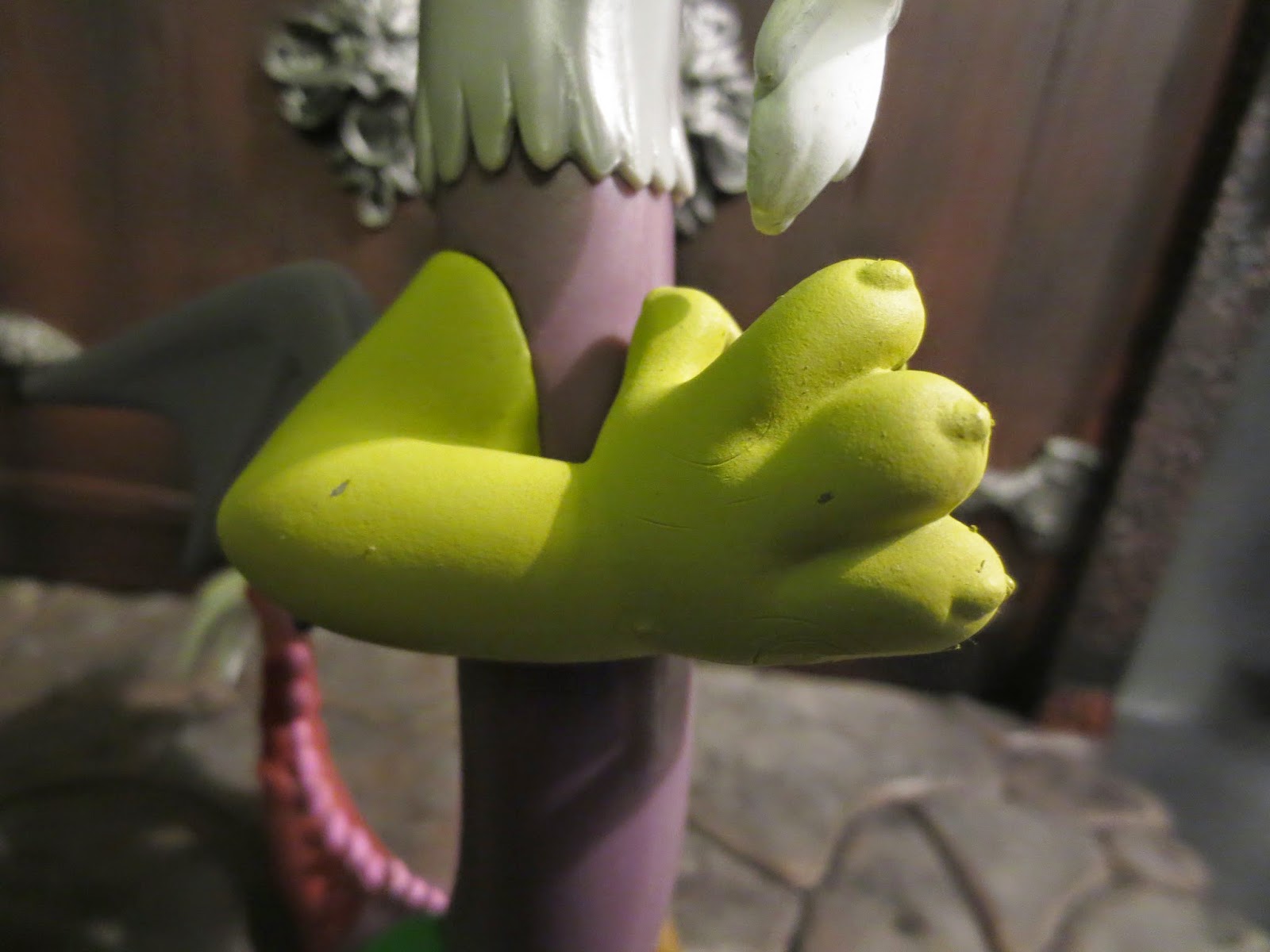 *My only negative is a problem with some of the paintwork. It's fairly neat and clean overall, but there are definitely some clumpy parts. I'm not sure if this is a problem with the paint or with the vinyl molding but some elements, such as Discord's right arm, look a little gloppy. I'd like to see these just be a bit cleaner and sharper to improve the overall look. 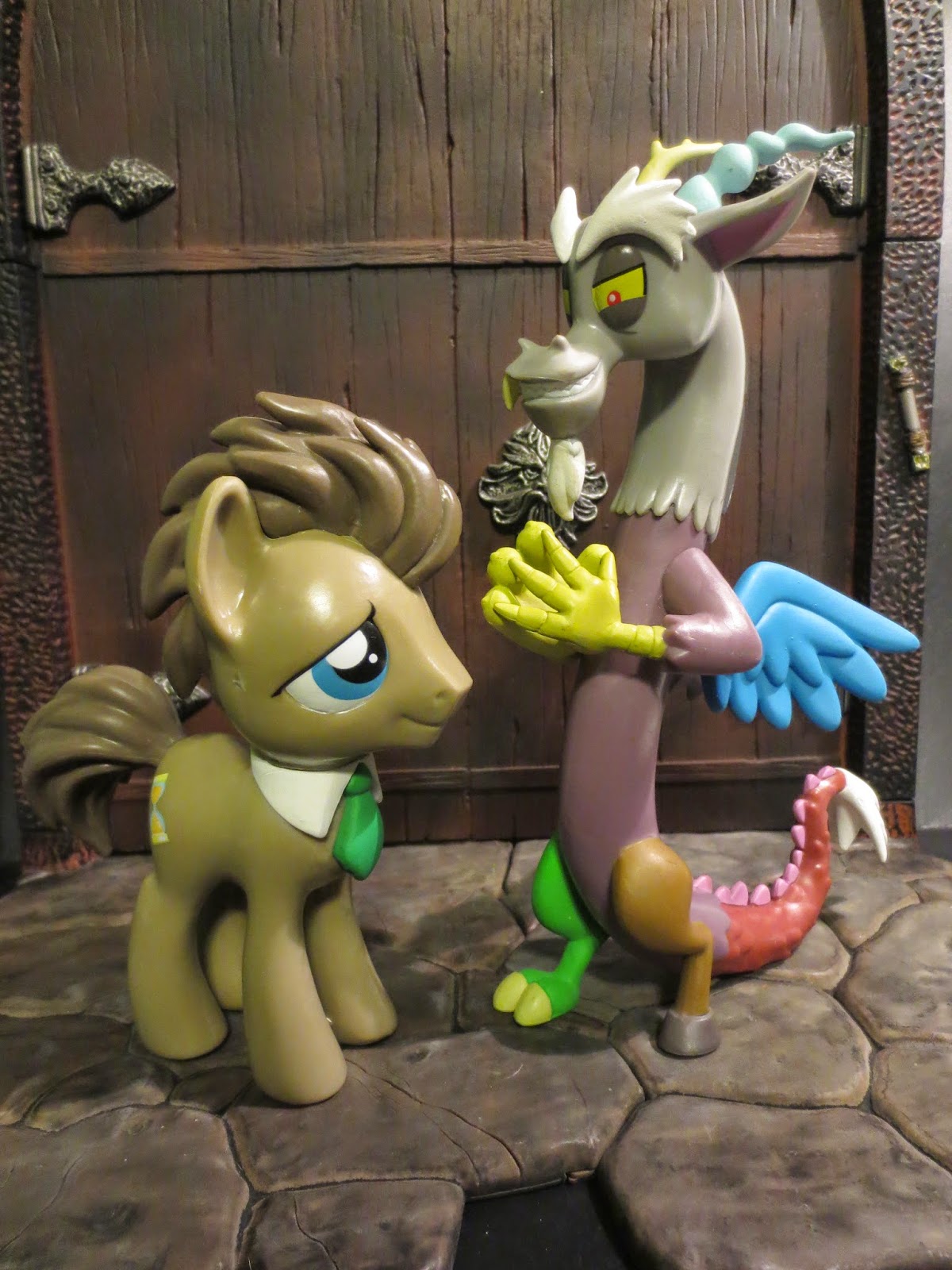 Discord is really great. I love the variety that Funko is giving us in this line and I hope that it continues We're getting more great ancillary characters later this year (including Princess Cadence and Shining Armor) as well as the Mane 6's main sidekick, Spike. It's great to see Funko doing things that Hasbro just won't do! If you want a Discord, this is how to get him! He's wild, fun, and displays well with any ponies you have. While there are a few elements of the sculpt that are a bit soft, overall he's incredibly well done. I'm giving him a Great and a 1/2 as he's one of my favorite releases from this line yet! 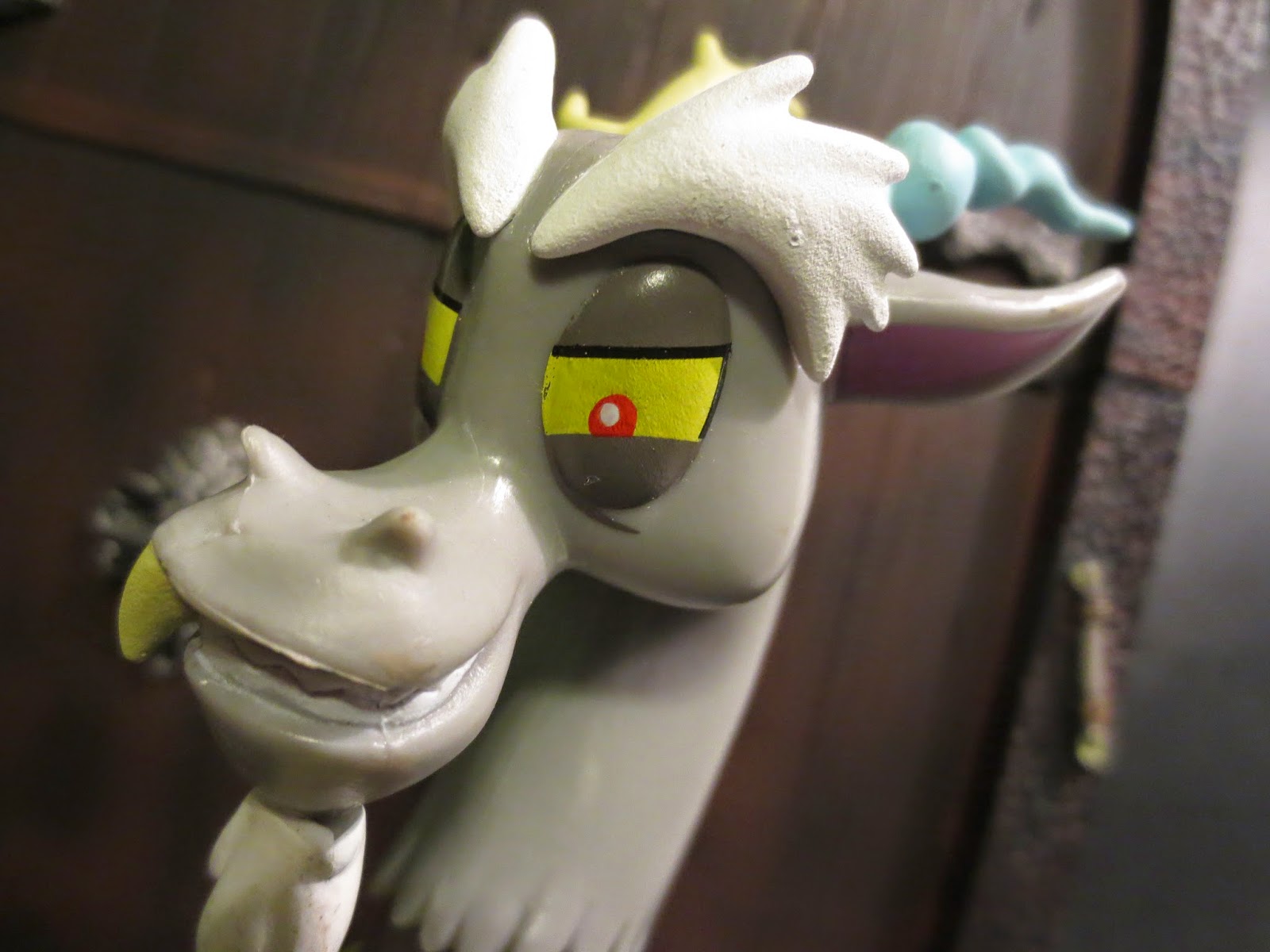 If you're interested in seeing more of this line, check out my other reviews from My Little Pony Vinyl Collectibles by FunKo:
Fluttershy
Rarity
Trixie Lulamoon
Posted by Barbecue17 at 2/22/2015