Action Figure Review: DRx Who 10-Doh! from So Analog by Squid Kids Ink 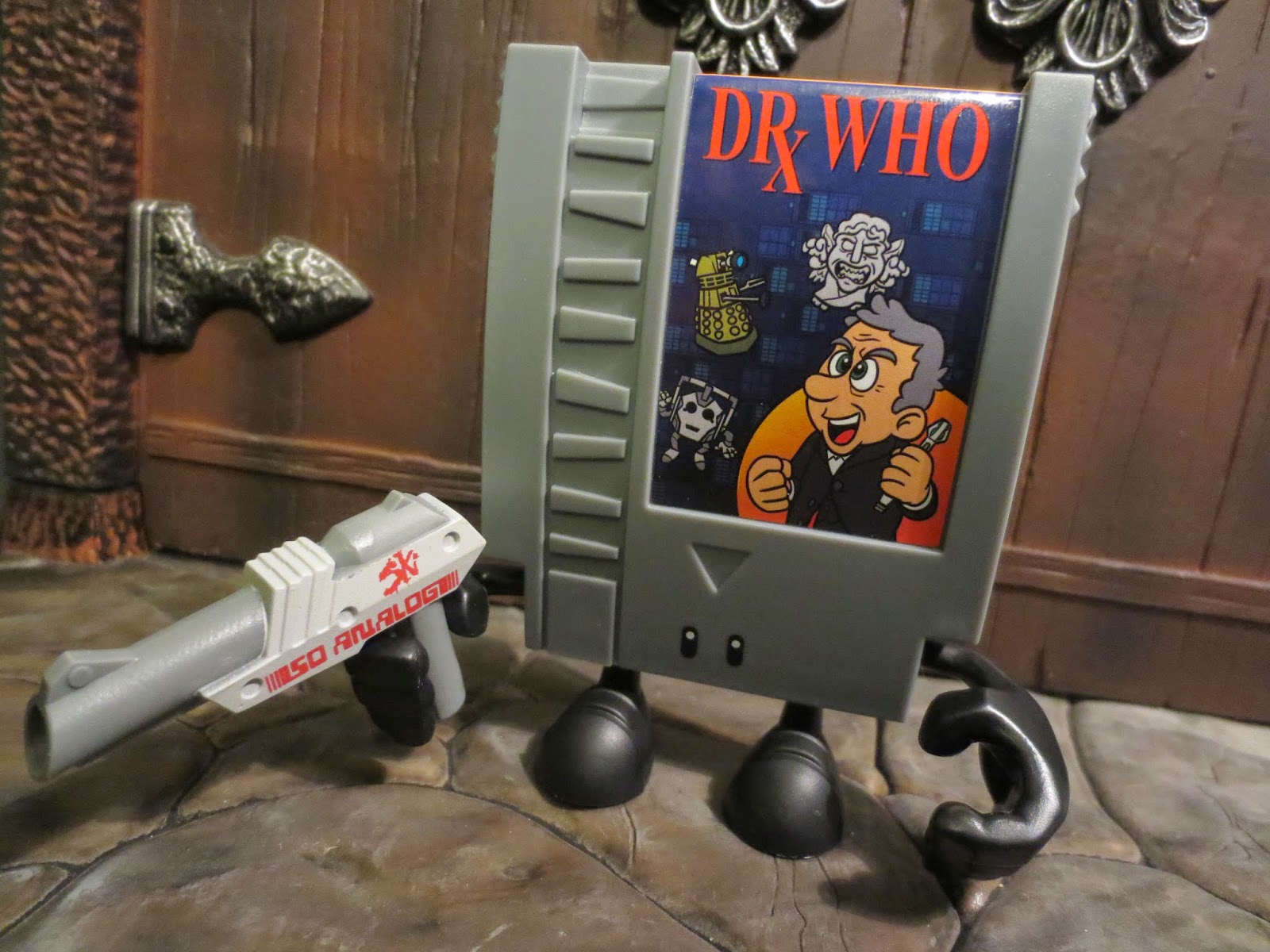 Last month I started subscribing to Loot Crate both to get an exclusive copy of Marvel's Star Wars #1 and because I love having boxes of random junk showing up at my door. For January 2015 the Loot Crate theme was "Rewind" and the included contents were focused on products that evoked 80s sci-fi and video game nostalgia. The box came with a themed button, a copy of Loot Crate Magazine #18, a fairly nice black and silver tie with little Space Invaders guys on it, the aforementioned copy of Star Wars #1, a Voltron t-shirt, a comic book inspired notebook, "pixelated' 8-bit sunglasses, and, the subject of today's review, a Loot Crate exclusive 10-Doh! from the So Analog line line by Squid Kids Ink. if you've never seen a 10-Doh! before, they're basically parody 8-bit Nintendo cartridges with arms and legs. I was familiar with them because I had seen their successful series 2 Kickstarter campaign a year or two ago  but I've never owned one. Through Loot Crate Squid Kids Ink offered six exclusive cartridges: Korben's Alley, 1 Point 21 Jiggawatz, The Legend of the Future, Alien Attack, Fie Hunt, and, the one I got, DRx Who. While the stickers on the cartridges are different, everything else is the same except that the The Legend of the Future cartridge is molded in gold plastic like the NES The Legend of Zelda game. Ready for a look at this clever mash-up of Doctor Who and Dr. Mario? Then join me after the break... 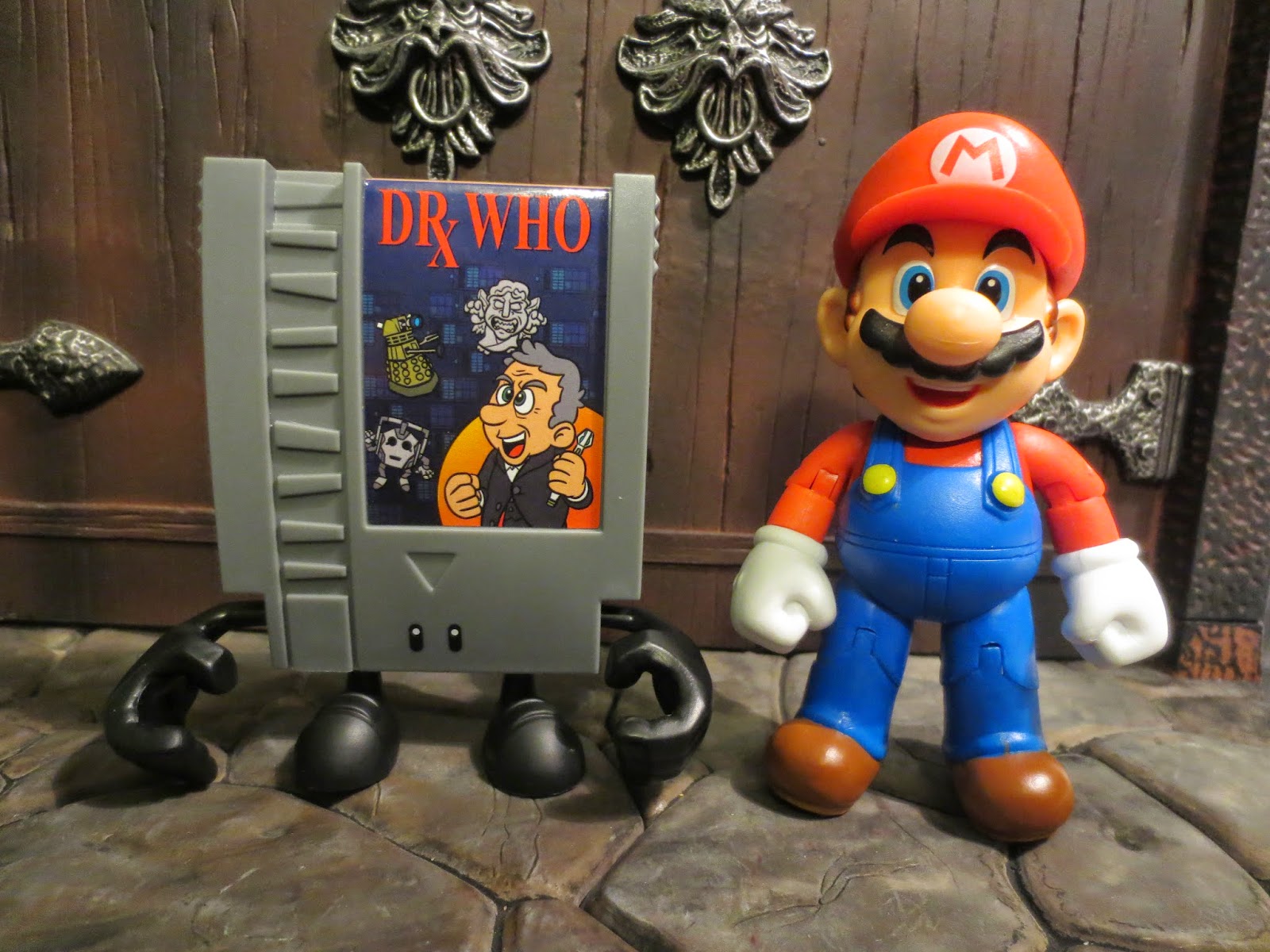 Non-Scalper Price: While this was an exclusive part of a Loot Crate, the other mini 10-Doh!s usually sell for $10 each. 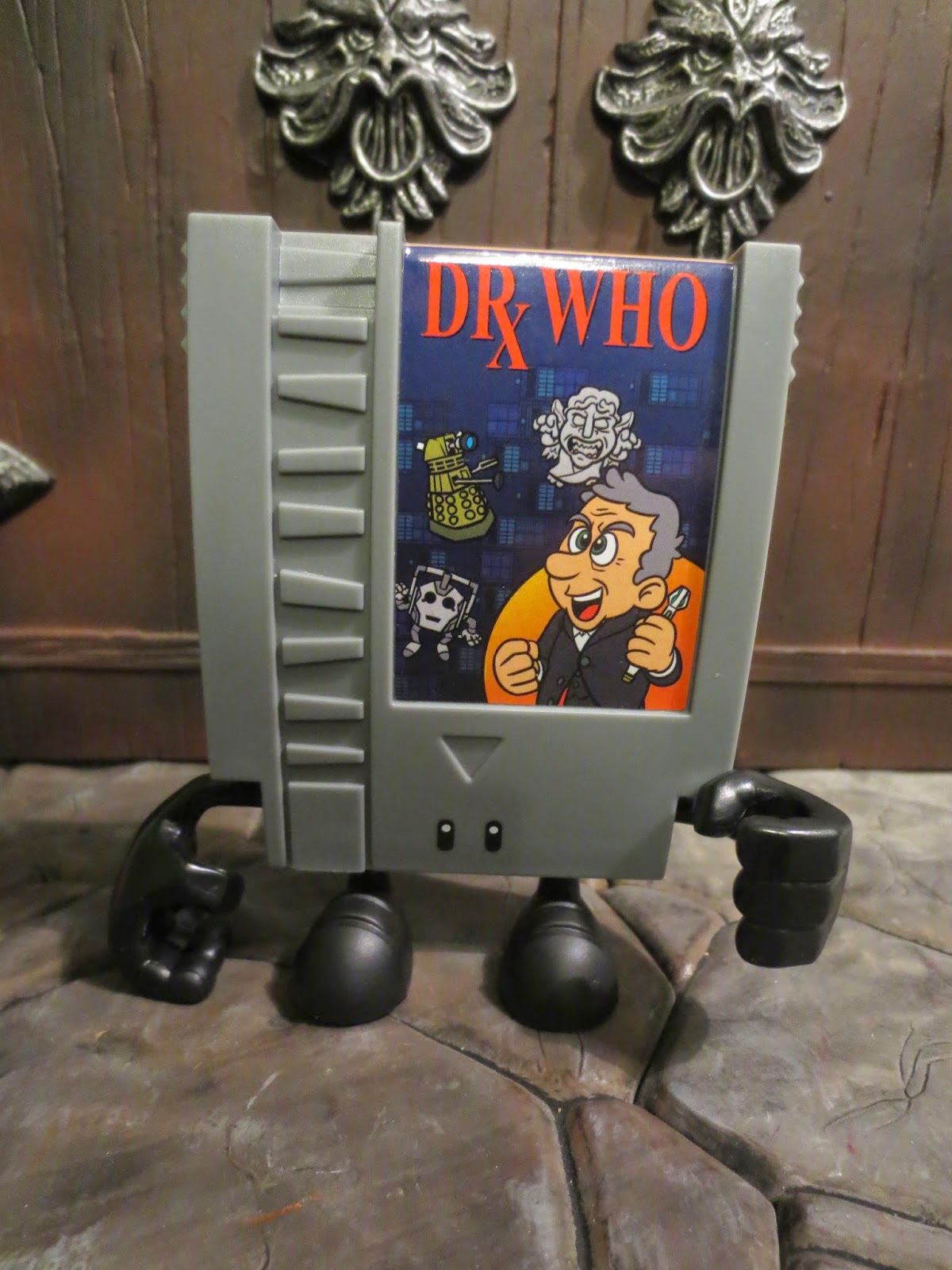 * I really like the style of the 10-Doh! as it really does capture the elements of what made the original Nintendo cartridges so cool while still adding some unique flourishes to differentiate the figure from it's 8-bit predecessors. While most of the differentiating details (eyes and the game label) are accomplished through paint and a sticker, the various grooves of the familiar shape are all there. The 10-Doh! also has a cool, curvy shape to it that adds to it's appeal.

*Surprisingly, I got the cartridge I would have selected from the six available from Loot Crate. I really like the Doctor Who and Dr. Mash-up. The title is definitely recognizable and features the same stylized Dr. abbreviation with the "R" and "X" joined together like a prescription abbreviation. The Doctor on the label is the twelfth Doctor, Peter Capaldi, and features him with Mario like features. Rather than little viruses, a stylized Cyberman, Dalek, and Weeping Angel are pictured behind him. It's really cool. 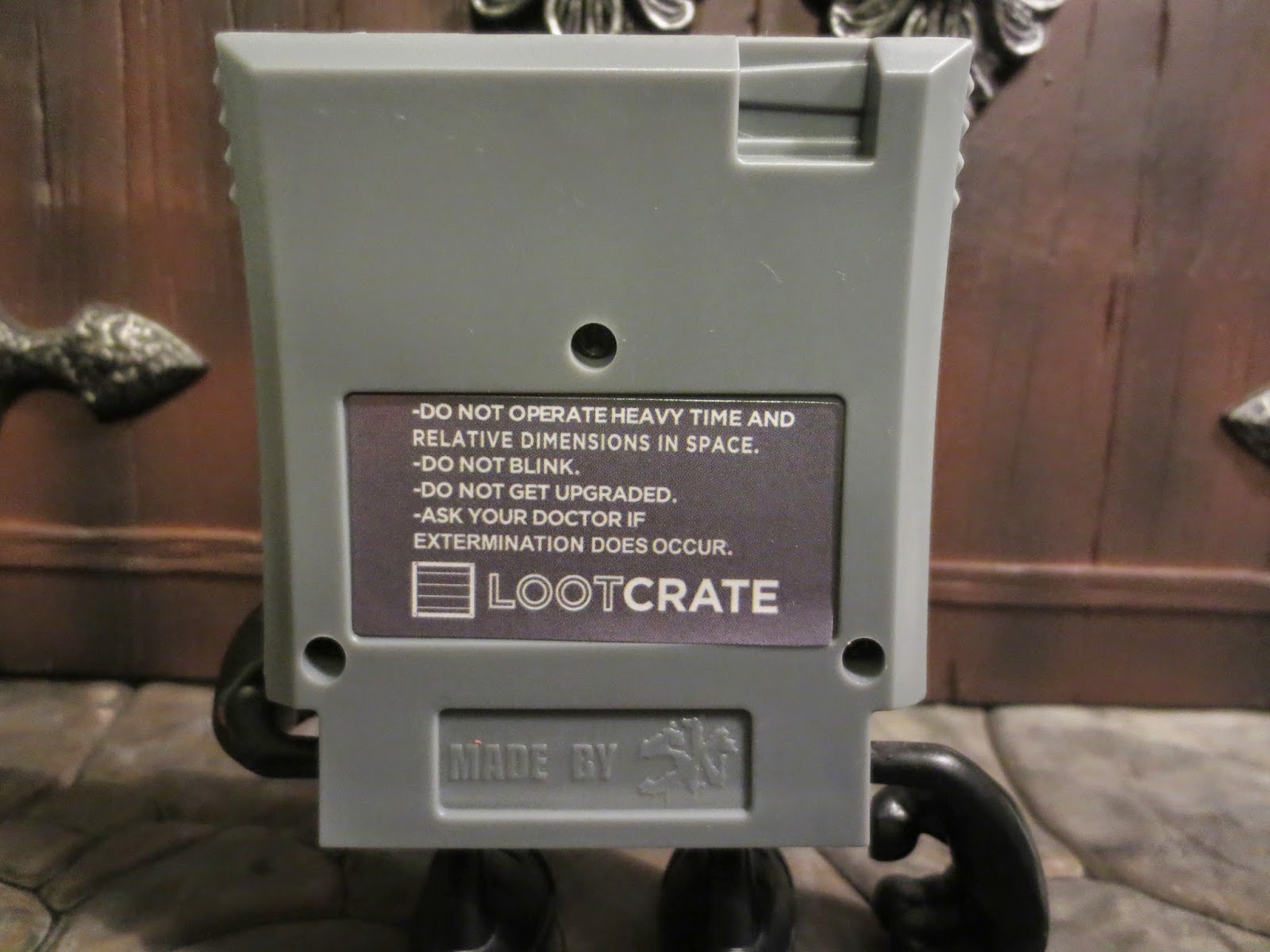 *The warning label on the back is also neat because it is personalized to this cartridge and is filled with references that Whovians will immediately get. Funny stuff. 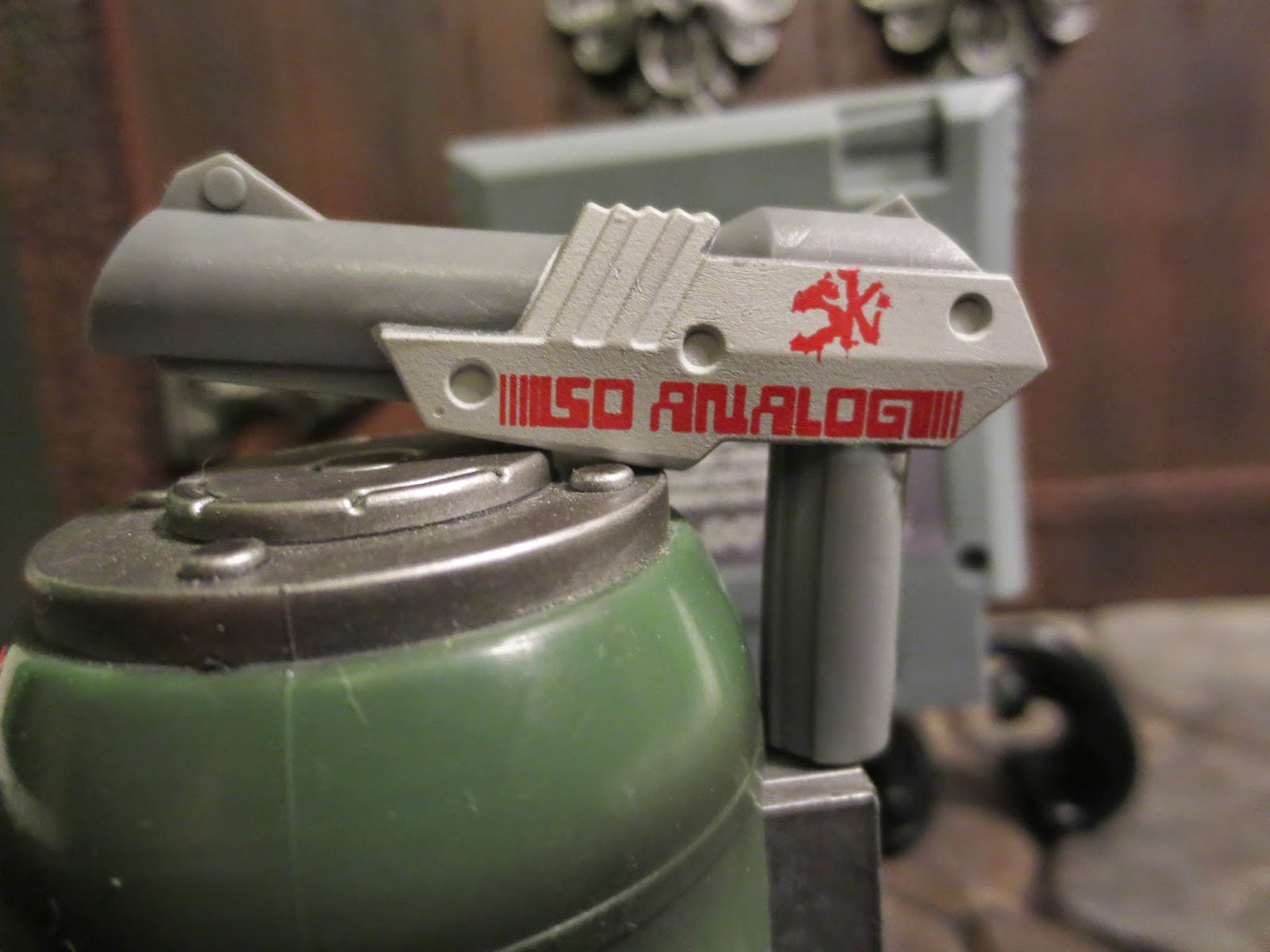 *My favorite part about this figure is without a doubt the little replica NES light zapper that the 10-Doh! is wielding. It's nicely sculpted and painted and is designed after the original gray zapper that I had as a kid (and not the silly orange one that my lame cousins and neighbors all had). This is such a cool accessory! It's an action figure sized NES Zapper! If you've ever wanted to make a custom Captain N action figure, you'll want to track one of these down. 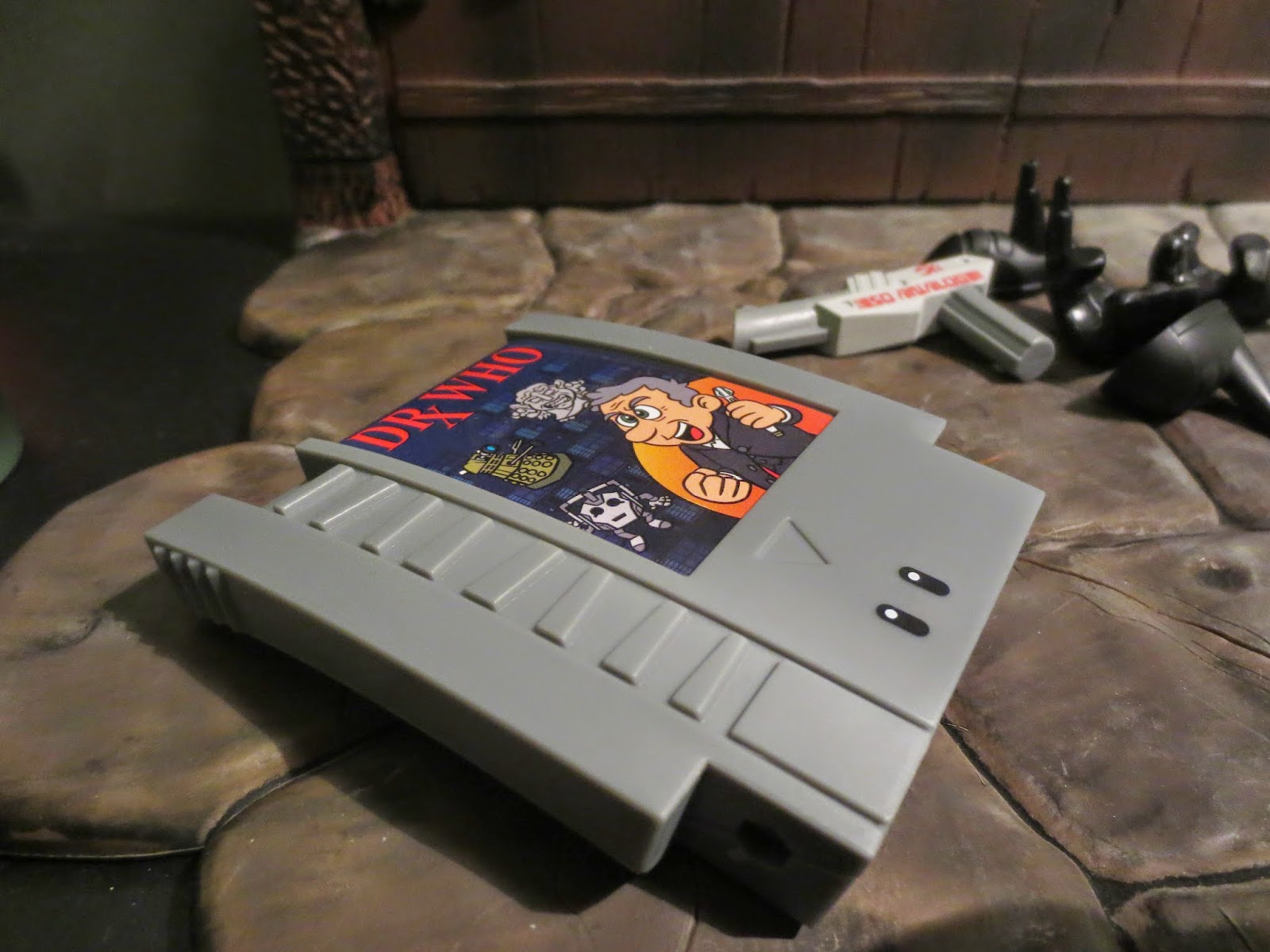 *The arms can fall off pretty easily. The package definitely stresses that "10-Doh! figures are art, not toys" so these really aren't intended for play. If you're just posing these on a shelf or photographing them you should be fine but if you put this on your desk or have it your hands while podcasting and try to mess around with it you'll definitely have to reattach the somewhat loose fitting limbs. 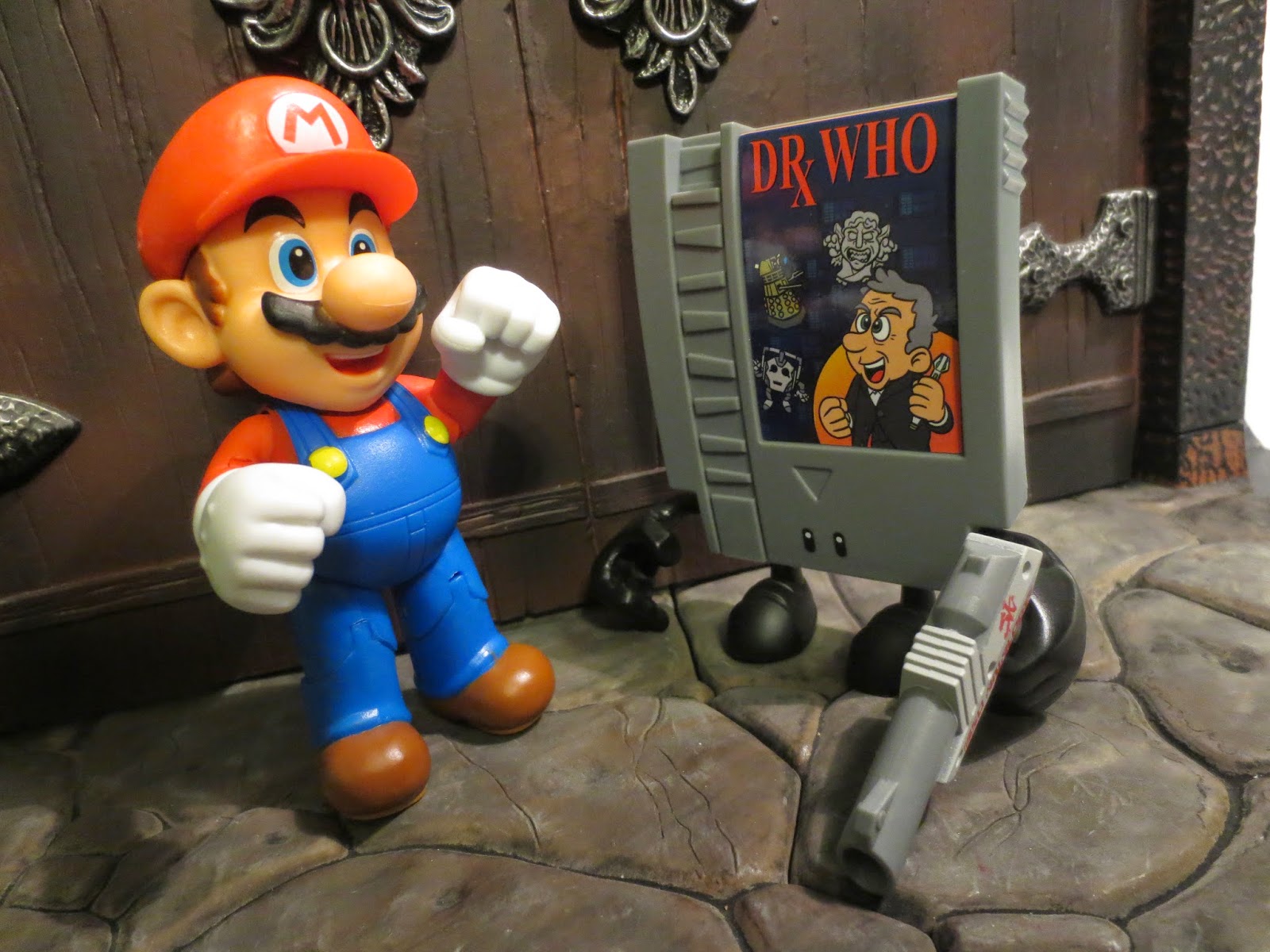 I have to say that other than the Marvel Star Wars comic, this is probably my favorite inclusion in the January "Rewind" Loot Crate. This is the kind of item that I most like to get randomly. While I can't see myself ever collecting these, I'm really happy to have one hanging out on my video game collection shelves. The style is good, the artwork on the sticker is really funny, and the mini NES Zapper is excellent. While I wish that the arms and legs attached a bit more securely, I still think this is a neat little at figure. I'd give it a Good and a 1/2, but the inclusion of the NES Zapper makes me raise that rating up to a Great. The NES Zapper is, was, and will forever be amazing. Looking at this figure and the mini NES Zapper makes me want to go play some Bayou Billy right now!
Posted by Barbecue17 at 2/16/2015