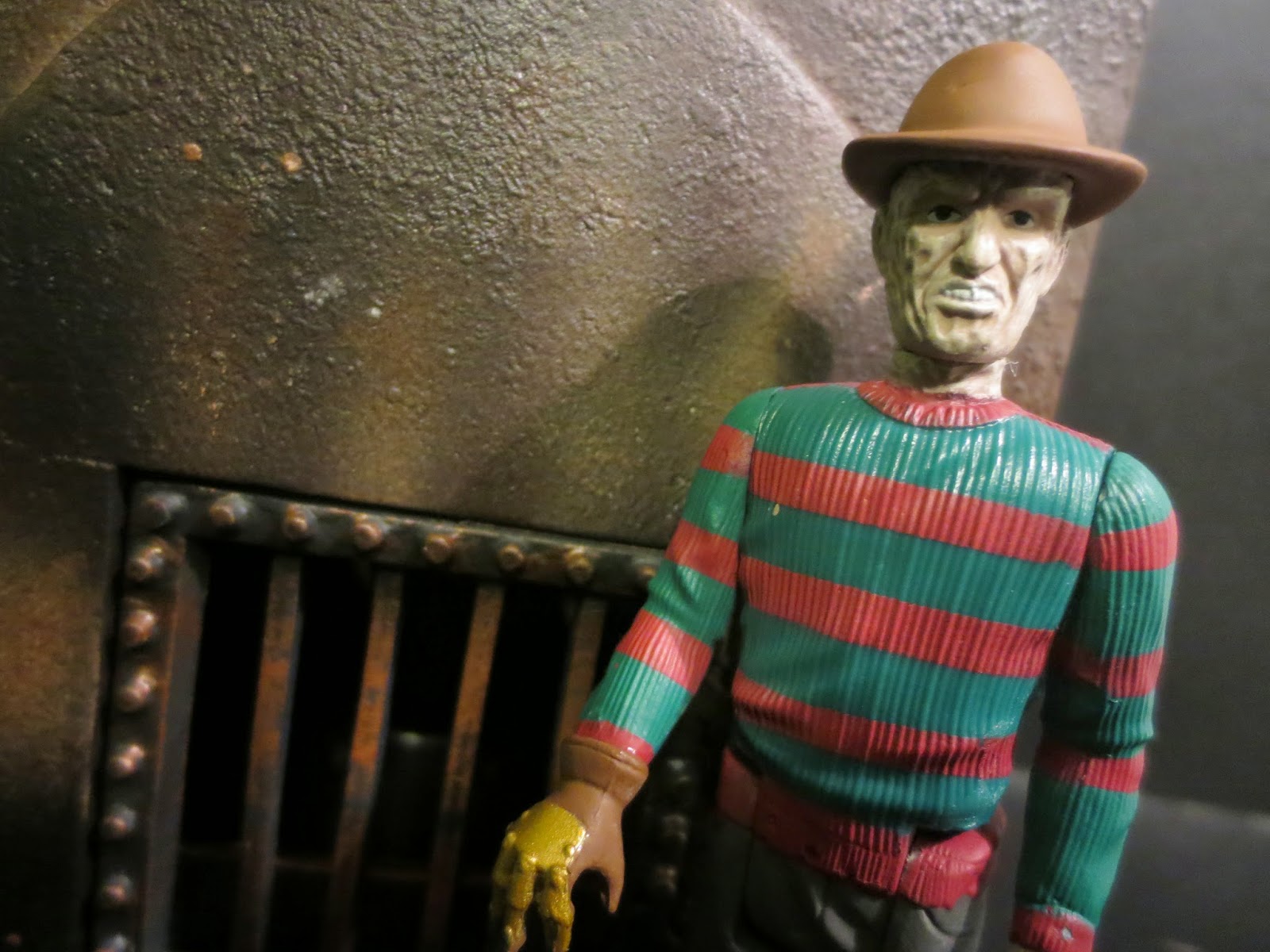 One of the coolest concepts ever for an action figure line was McFarlane's Movie Maniacs. When McFarlane started releasing those toys in the late 90's it truly seemed like the sky was the limit for action figures. Any property could become a toy! With Movie Maniacs, McFarlane wisely acknowledged that not every property (particularly horror films) needed a complete toyline. Offering a potpourri of iconic character in each series was a strength of that line (and others like Cult Classics) and believe me, I'm kind of getting that same old magic feeling with FunKo's new ReAction Horror Series. With all of the retro styled action figures coming out these days (mostly from Funko, but Bif Bang Pow! and others are in on this as well) we're seeing so many characters covered but I think the horror stuff is the most fun. I think the magic really kicks in with these ReAction figures when you can almost really believe that these toys might have existed back in the late 1970's and early 1980's and, for Freddy Krueger here, I can almost believe it. Remember how Matchbox released some crazy toys back in the 80's like a talking Freddy Krueger doll and the Maxx FX Freddy doll? Yup, I can easily imagine a more traditional Freddy Krueger action figure hitting shelves as well. Granted, as a kid I would not have wanted this as I was pretty terrified of Mr. Krueger, but it's still fun to imagine back. If someone rambling on for the next paragraphs about a 3 3/4 inch Freddy Krueger sounds like your idea of a good time then join me after the break... 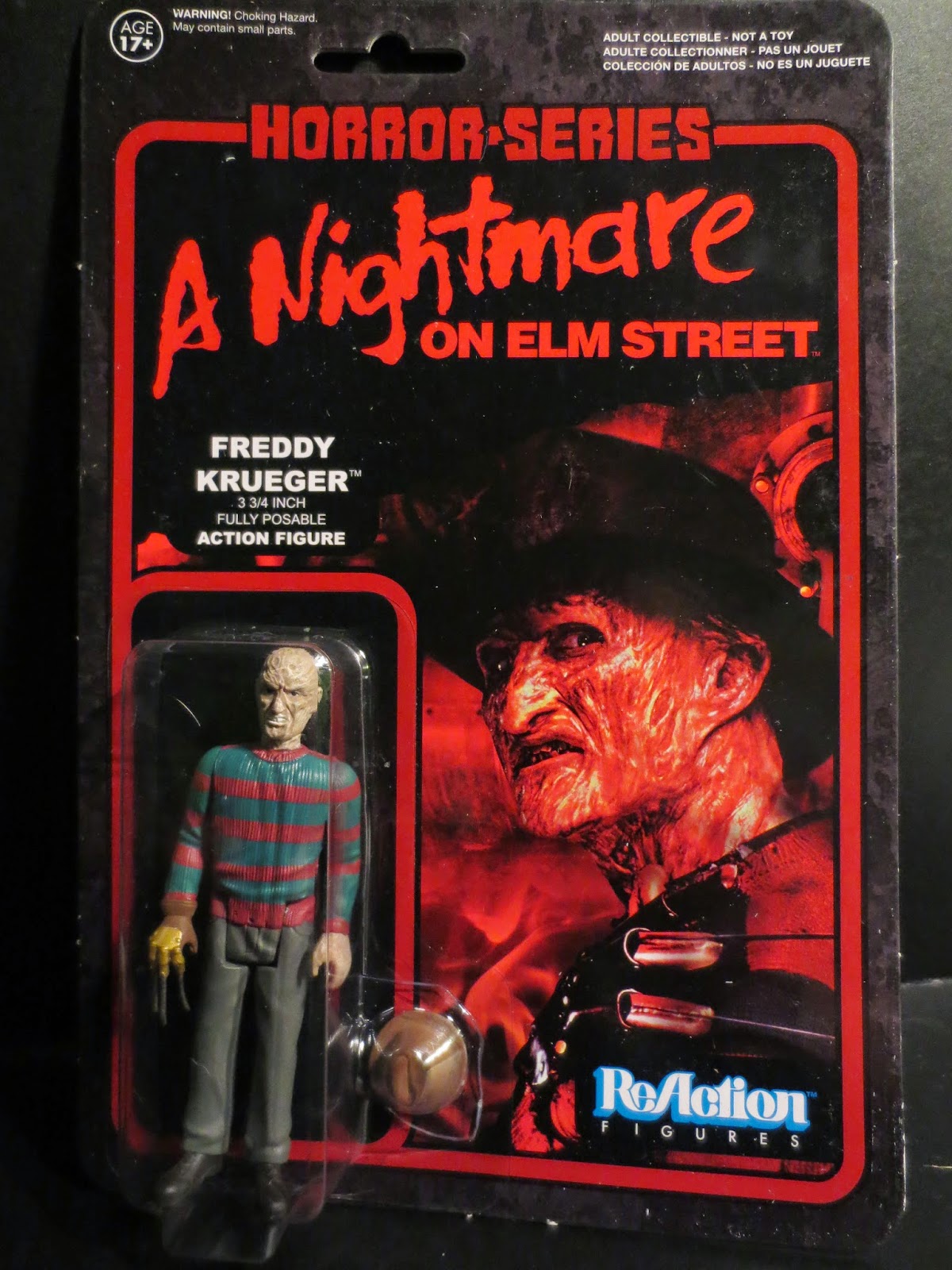 Once again, the whole goal of these retro based ReAction figures is to capture the feel of the classic Kenner Star Wars figures and their many imitators. If Freddy doesn't quite capture this feel with his sculpt (it's a little too good at times) he certainly does capture the spirit of those toys with his simple construction, stiff pose, and excellent blister card. I really never thought I'd be as interested in these toys as I am, but I'm totally loving them. 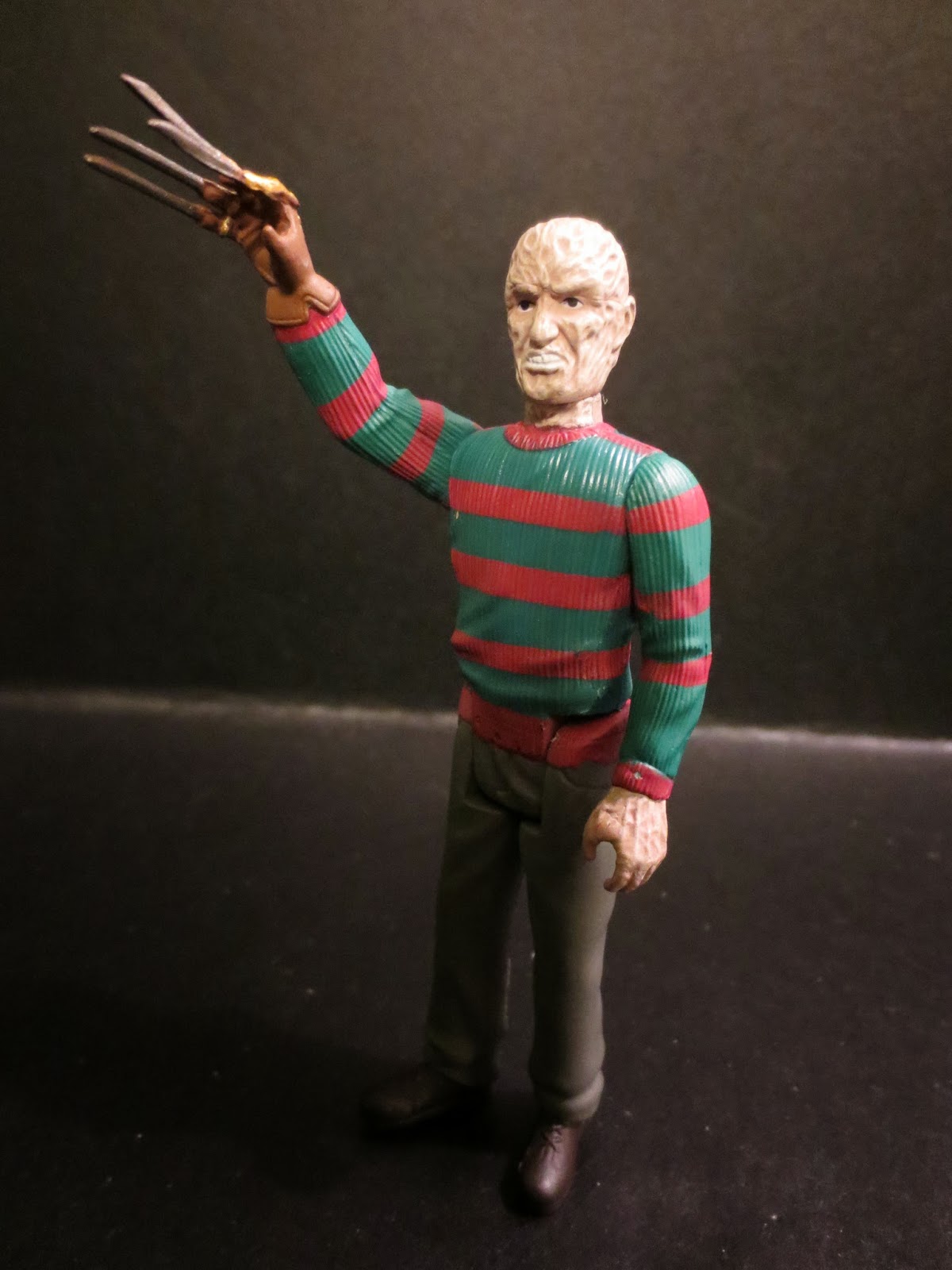 Like his ancestors, Freddy only features 5 points of articulation. Swivel hips, swivel shoulders, and a swivel neck. That's just enough articulation to point his glove menacingly, look to his left at your Jason action figure, and sit down in a vintage TIE Fighter. Because that's how vintage Freddy ants to get around. The figures feels really sturdy with nice, solid plastic. 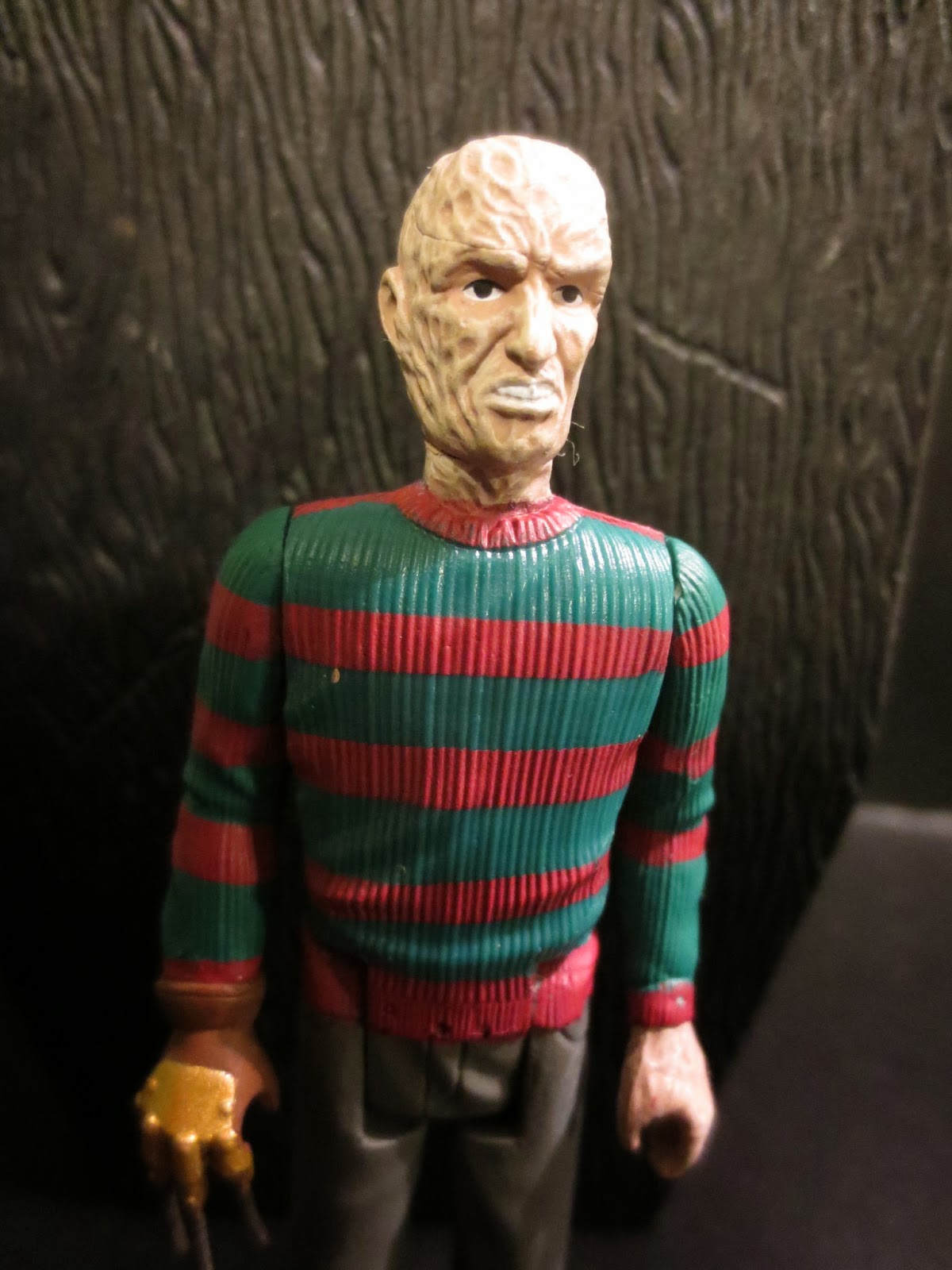 Let's talk about the sculpt: I like it, although I imagine for some fans it might actually be a bit too good to fit in a vintage toyline (although some of the 1985 Star Wars figures featured some pretty nice sculpting that was streets ahead of the 1978 releadses). Freddy's face is instantly recognizable with all of its scarring (his hand is scarred, too) and his sweater has a nice textured pattern to it with little tears and fraying at the bottom. The claw hand is simplified but immediately recognizable. The blades are made from a softer plastic to help keep them from breaking. 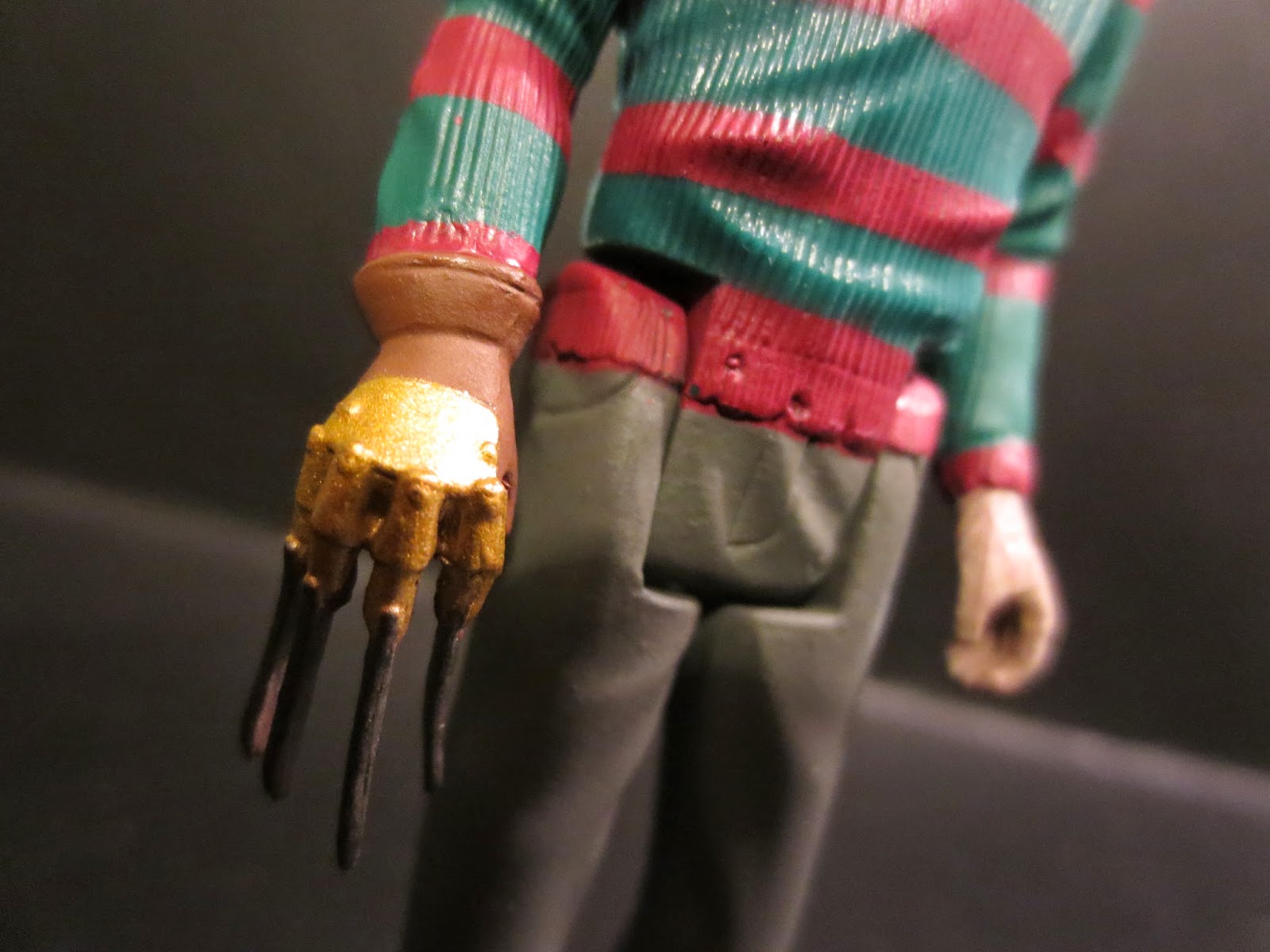 While the package proclaims this as a "A Nightmare on Elm Street" action figure, this figure is most definitely from one of the sequels. Know how I can tell? Freddy has green stripes on his sleeves. Yup, those stripes weren't added until 1985's A Nightmare on Elm Street 2: Freddy's Revenge. The paint technically looks good all around except for a little bleed on the neck line, but I can't help but feel that there is a little too much green on the sweater. The green stripes seem much thicker than the red stripes which just seems out of proportion to me. Does it to anyone else? 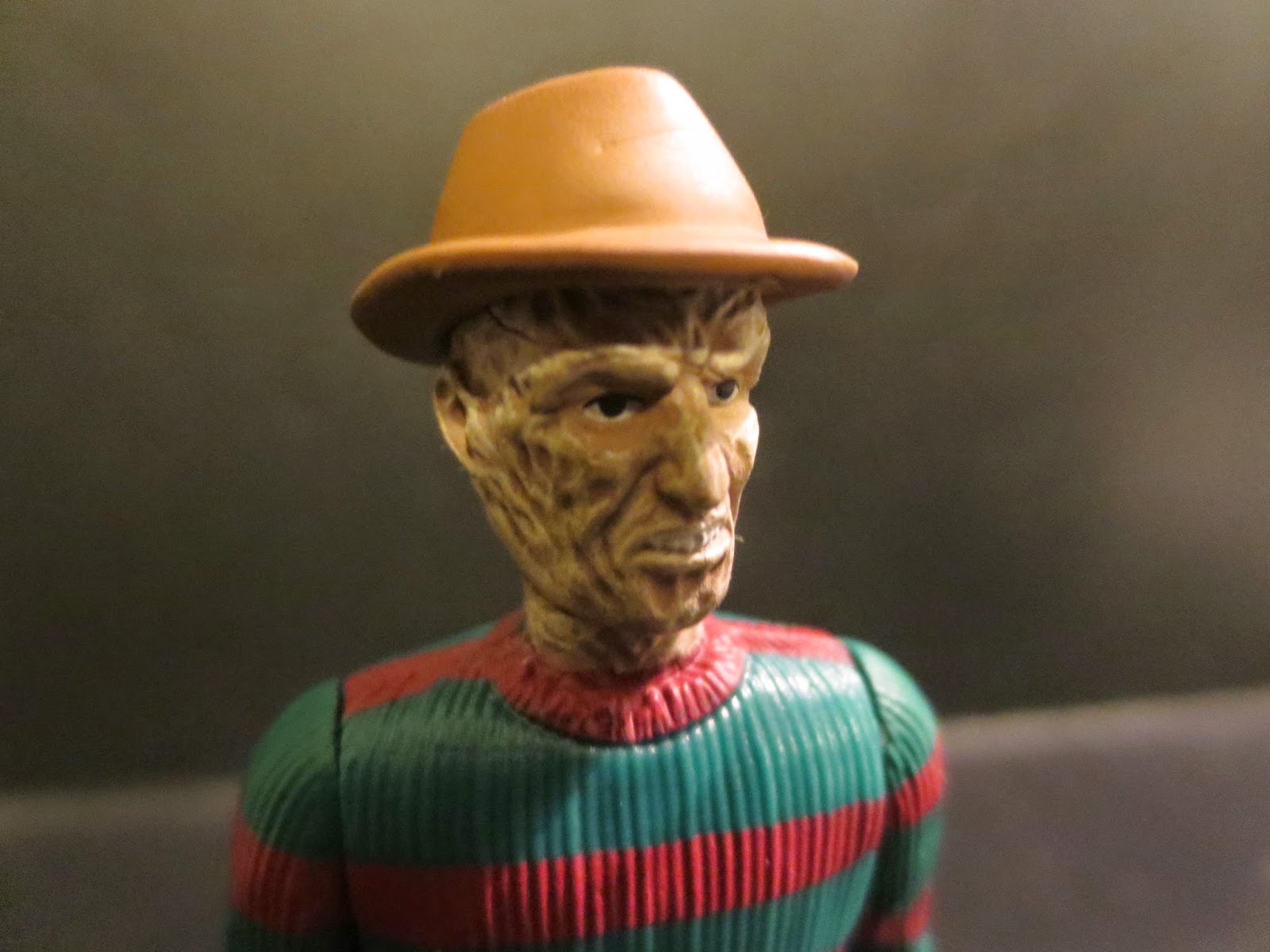 Freddy only comes with one accessory: His battered old fedora. It fits tightly on his head and looks really good. Since the claw isn't removable, this seems like a logical inclusion as an extra. It's molded in a flat brown plastic and completes Mr. K's iconic look! 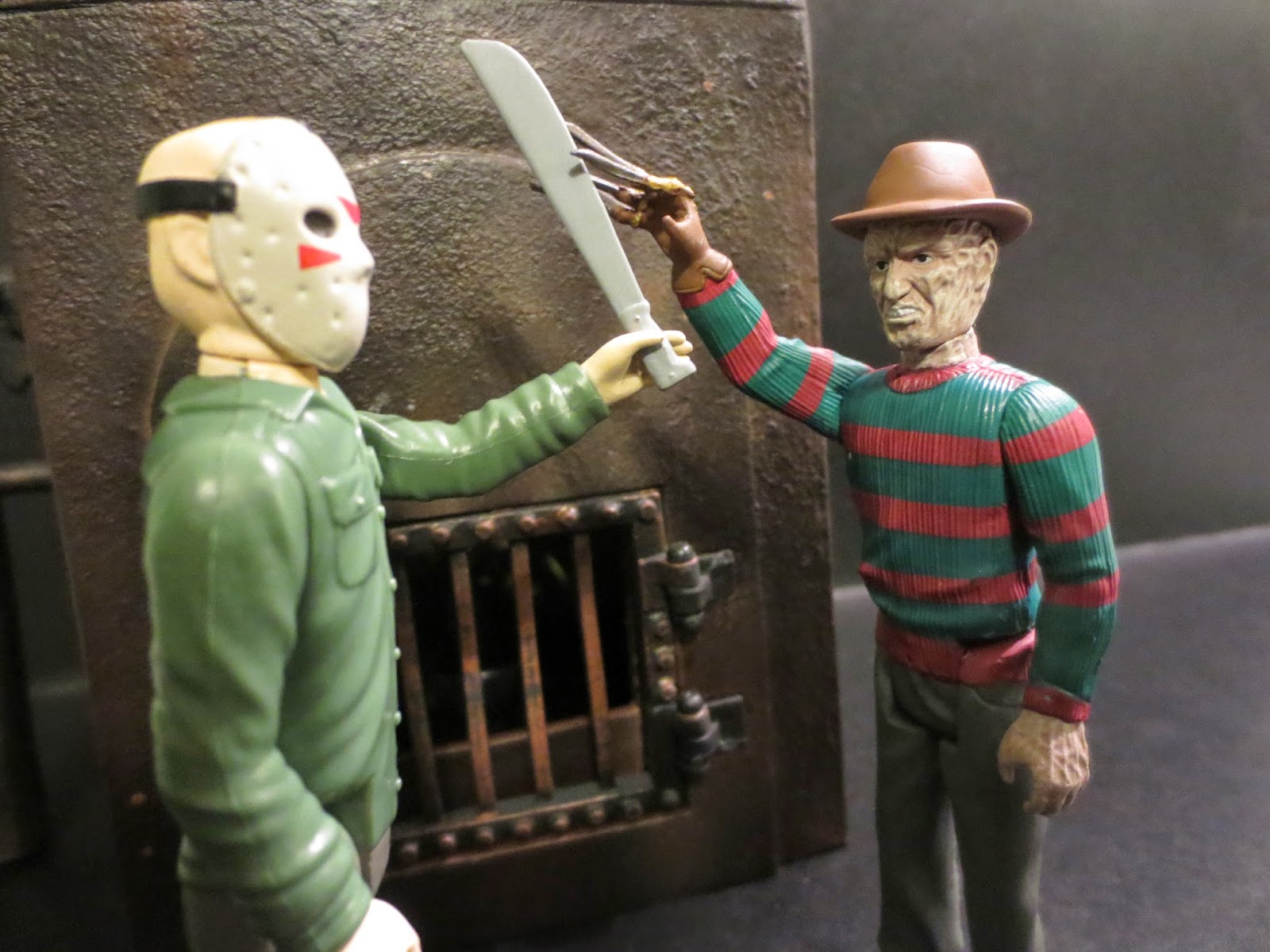 I really do like this guy. I totally get that modern "retro" figures aren't everyone's cup of tea, but for fans of the style, horror collectors in general, or A Nightmare on Elm Street fans, this guy just fires on all cylinders. Other than my issues with the red/green ratio on Freddy Krueger's sweater, I'm really happy with how this toy turned out. While I believe NECA's upcoming Freddy Krueger figure from the first film is going to be the Freddy Krueger toy to beat this Halloween season, this is a perfectly acceptable runner-up. Easily a Great figure in my eyes. 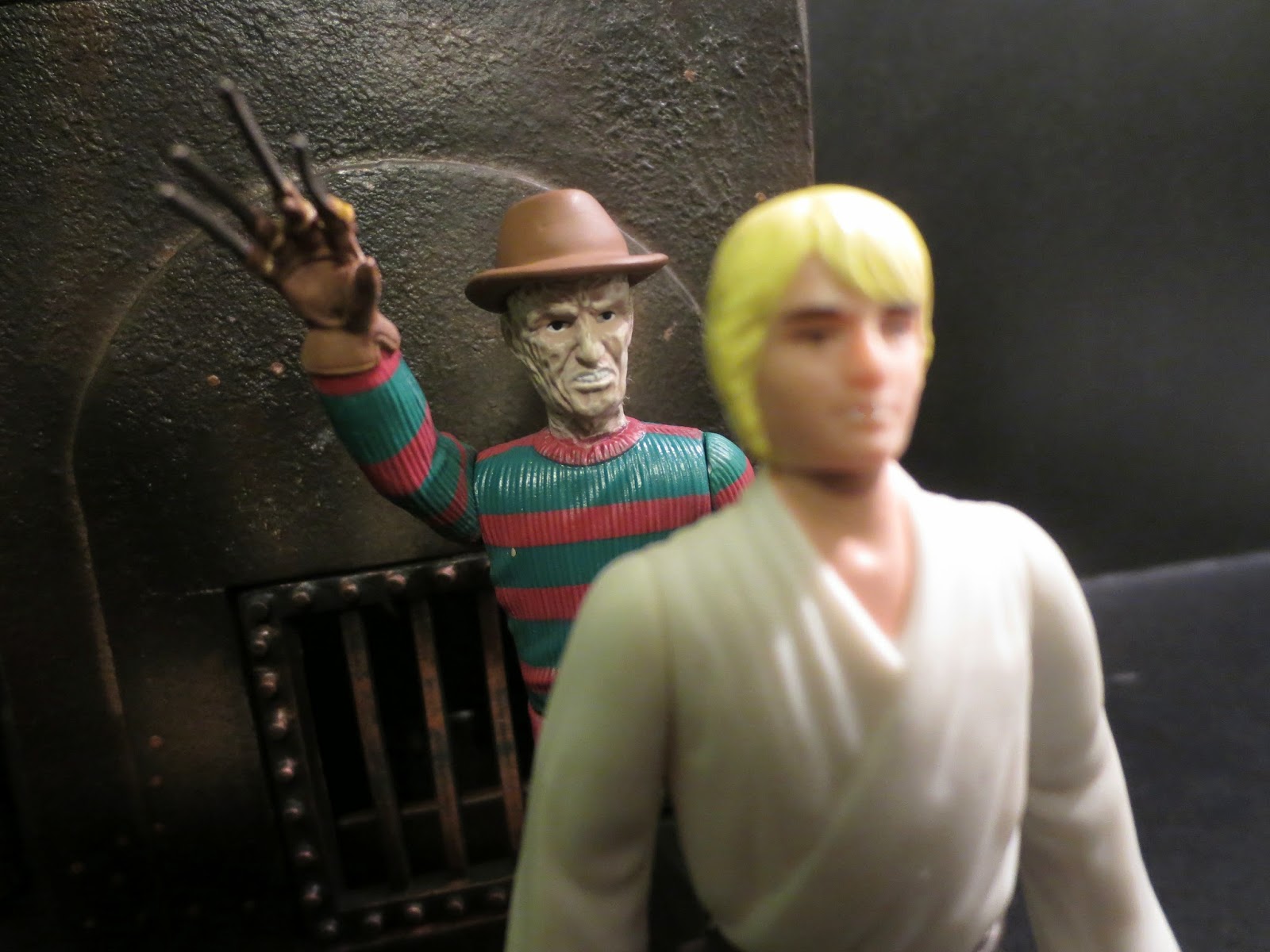