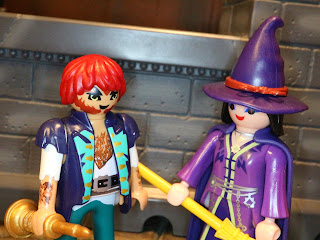 Playmobil had quite a few Halloween themed releases this season. So many, in fact, that I'm having to squeeze a few of them into Re-Halloween! I reviewed the Mummy & Grim Reaper set a week or two ago so now it's time to check out the next of the three Halloween 2-packs for 2018: The Werewolf and the Witch! This is a very colorful set and it is another one that I picked up during an early October visit to Dancing Bear Toys in Hendersonville, NC. Ready to check out these two spooky Halloween icons? Then join me after the break... 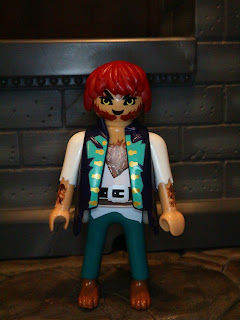 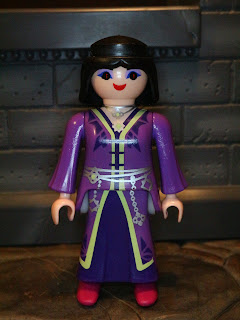 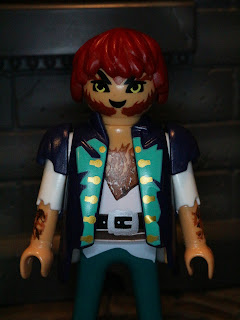 * The Werewolf is a really unique looking figure. Not everything about the figure screams "traditional wolfman" but he definitely looks unique. I like the colorful shirt (the sleeves are separate removable pieces that clip on the shoulders) and the hairy chest underneath it. 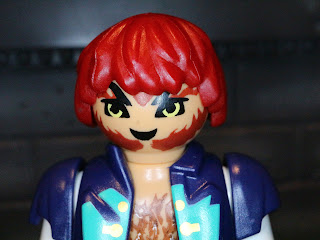 * The face is pretty good, too. You don't see too many red headed werewolves, do you? This guy has some seriously spooky yellow eyes, a lot of hair on his head, and some wicked wolf-like sideburns. 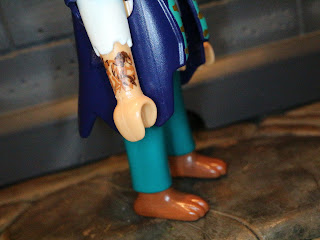 * To make him even more wolf-like Playmobil gave the Werewolf lots of hair on his arms and some brown, clawed feet. Nice attention to detail here! 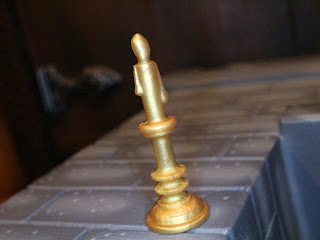 * Oddly enough, the Werewolf comes with a... candlestick? That's an unusual choice but I guess I definitely associate big ol' candlesticks like this with haunted houses, so it works. Maybe he's the butler or door greeter for the haunted house? 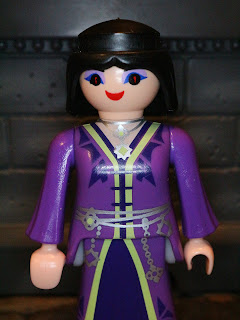 * The Witch is another very colorful figure, possibly making up for the mostly black and white of the Mummy and Grim Reaper pack. She's decked out in purple with lots of fun little magical charms hanging around her belt and her neck. 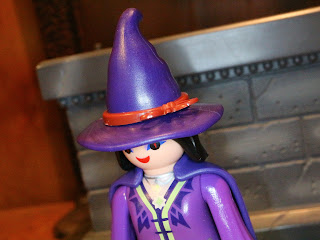 * She's also wearing a large point witch hat! Not only is this a nice looking hat but it also has a little ribbon piece attached to the side. Very cool! 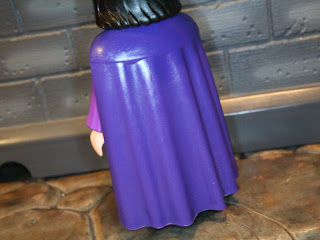 * The Witch has the standard cape, but this time it is molded in darker purple, almost matching the highlights of her dress. 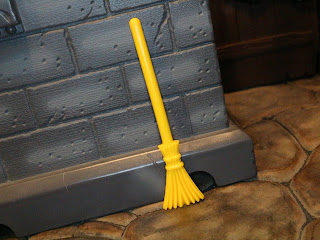 * The Witch has to have a broom, right? Yup! I've seen this broom with many other figures (Scarecrows, snowmen, etc.) but I think it fits the Witch the best! 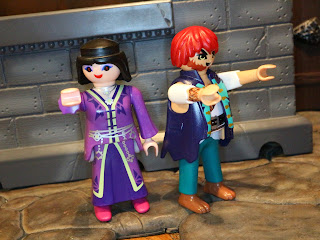 * Both figures feature the standard Playmobil points of articulation. They are fun, durable toys that kids and collectors should dig having around in their Playmobil displays. 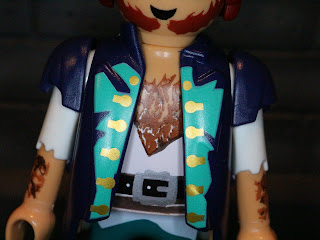 * My only complaint is that the Werewolf has some paint scratching on his chest. Look around the chest hair (what an odd thing to say in an action figure review, right?) and you can see the oddly missing paint. 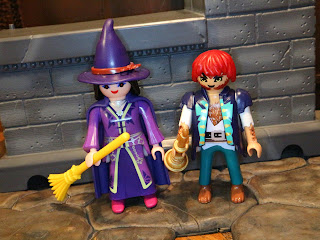 I really like the Werewolf & Witch set. Initially I wasn't sold on this Werewolf as he looked too "out there" for a Werewolf but, after having him in hand, he's a pretty cool figure that does something really unique. The Witch is impressive too and has all of the Playmobil charm you've come to expect. This is a Great set and well worth tracking down. I don't buy a lot of Playmobil stuff but the Halloween themed items are too much for me to resist. Track these down if you're a Playmobil fan or just like spooky toys. This one is a real winner!