Something Has Survived!: Island Explorers from Matchbox: Jurassic World: Legacy Collection by Mattel 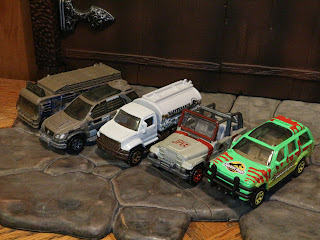 I've mentioned in previous reviews that Mattel's Jurassic World toyline (which is largely based on Jurassic World: Fallen Kingdom, to be clear) has a Legacy Collection subset available exclusively at Target, the Matchbox line also has a Legacy Collection subset at Target as well. Based on vehicles from three of the four Jurassic Park films, the Island Explorers set offers up the iconic cars from the original film, the two possibly memorable vehicles from the Lost World, and a maintenance truck from Jurassic World. To be honest, it's a pretty nice collection and considering that you pay around a buck a car, it's pretty appealing for Jurassic Park fans and collectors of entertainment cars. Just for your information, these cars are available separately on single cards, but picking up the full set it definitely easier. Let's check out the Island Explorers set of Matchbox vehicles after the break... 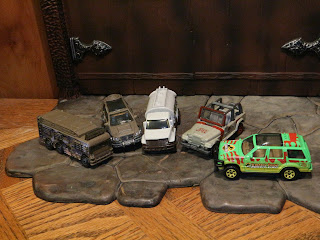 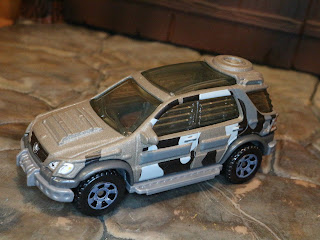 * Featured in The Lost World, the 1997 Mercedes Benz was featured in a lot of promotional items for the film. There were actually them in the film but, so far as I can tell, this is the one called Montana. Interestingly, this one appears to never even leave Eddie Carr's garage. You can see the vehicle on display at the Mercedes-Benz Museum in Germany and a quick glance at that model shows that Mattel did a pretty good job. 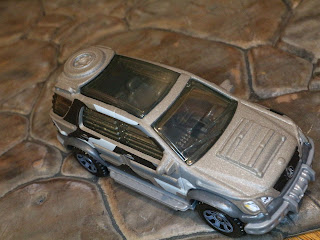 * The Montana model is missing the light bars but features the mounted tire on the roof and the extra armored plating on the sides of the doors. The camouflage painting seems a bit darker than that of the actual vehicle, but it is quite detailed. I like the little details like the visible winch on the front, the fully sculpted interior, and the armored window bars. 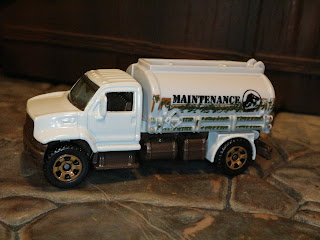 * Initially I thought this was supposed to be the truck that Eric Kirby was living in on Isla Sorna in Jurassic Park III but it turns out that this truck appears on screen briefly in Jurassic World. It's a pretty cool concept, though, and is a fairly standard utility truck with some vines painted on the sides along with the word "MAINTENANCE" and the T-Rex skeleton logo. 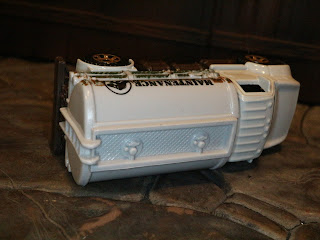 * The truck features some hatches or ports on top of the back of the truck as well as a ladder allowing for easier access. 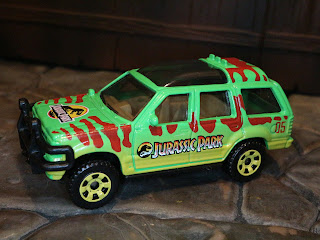 * Easily the most iconic vehicle in the set (and probably one of the 10 most iconic vehicles in film history), the 1993 Ford Explorers almost feel like characters themselves in the film due to the way they stand out from the crowd. The paint job and branding is just perfect and looks amazing. 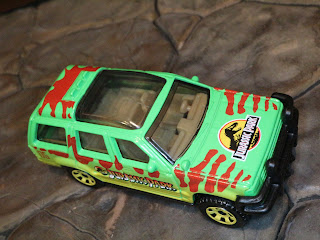 * This car is designated as car #5, which is the car that Alan Grant, Ellie Sattler, and Ian Malcom rode in during their ill-fated tour. How could would it be if Mattel made a Matchbox version of car #4 that was smashed up and destroyed? 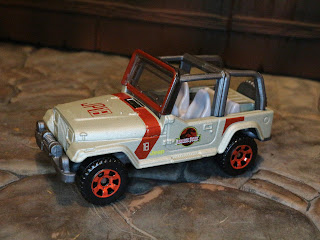 * I loved my Jurassic Park toys as a kid and the "Bush Devil Tracker" was Kenner's version of this vehicle. I loved it! This one also features the designation of #18 which is the jeep that picks up Grant, Sattler, and Malcom form the heliport. It also makes a few cameo appearances in Jurassic World. To be honest, I kind of wish it were Jeep 10, as that's the one that Robert Muldoon drives when he outruns the T-Rex. 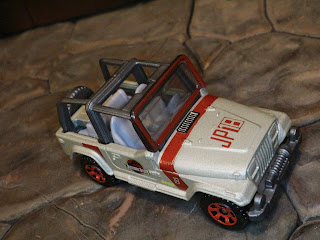 * The sculpt and paint on this vehicle is excellent. I love the red rims on the tires, too. This jeep doesn't feature a top but Mattel apparently has a #12 jeep with a covered top. That's the jeep that Dennis Nedry drives, by the way! I wonder if it has real dilophosaurus spit? 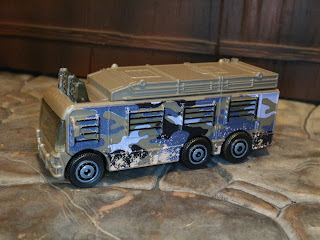 * Interestingly, this should be a two part vehicle but Mattel only included the front part of the mobile lab from The Lost World. Even if you don't recognize the vehicle right away you probably remember the scene in the film where Sarah Harding, Ian Malcom, and Nick Van Owen are dangling from the trailer of this RV over the side of the cliff. 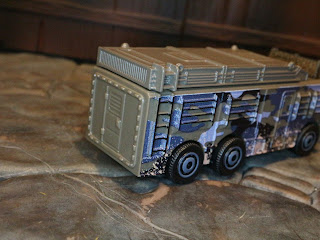 * Like with the Mercedes Benz, I think the paint work is too dark but the work is still admirable. I also like the visible ladders, back door (which should connect to the trailer via an accordion connector), and the extended light bar on top. 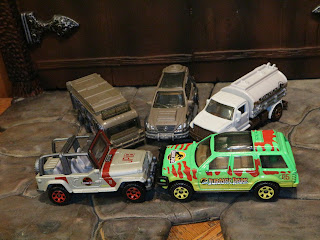 For around $5 dollars the Island Explorers set is giving you five vehicles from the Jurassic Park films, most desirably the Ford Explorer and Jeep Wranglers from the first film. The other vehicles are cool too and definitely make for fun conversation pieces. Matchbox clearly put a lot of effort into these (I think all of them are new sculpts except the maintenance truck, which is probably a reused standard Matcbox sculpt) and while I would have loved to have seen both parts of the mobile lab from the Lost World, this is still a Great set.